The last weeks have seen a lot of public engagement and awareness in the Delhi NCR particularly among schoolchildren, as the Wildlife SOS team has been conducting awareness workshops and talks in the city aimed at increasing sensitization of young children towards the incredible wildlife they share their planet with.

The first talk was at the American Embassy School in New Delhi, for a lively group of fifth graders who were among the most enthusiastic audiences we have ever had! The Wildlife SOS team talked to the children about some of the amazing animals Wildlife SOS works with, and the different ways in which our organisation tries to improve the welfare of these animals in captivity, and conserve the species in the wild. We even discussed ways in which children can get involved and contribute to the conservation efforts of the organisation and help make the world a little safer for animals. The presentation was followed by a fun round of questions from the audience, and the team was pleasantly surprised to find how eager the children were to learn more about our work and the animals we help protect, and the compassion they displayed towards animals, evidenced by their gasps of horror at the stories of cruelty the animals undergo in captivity, and their elation at seeing them finally free and safe at the sanctuaries. 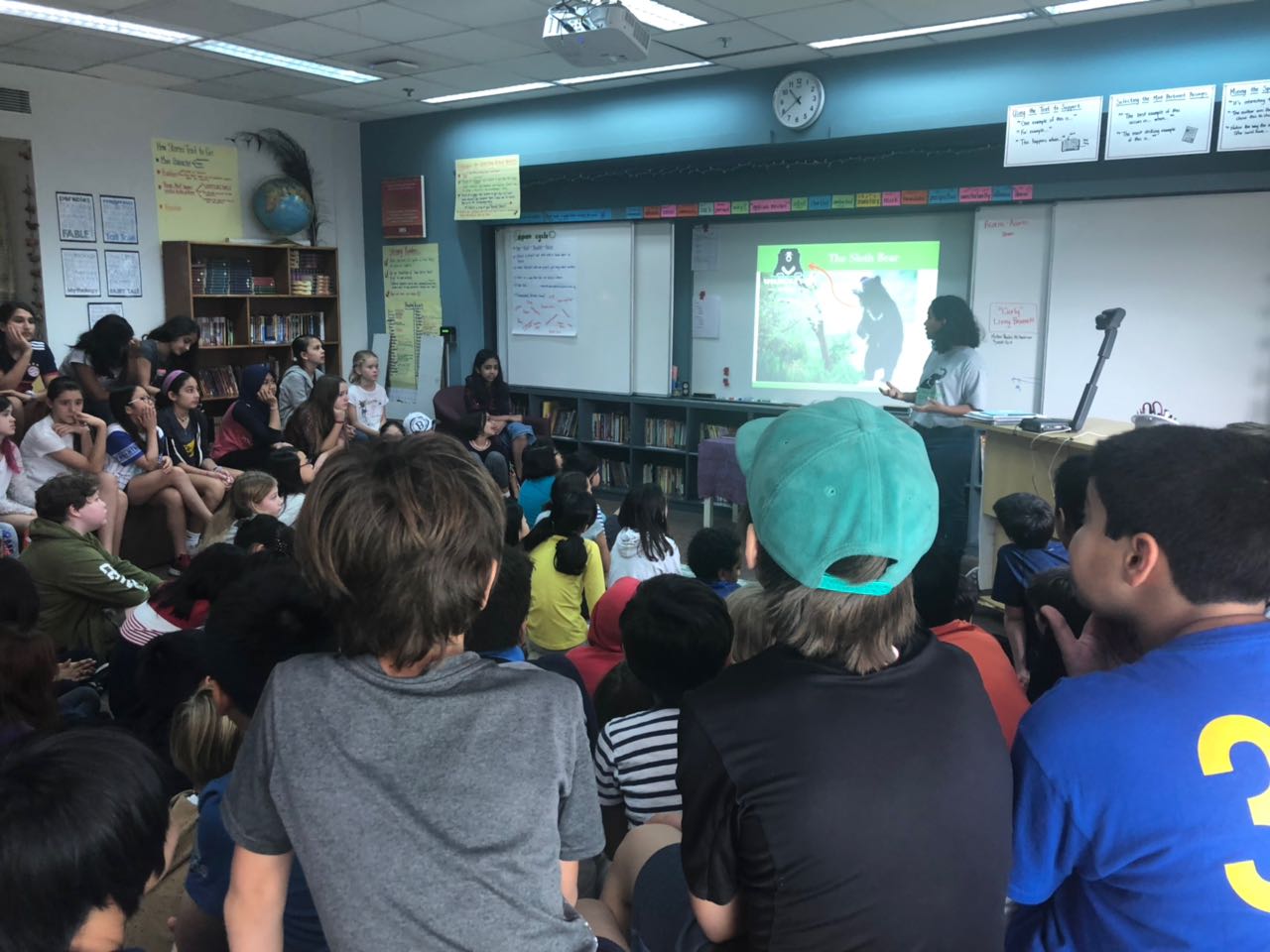 A week later, we were back in front of a group of wide-eyed youngsters, this time at an awareness program for children from government run schools in Gurgaon, organised by the state Forest Department. Although the talk focused on big cats, and Wildlife SOS’ work with leopards and human-leopard conflict in particular, we also took the opportunity to talk to the students about another species we work with that is threatened and by human encroachment and misplaced fear – snakes! 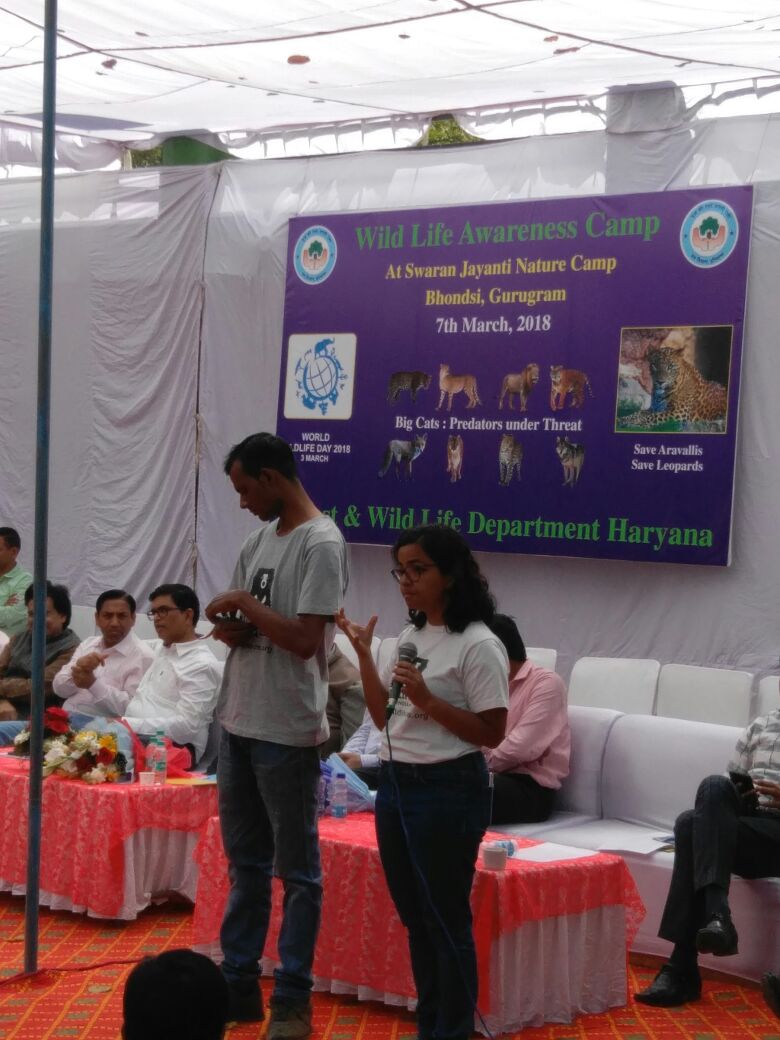 The program was aimed at teaching children about the different types of snakes found in the area, and quick tips on how to identify the venomous ones and distinguish them from ones that are completely harmless. The team also discussed why snakes are important and deserve to be protected instead of feared, while addressing the different threats human beings pose to these highly misunderstood creatures, particularly the common but extremely problematic practice of snake ‘charming’.  The children were particularly thrilled because the team had a rescued wolf snake on hand for a demonstration, and the children got a chance to not only see a snake up close but to witness firsthand the manner in which the rescue team handles reptiles. The children responded extremely well, fascinated by these incredible creatures and promising never to kill or harm a snake out of fear or to promote the poaching and abuse of these ecologically-vital beings by paying to watch a snake charming performance. 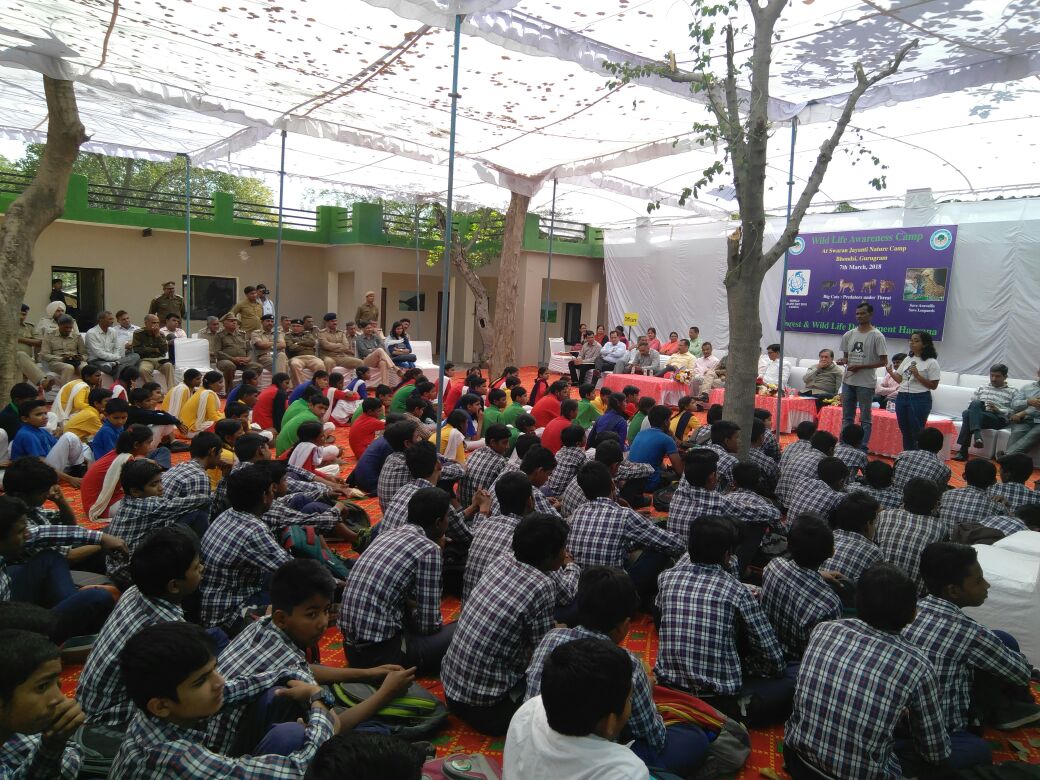 We at Wildlife SOS enjoy conducting awareness programs, particularly for children precisely because of the heartwarming response we get to witness by the end of every workshop. The children always absorb the knowledge they are given, are eager to learn more and display a wonderful degree of understanding and sympathy for threatened or abused animals, which gives us hope for a safer future for the animals we are striving to preserve!