Sarasu had spent almost three years tied to the end of a small rope, performing for her master out of fear and pain. Her Kalandar master would drag her from village to village and force her to make dance-like movements for entertaining both children and adults alike.

Things took a different turn for Sarasu when Wildlife SOS rescued her from the northern state of Uttar Pradesh in 2005, liberating her from such a dreadful life. She was thin, malnourished and weighed just 60 kilograms, when she first arrived at the Agra Bear Rescue Center. 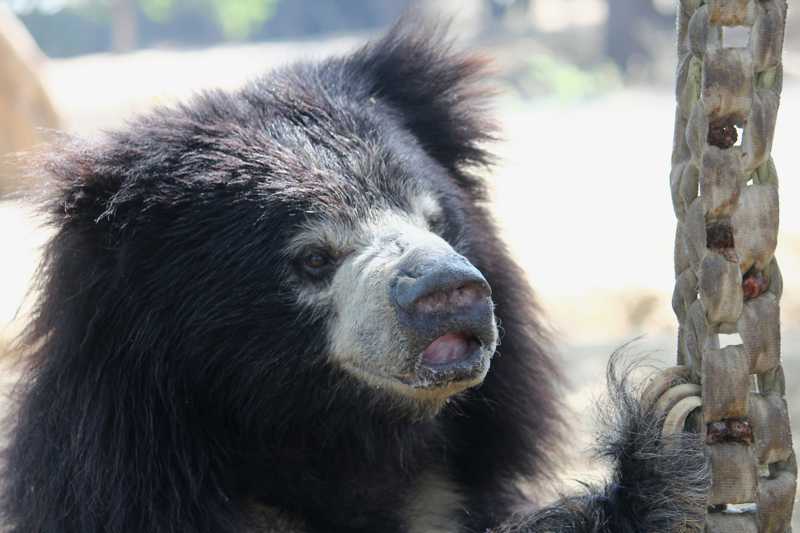 The emotional trauma that each of these bears go through is extreme. Not being able to break free from their captors and reliving being mistreated and abused everyday takes a heavy toll on their physical and psychological condition. Sarasu would initially sit quietly in the corner of her quarantine enclosure presumably waiting for someone to strike at her or drag her through the streets to perform, unaware of the fact that her days of being a dancing bear had finally come to an end.

Given her poor physical condition, our veterinarians immediately prescribed a nutrient enriched diet along with multivitamin supplements and provided her with the love and care that she truly deserved. Over time Sarasu realised that she was in the safe caring hands of our staff who only wished for her steady recovery.

Today, she is a little over fifteen years old and weighs a healthy 124 kilograms. Though she has grown out of her initial inhibited state, Sarasu remains a docile and quiet bear who usually keeps to herself. Her favourite place in the enclosure is her den and she rarely wanders beyond a few feet from her home. She is comfortable with her keeper Deena Nath but will run inside her den whenever anyone else tries to approach her. 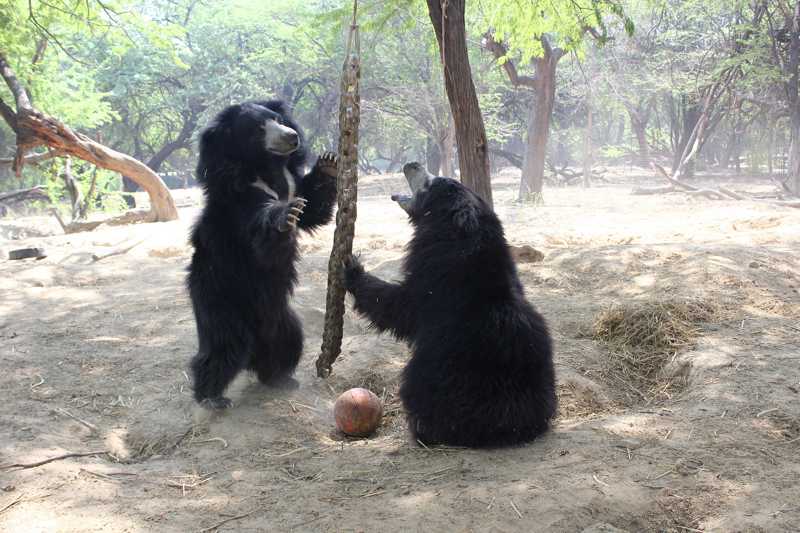 For the most part Sarasu prefers the solitary life but she did share a special bond with a male bear named Herbie. Sadly, he passed away last year shortly after being diagnosed with tuberculosis. For a while Sarasu withdrew into herself and was listless and disconnected from everyone, but it’s encouraging to see that she is now slowly bonding with another female bear named Pembroke Girl and a male bear named Abhay. Abhay and Sarasu often play together and they have taken a great liking to our newly designed enrichment- the hanging braid feeders! Sarasu also enjoys climbing trees and foraging. As the trees provide respite from the harsh sun during summers, she spends most for the day resting on the branches or under their shade.

She is one of the few bears that dislikes multigrain porridge and will only drink milk and munch on fruits. Watermelons, mangoes and grapes are her absolute favourite during the summer season. 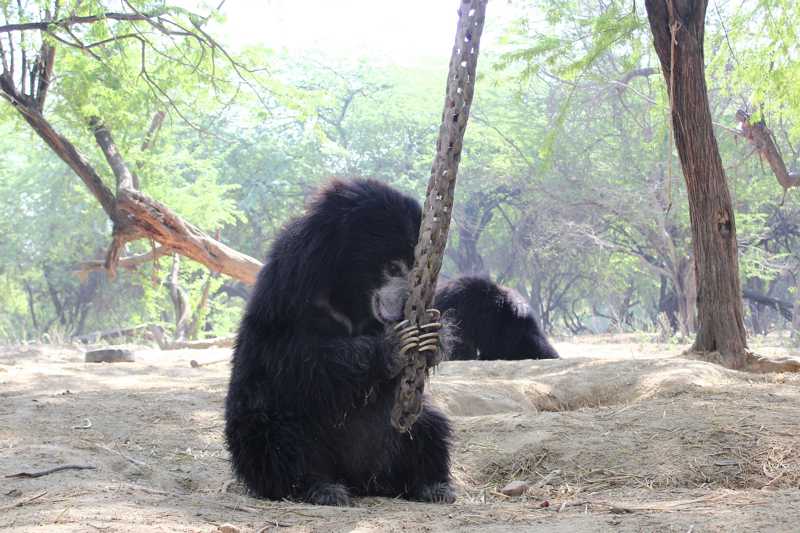 Sarasu recently sustained a wound on her hip region. Our veterinarians and were carrying out regular topical dressing of the wound and administering pain medication. Her wound has now healed completely and she is doing well.

Sarasu has come a long way since her rescue and we would like to thank you for the generous support that you have extended towards her care and for helping us provide a safe and secure home for her!