Wildlife SOS has been working closely with the Jammu & Kashmir Wildlife Protection department and the Forest department since December, 2006 in an effort to mitigate the human-wildlife conflict situation in the state. Additionally, our team organises various training workshops for the forest department staff and they conduct wildlife awareness programs to change the perspective of the communities living in close proximity to the natural habitats of wild animals.

Over the years the Himalayan Black Bear, a subspecies of the Asiatic Black Bear has increasingly fallen victim to human-wildlife conflict situation in Kashmir, India primarily because of deforestation and habitat loss due to the timber industry and forest fires, changes in cropping patterns and encroachment in buffer areas. Conflicts between humans and bears have collateral damage on both sides.  There have been cases of damage to crops and livestock, people being mauled to death and of bears being battered to death or burnt alive as a result of mob fury in the region.

The Thajwas Wildlife Sanctuary famous for its glacier and frozen lakes, is home to unique wildlife species such as snow leopards, ibex, musk deer, Asiatic black bears to name a few. It is located near Sonamarg, a popular tourist destination brimming with hotels and restaurants catering to tourists, especially during the peak season.  In the past decade, with rapid human encroachment, loss of habitat and depletion of prey base, animals inhabiting this natural reserve have been forced to venture out into human settlements in search of food. Human produced waste and other unnatural food wastes from hotels and restaurants act as attractants and have become an easy way for bears to acquire food. Instances of bears raiding garbage bins and dumpsters during nightfall have been occurring all too frequently and have sparked concerns amongst the local residents. 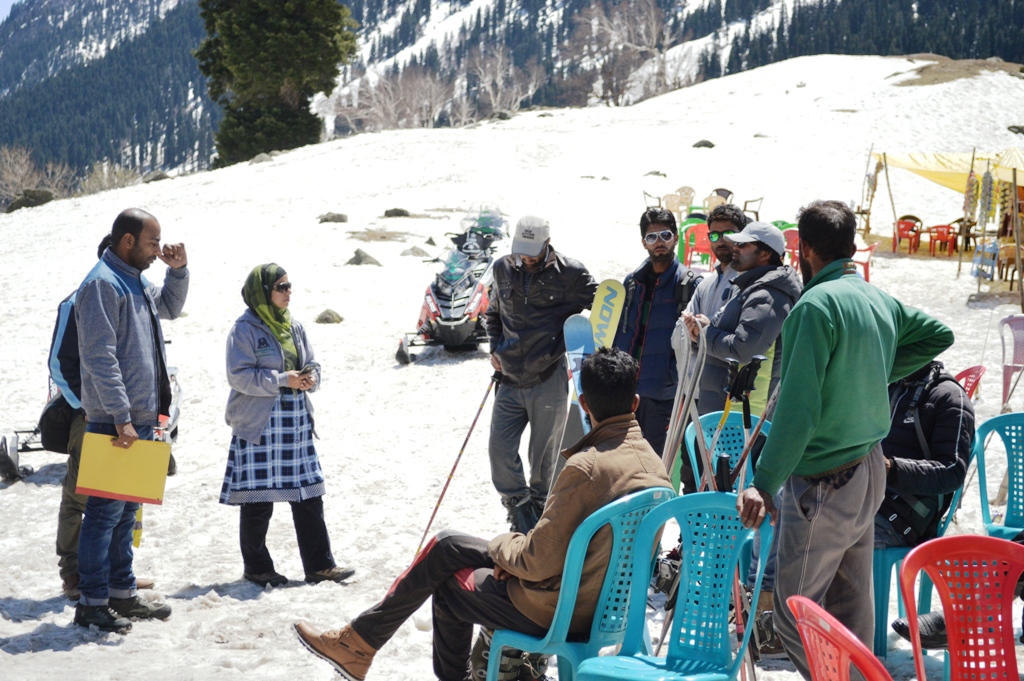 In their efforts to address and mitigate this growing problem, Wildlife SOS Manager & Education Officer Aaliya Mir and her team recently conducted surveys in the area. Furthermore, scat analysis of bears revealed shocking results about their diet, which mainly comprised of trash such as cartons, corrugated boxes, food waste, plastic wrappers etc. These waste products are extremely unhealthy and harmful as the bears may ingest debris or chemicals that can cause internal injuries and diseases.

We have launched a “Be Bear Safe” initiative to encourage the public to adopt proper waste management techniques such as covering all the trash bins in the neighborhood, installing bear proof bins and spreading knowledge of basic dos and don’ts under circumstances leading to conflict. 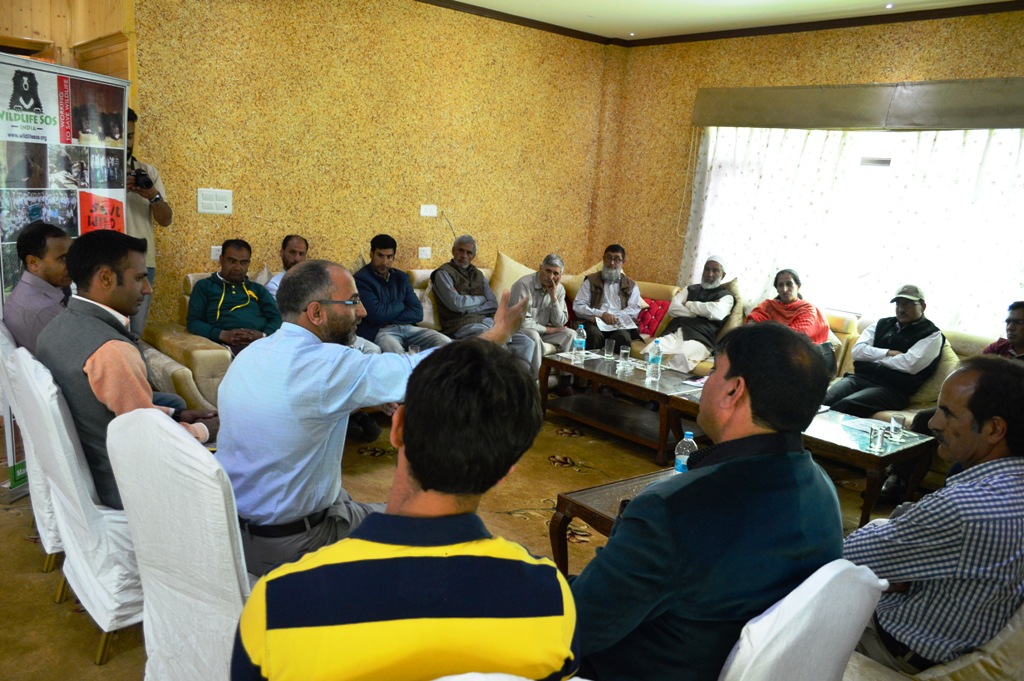 The team also conducted an awareness session which was attended by the Sonamarg Development Authority, hoteliers from the neighbourhood as well as by scientists from the Department of Environment, Ecology and Remote Sensing. Aaliya Mir shed light on the vulnerable status of black bears, their habitat, the reasons for conflict, and ways to develop a more sensitized approach towards resolving man-animal conflicts. She also addressed the issue of how these increasing occurrences are a direct consequence of having destroyed the forest areas, which happen to be the natural habitat of these bears and other wildlife species.

The Wildlife SOS Bear Rescue Centers in Pahalgam and Dachigam in the state of Jammu and Kashmir currently houses 6 Asian Black Bears. These bears have been hand reared and are being taken care of by Wildlife SOS team members in enclosure space provided by the J & K Wildlife Department.