Bollywood actor Sidharth Malhotra first discovered the heartbreaking reality of the lives of India’s captive elephants through the story of one such elephant – Gajraj. A nationwide campaign for Gajraj’s freedom from his life as a captive elephant, highlighting his desperate need for immediate veterinary intervention, moved the actor and he pleaded with his growing fan base across India and the world to fight for Gajraj’s rescue. Thanks to this support, Wildlife SOS was able to rescue Gajraj in June 2017 and bring him to the Elephant Conservation and Care Center, where he now receives dedicated care and treatment, and has shown a lot of progress on his road to recovery. 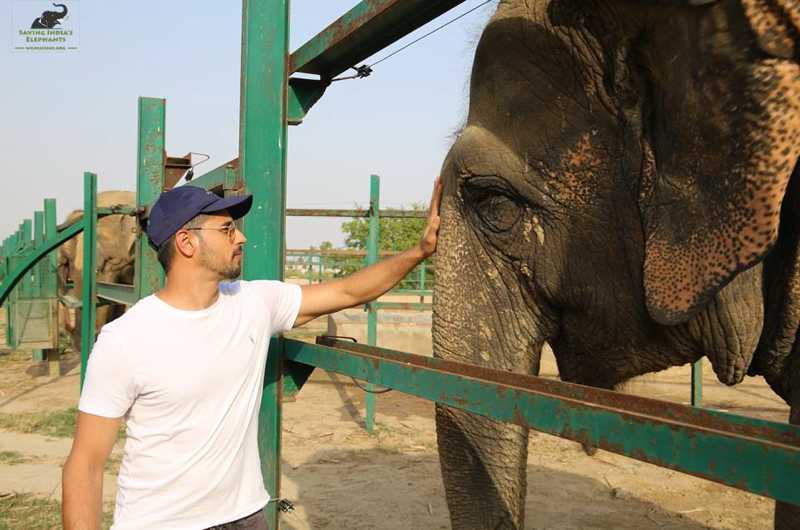 On the 16th of April 2018, things finally came full circle for Sidharth when he stopped by the Wildlife SOS rescue center to celebrate  ‘Save the Elephant Day’ with the elephants and the team. On his arrival at ECCC, Sidharth was greeted by our co-founders, Geeta Seshamani and Kartick Satyanarayan who introduced him to the organization and the project, giving him a more in-depth understanding of the work and mission that the organization is dedicated to. At the start of his visit he was given a personalised tour of our specially designed and first of its kind  elephant ambulance, and got to hear about the rescue operations that are carried out using the vehicle from some of the staff that have travelled on the ambulance and had plenty of anecdotes to share about its journeys. Sidharth was very keen to learn more about the vehicle, asking a lot of questions regarding its various modifications and uses. 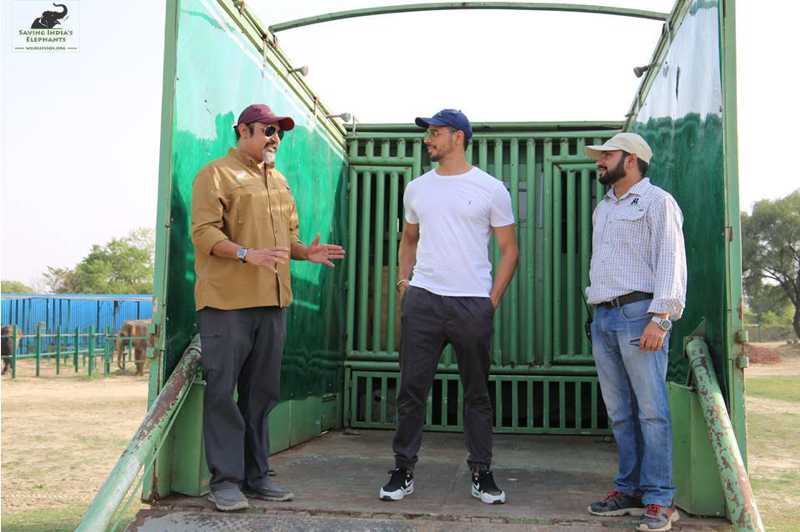 Following this, the actor got to meet some of the incredible rescued elephants at the centre. Even as Sidharth fed our elephants Laxmi, Chanchal, Bijli, Maya, Phoolkali, Peanut, and Coco, the team told him the horrifying circumstances under which each of these elephants had come to be rescued, and explained the feeding habits of the pachyderms, as well as the many different foods that each of them enjoy. Sidharth also got to learn about the dedicated care that each of our elephants receives for the various ailments they come with, which proved a great segue into a demonstration of critical footcare and a demonstration of how Wildlife SOS uses target training to convince the elephants to cooperate even during sometimes uncomfortable but important medical procedures and check-ups. 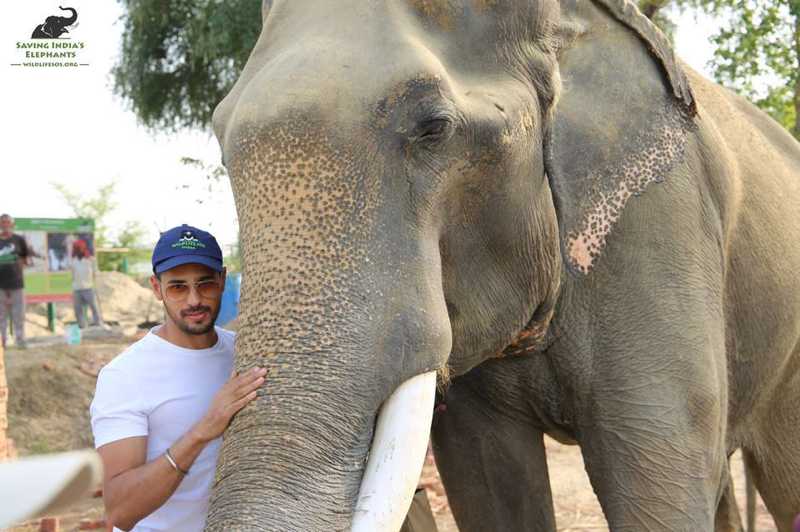 The most meaningful part of the visit for Sidharth was finally meeting Gajraj. Sidharth was overcome with awe at the sight of this magnificent bull tusker, and expressed how surreal he thought the situation was – meeting the elephant that had first introduced him to the inherent inhumanity of elephant captivity and motivated him to champion the cause of captive elephants in India. It was touching to see him finally meet the elephant that captured his heart one year ago!
As a token of our appreciation to Sidharth for supporting our efforts to rescue abused elephants and taking the time out of his busy schedule to meet & learn more about our rescued elephants, we were happy to gift him a footprint of our elephant Peanut, on canvas. 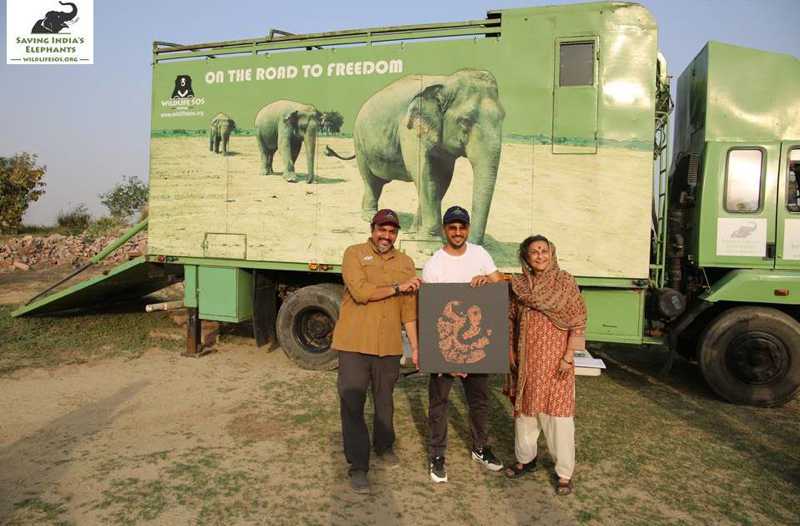 It was a great experience to host an avid animal lover and activist at ECCC. It is important for influential individuals to use their platforms and their following for good, which is what Sidharth did for Gajraj, and continues to do enthusiastically! Wildlife SOS enjoyed being able to host Sidharth in order to bring more awareness to the harsh reality for a lot of elephants on the streets of India.

You can hear what the Bollywood heartthrob, Sidharth Malhotra had to say about his visit to the WSOS’ Elephant Center on The ‘Save The Elephant Day’, by clicking here!