On the banks of the Dal lake in Kashmir, a massive Himalayan griffon vulture stretches out its wings, its massive 8-foot wingspan casting huge shadows on the ground as it attempts to thrust itself into the clear blue sky. Instead, it tumbles further towards the edge of the lake, and emerges struggling, with its feathers glinting with water. By now, the sight of this large, prehistoric-looking bird has attracted quite a number of locals and the gathering group of bystanders looks on nervously as the bird struggles to stay out of the water. The locals are familiar with Wildlife SOS’ work in the region, and someone makes a frantic call to the team. A brief description of the situation follows, and the team is on their way to the lake.
The Himalayan Griffon Vulture is a near threatened species of vulture found primarily in the mountains of South Asia. A sudden decline in population numbers of a number of vulture species in India, including the griffon vulture, at the turn of the century left the species at risk of extinction, till it was discovered that the reason for the decimation of their numbers was an anti-inflammatory drug diclofenac, commonly used in cattle. Vultures feeding on cattle ingested the drug, which caused fatal damage to the birds’ kidney and liver. A ban on diclofenac in India in 2006 spelt hope for the struggling species and populations in the region have recovered considerably since the ban.
At the lake, they are met by a mob of anxious and curious faces.
Worried that the bird would end up in the lake and drown, a group of boys has managed to trap the vulture under a large plastic tub, and the team swoops in to transfer the bird into a box in which they can transport it. The spirited bird puts up a struggle, and it takes a while to calm it down and make the switch. Still, the box is trembling, fear and a frantic desperation for flight agitating its occupant even as it is being driven to a forest in Laljan to check its ability to fly.
Laljan is an open patch of forest, sufficiently secluded to allow the vulture a little privacy for its flight. But, even when it is let out of the box, there is no flight, as the beautiful bird struggles to stay in the air for more than a few seconds before tumbling to the forest floor. 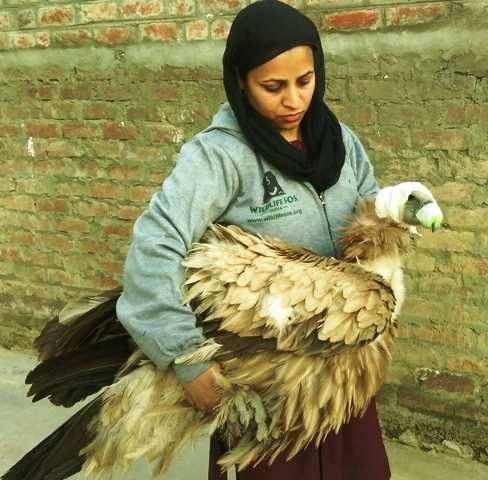 A thorough check up prior to the attempted release had dispelled the team’s fear that the bird was injured although it was partially blind in one eye, and it is concluded that the weakness can be attributed to dehydration, and the bird may not even have eaten for days. A decision is taken to move the vulture to the Wildlife SOS rescue facility in Dachigam where it is welcomed by a second veterinary examination and lots of food and water.
Two days in our care and the transformation is miraculous to behold. Standing regal and healthy, the magnificent raptor flies short distances within his enclosure at the sanctuary with ease, and the team is once again hopeful for a safe release. Still, the bird is kept under observation for another couple of days, to ensure it has completely regained its strength. 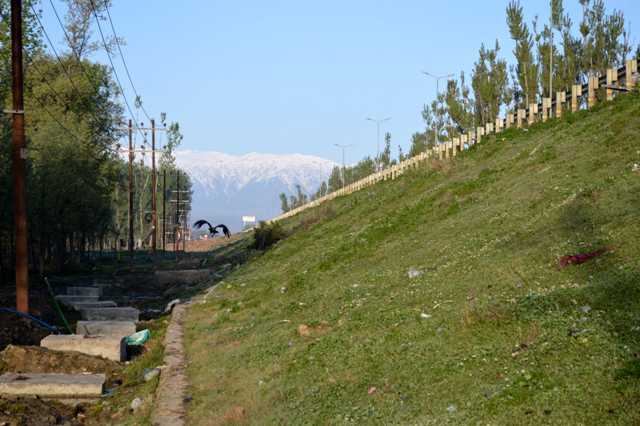 A week after it first came into our care, the vulture finds itself back in its box, being taken on a short trek uphill from Dachigam, where it is let out again. This time, there’s no hesitation, and no desperate fluttering- a single swoop and the bird takes off, disappearing into the blue horizon over the mountains.