The  Indian Leopard, is a Vulnerable species, as listed in the IUCN Red List and is widely distributed in the Indian subcontinent. With an estimated figure of 12,000-14,000 leopards remaining in the country, the need to heed even a single call for help is evident. One such unforeseen event was reported to Wildlife SOS, on 6th October, in the Yadavwadi district, Otur, Maharashtra. The Wildlife SOS team, made no delay and geared up for the 40-kilometer drive to the location. The actualities of the incident included a 7-year female leopard, fallen into an open well, while struggling desperately to stay afloat. The incident was reported by a local  farmer, who approached the well to turn on the pump, as part of his morning routine. He was startled to see the helpless eyes of the trapped animal staring up at him from the well.  The big cat, characterized as a potent swimmer, was drained and helpless and struggled to stay buoyant in the waist deep water. As apprised by the Wildlife SOS rescue team, the villagers undertook the unerring protocol of alerting the Forest Department, who furthered the call to the Wildlife SOS team, managing the Manikdoh Leopard Rescue Center in Junnar.

While, the Wildlife SOS rescue team drove out to save the leopardess, a team of forest officers assessed and contained the situation. Keeping in mind, the safety of both the villagers and the leopard , the team coordinated efforts to keep her at bay from drowning. They collectively lowered a wooden ladder into the 30-feet deep well, rendering a temporary support to the terror-struck leopard, who shinned on the provisional platform instantly in order to stay suspended. 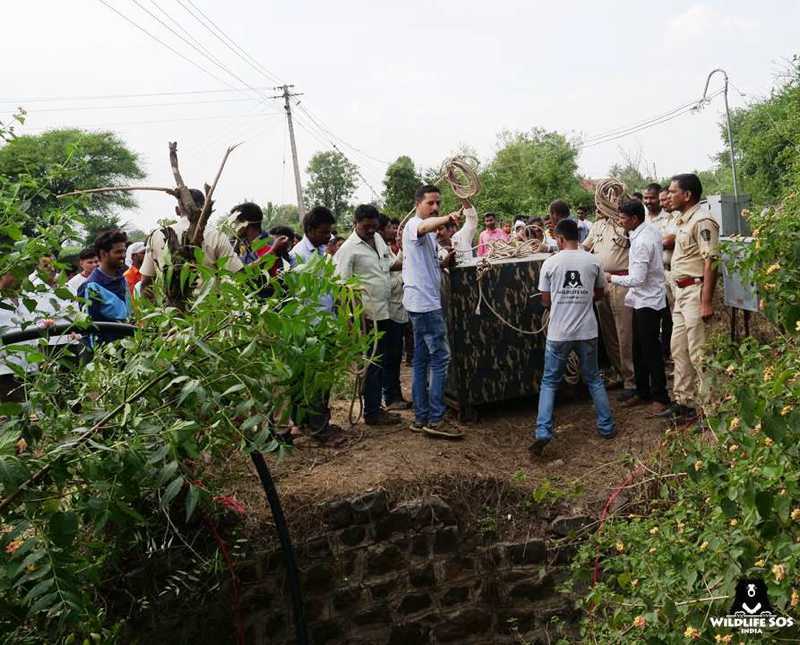 Once the Wildlife SOS team arrived at the scene they spent no time in further delay and decided to lower a trap cage for the leopard to leap into. Considering all measures of comfort, the trap cage was placed at a close proximity, with its open door angled towards the leopard fostering for an easy climb. The team’s endeavor was reciprocated by the leopard as she immediately climbed on the dry cage, almost as a stairway to life. As the accommodated cage was lifted, the prevalent panic among the onlookers was restricted by the Forest Department team.

The chief concern of the Wildlife SOS team centers around the well-being of the leopardess and her safe return to the habitat. Consequently, observations and necessary checkups were carried out at the Manikdoh Leopard Rescue Centre. The large cat was not only assessed and given the required treatment but also was safely released back into her natural habitat. 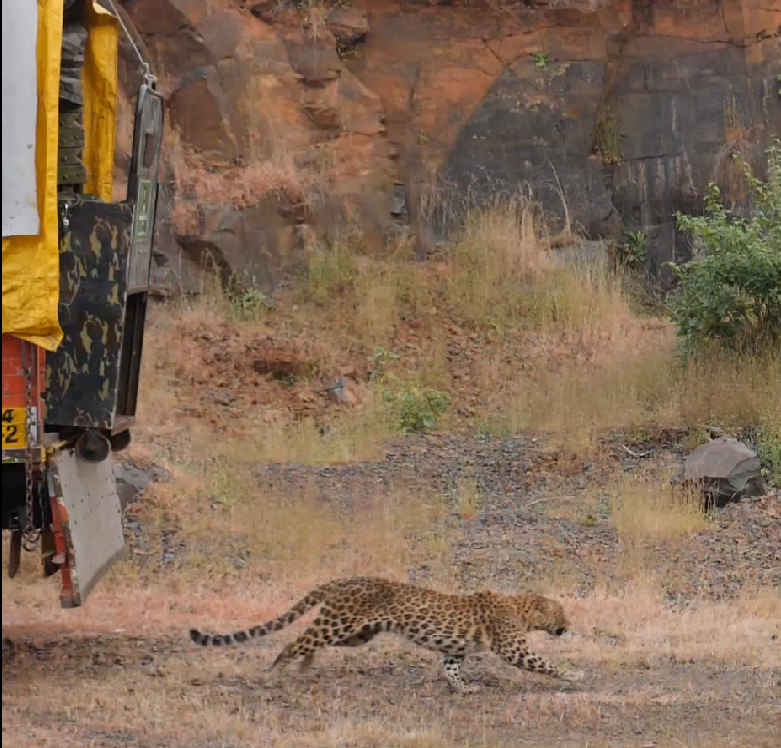 Instances of man-leopard conflict are widely reported, in the densely populated region of Junnar, Maharashtra. The exigency is to understand how expansion of human civilization has facilitated to the high occurrence of such incidents. The habitat of this species is wedged between the village occupied areas and the forest reserves. Therefore, blurred boundaries often result in the trespassing by the animals into the human inhabited regions. Existing on the periphery of human settlements, there is a need to initiate and implement ways for mutual coexistence for humans and animals, and stay vigilant in order to circumvent such cases. After all, it’s their world too!