The Telangana State Forest Officer Academy at Dulapally, Hyderabad has decided to include visit and training at the Wildlife SOS Manekdoh Leopard Rescue Centre as a part of its two year training curriculum. This is owing to the efficient management and mitigation of the Man-Leopard conflict in the region by Wildlife SOS and the ceaseless efforts to raise awareness in villages and residential areas which are conflict prone. This endeavour has resulted in the increased sensitization of people living in regions adjoining the forest because of which they have become aware of the plight of the leopards in the area and their crucial importance in the ecosystem balance. They have also been taking the necessary precaution thereby considerably decreasing the chances of any untoward incident.

66 trainee officers from the Telangana State Forest Academy in Hyderabad paid a visit to MLRC to learn about leopard biology and behaviour and the management of conflict in leopard prone regions. The new recruits were given a tour of the centre where they were acquainted with the various operational aspects of a leopard rescue and rehabilitation centre and about the care given to rescued leopards. Thereafter Dr. Ajay Deshmukh, Senior Wildlife Veterinarian, Wildlife SOS conducted a workshop where the RFO’s were told about their role and importance in regions prone to man-animal conflict, such as Junnar and how these officers can play a significant part in its mitigation.

The officers were informed about the various emergency situations that could arise in buffer areas where there is considerable interaction between the man and animal populations and how to manage these cases. They were also told about the various precautions to be kept in mind while preparing for rescuing of leopards. The trainees were made aware of the fact that handling situations of conflict and rescue were not immediate or one time affairs and that the officers will have to constantly be on their toes, working round the year, building connections with the local police department, veterinarians and residents of the villages where there are higher chances of conflict. This helps in the efficient handling of any situation because of their increased cooperation and help. 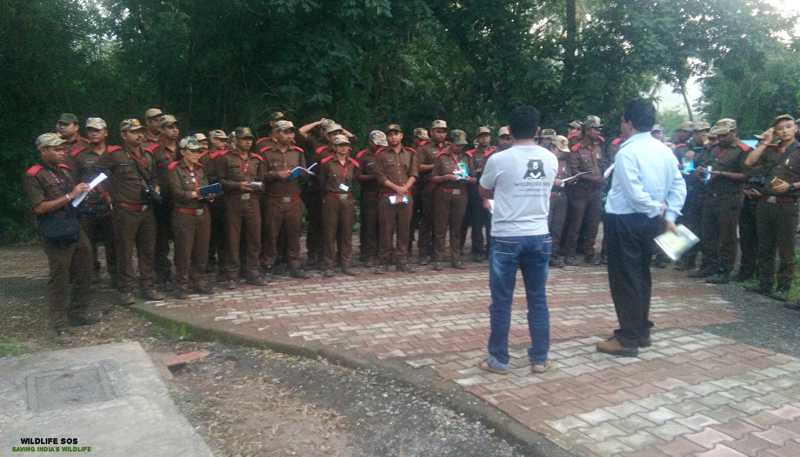 Following this the officers were shown the trap cages and were explained its placement and functioning and the situations where they are to be used. The officers were discourage from giving in to pressure by villagers to relocate leopards simply scared by a remote sighting as unnecessary relocation of the leopards also leads to increase in incidences of conflict.

The trainee officers were also briefed about reuniting leopard cubs with their mothers and the meticulous process to be followed for the same. They were also told about the care to be given to rescued animal and the formalities to be observed and followed. Apart from this they were made aware of the process of appointments of foresters and forest guards.

The officers had previously visited many zoos and rescue centres for leopards but were intrigued about the presence of enclosure enrichments like climbing platforms and scratch posts for leopards at MLRC which they hadn’t seen anywhere else. Dr. Deshmukh then explained to them the crucial need for enrichments for rehabilitated leopards to provide some form of entertainment and prevent boredom which is very deleterious for the animal. The visitors also inquired about the various aspects of leopard biology and behavior, like preferred habitats and gestation periods. The trainees were a very keen and curious audience for the entire duration of the workshop and their active participation gladdened us and gave us hope that these officers are going to bring a great positive change for the threatened wildlife in India. 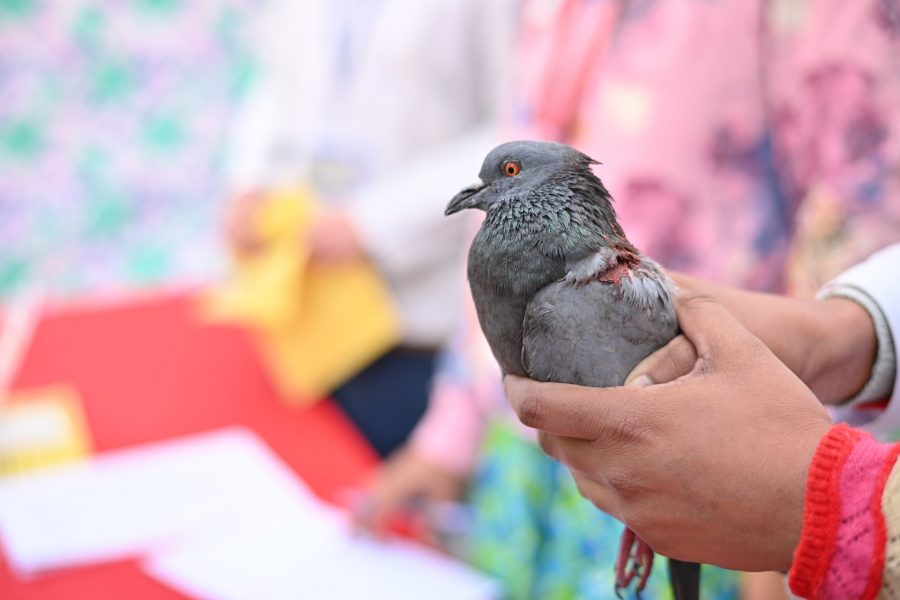