At dusk, the elephants come. Two large bulls soundlessly enter the paddy fields and begin wandering through the standing crop, their powerful trunks breaking large bales of the crop at its stalk and stuffing it into their mouths. Underfoot, the massive weight of their bodies crush through the crop that they do not eat.

A member of the Wildlife SOS team, who had been carrying out a routine survey and awareness program in the area is forced to stay behind and watch. Even as the skies darken overhead, the villagers refuse to let her leave.

In the wake of their seemingly innocent evening meal, months of back-breaking toil and the sole livelihood of the villagers of Mahasamund is left crushed into the soil. The villagers awake to another morning of heartbreak and the growing fear for the lives and futures swells further.

“Where else will we go? This is our home, we have nowhere else to go.” 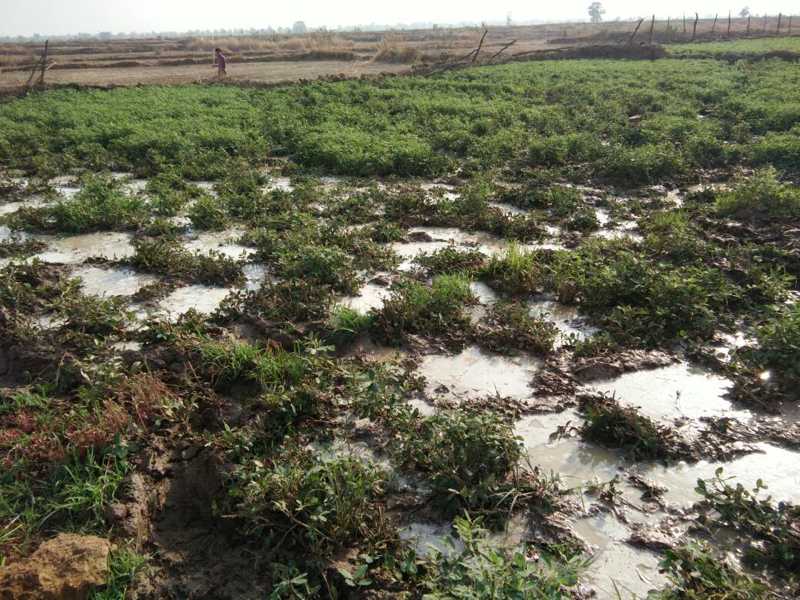 Some nights later, on a forested path, a young man looks pleadingly at the Wildlife SOS team through sleepy eyes still adjusting to the dark. The village has been issued an alert to evacuate. The entire herd is on a rampage in the village, effortlessly smashing through the mud walls of their houses, tossing thatched roofs helter-skelter in pursuit of stored grain and country liquor. Alarms blare and the villagers are rushed out, human casualties are hardly uncommon when the elephants come visiting. As the Wildlife SOS team surveys the abandoned villages the next morning with the Forest Department, it looks almost war torn – in shambles, rubble where houses used to be, deserted and desolate.

The conflict between the elephants of Mahasamund and the local people has claimed numerous lives, and shows no signs of slowing down. The displaced elephant refugees have traveled far, over 200 km, and settled here, bringing with them a destruction and devastation so far unheard of in the region. Their large size, and their numbers, dictate the need for plenty of space to roam and plenty of food to eat. But despite their large size, they move soundlessly, weaving through fragmented but dense jungle and cultivated fields apparently at randomly and without a sound. It is nearly impossible to predict where they will go next and when. Our field teams have been tracking them for months and they have shown no patterns of movement. In fact, they don’t even show fixed grouping behavior – the herd separates and rejoins, the bulls move individually and then suddenly group up again.

This quietness and the arbitrariness of their wandering coupled with the denseness of the patches of forest in which they hide makes it almost impossible to track them, and hence impossible to set up a warning system for when they are about to arrive. 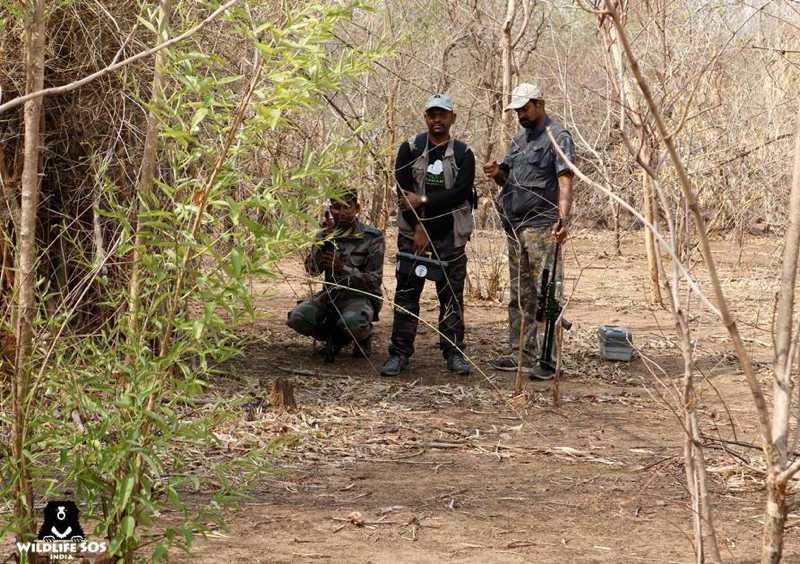 Collaring the elephants is the only option, and is critical to understanding their movement, behavior, crop raiding patterns and setting up an early warning system for evacuations and mitigation programs. In the interim, we have stationed full time trackers and biologists on site, who follow the elephants and alert the locals about their movement. They also run awareness programs in the region on conflict mitigation, avoidance behavior and other ways in which people can stay safe while sharing their landscape with these giants.

In the last month, the Wildlife SOS team carried out a pilot survey to better strategize the tranquilization. They were joined by our senior advisor on the project, Mr. Ajay A. Desai, who brought with him decades of experience in the field, as well as two more experts in wild elephant immobilsations – Dr. Arun Zachariah and Dr. Kalaivanan – with members of the local Forest Department.

Temperatures were soaring, upwards of 50 degrees Celsius on some days, causing the dart syringe apparatus to expand and malfunction. Since the dart in that condition would not be able to reach the targeted area, the sedatives would fail to act. Added complications arose as the vegetation in the forested areas is so dense that it would be impossible to dart from afar, but getting suitably close to the elephants without risking the lives of the team seemed equally impossible. Darting needs to be done with exceptional care, and without spooking the animals and causing a rampage, so it is essential that the vet has a clear shot – impossible at sundown or at night, which is the only time the elephants seem to venture out of the thick jungles and into the open fields. 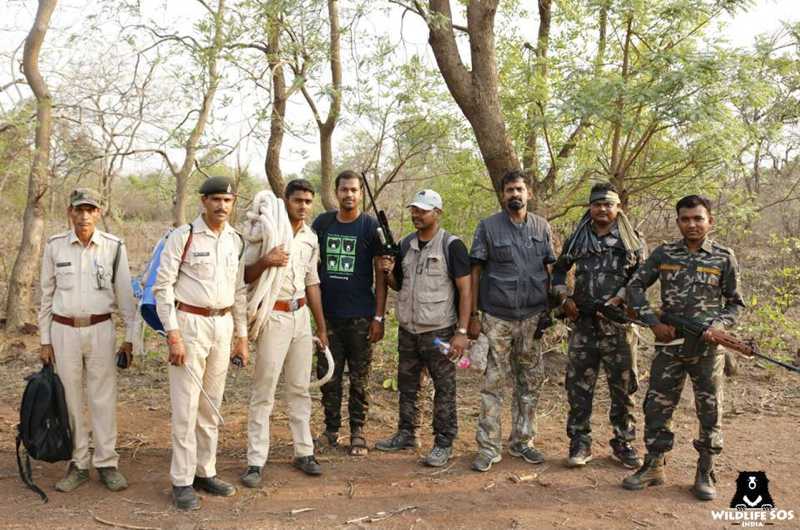 Although the darting was unsuccessful this time, the survey allowed the team better insight into the problems they would likely face during the actual tranquilisations, and should help them reassess and analyse the situation to develop the safest and most effective way in which to carry out the darting and collaring. The Wildlife Institute of India will also be involved as part of a collaboration with Wildlife SOS to help overcome these hurdles and work together towards a safer future for the elephants and the local people.