Maharashtra is known to have a rich population of leopards and for years, these elusive cats have been living and breeding quietly amongst the growing human population residing in close proximity to their natural habitat.

However, in recent years, due to the rapid infringement of human settlements and expansion of agriculturally used land near the vicinity of forested areas, the Junnar region of Maharashtra has seen a dramatic increase in man-animal conflicts. A recent incident resulted in the death of a 32 old woman who was mauled by a leopard in Ranmala village, located a few kilometres outside of Pune.

With unwarranted invasion and destruction of their natural habitat, the leopards find their territory and prey base depleting and are forced to venture into the tall sugarcane fields for shelter and seek out domestic animals and livestock for survival.

Wildlife SOS is dedicated to the cause of protecting and conserving wildlife across India, therefore, we make it our responsibility to take immediate action by addressing such conflict issues and working towards resolving and avoiding such occurrences. In the last couple of months, the Wildlife SOS team at the Manikdoh Leopard Rescue Centre has been working closely with the Maharashtra forest department to spread awareness about leopards and methods of mitigating man-leopard conflicts across villages in Junnar district. 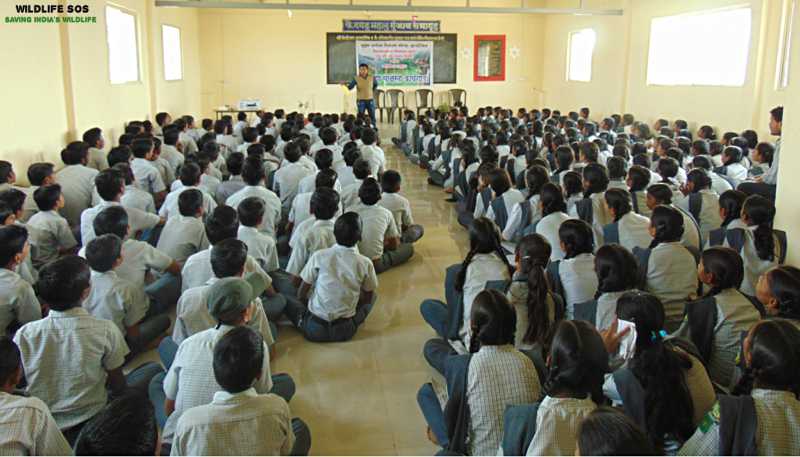 Earlier this month, Dr. Ajay, senior veterinarian at our Manikdoh Leopard Rescue Centre was invited to conduct interactive sessions with 300 students from Baleshwar High school and Samarth Polytechnic College in Belha village as well as with nearly 1000 students from Alle College in Alephata village. The talks were organized by the Deputy Conservator of Forest Mr. Vithal Dhokate, and Dr. Ajay was accompanied by, Mr. Manoj Hadole, Junnar Paryatan Vikas Sanstha and Forester Mr. M. Kharmale.

Dr. Ajay expressed his love and fascination for this majestic feline and went on to talk about leopard biology and behaviour, their habitat, the reasons for conflict, and ways to overcome these problems. The students took great interest in learning all about the leopards and sat attentively throughout the course of the discussion. They took active participation during the interactive session and were eager to have all their queries answered.

Following the success of the awareness programs, Wildlife SOS in collaboration with the forest department, spearheaded a training program for several regional rescue teams in the state. About 60 officials from Nashik, Thane, Borivali, Dhane, Ahmadnagar, Sangamner and Junnar were in attendance, all of whom very keen on sharing their experiences, both good and bad while conducting rescue operations. 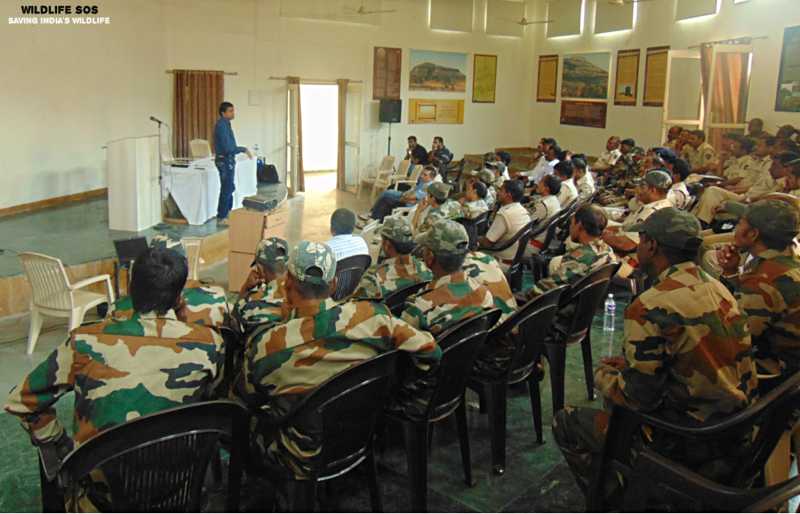 The session focused on developing communication skills in the field and alternative methods for overcoming man-leopard conflicts. They teams also demanded certain provisions from the forest department in order to be better equipped for such tasks. All in all, the program was quite an eye opener for most as the interaction between different regional rescue teams brought about an improved knowledge about handling such rescue operations in the future.

The Manikdoh Leopard Rescue Centre in Junnar, near Pune is managed by Wildlife SOS in collaboration with the Maharashtra Forest Department and it provides temporary or life-time care, for leopards injured by villagers or trapped in conflict situations. Our primary goal is to contribute to the conservation of the imperiled Indian leopard population on one of the most heavily human populated and dominated landscapes in the world.