In 2021, it is common knowledge that the illegal wildlife trade has devastating consequences on our ecological balance and biodiversity, gradually driving species to the brink of extinction. Yet it is estimated to be a multibillion-dollar industry run on the crutches of corruption, dangerous international networks and a broken moral compass. The criminal syndicate is an intricate web resulting in the overexploitation of rapidly depleting wildlife, incessantly expanding as the demand, opulence and technology in the trade continues to rise. Today, the wildlife trade is on an all-time high, posing a direct threat to the survival of countless species.

India is the land of multifarious cultures, aromatic spices, spectacular landscapes and a biological richness that comprises some of the world’s finest flora and fauna. However, its vibrant natural order has transformed the mighty nation into a hotspot for illegal poaching and wildlife trafficking which poses a significant threat to the species native to the land. This includes a diverse range of animal products such as pangolin scales, tiger and leopard skins, bones, claws, whiskers, mongoose hair, snake flesh, rhino horns, elephant tusks and ivory, deer antlers and many more. However, a huge chunk of this trade is meant for the international market and has no direct demand in India.

This occurs in spite of the fact that India has one of the strongest legal and policy frameworks to regulate and restrict illegal wildlife trade. Under the Wildlife Protection Act of 1972, the trade of over 1800 species of wild animals, plants and their derivatives is prohibited. India has also been a member of the CITES (Convention on International Trade in Endangered Species of Fauna and Flora) since 1976. CITES is an international agreement between governments across the world that aims to ensure that international trade in specimens of wild animals and plants does not threaten their survival. CITES works by subjecting international trade in specimens of selected species listed on its Appendices to varying degrees of controls.

India has a long history of large-scale poaching as a sport, dating back to the 16th century. Hunting wildlife such as tigers, elephants and rhinos began as a tradition in India when the Mughal emperor Jalal-ud-Din Muhammad Akbar fell in love with the activity. From then on, the practice of hunting was declared a recreational sport and was perceived as a royal activity that doubled as a sign of power and wealth.

With the promulgation of the Indian constitution in 1950, India abolished its monarchy and became a republic within the Commonwealth of Nations. However, the allure of rank, supremacy, regality and grandeur persists. Those with disposable income continue to chase the majesty rooted in India’s imperial past, often sacrificing empathy and commodifying the lives of living, breathing creatures in their pursuit of eminence. No royal wedding is complete without an extravagant procession of elephants decked in gold headdresses and camels adorned with intricate embroidery bearing the ponderous load of the groom on a golden throne. Many across the globe acquire wild animals for their personal amusement or to flaunt their private collection. Tigers, Elephants, Leopards, Antlers and legions of other species are victims of this callous practice.

In India, hunting also has strong cultural roots. Many tribal communities have dedicated annual hunting festivals fixating on archaic traditions and prehistoric folklores that no longer work in today’s environmental context. In many cases, ghastly animal abuse and killings are followed by elaborate rituals or offerings to a deity. However, the goal of this practice is rarely to obtain meat for consumption. Animal body parts are used in the form of traditional costumes, ceremonies, medicinal products, exotic pets and rare souvenirs.

For example, the skins of monitor lizards are used to make drums and their genitals are considered structurally similar to the Hatha Jodi plant said to be laced with divine powers that bring prosperity, and are sold widely across South Asia. Owls are victims of superstitious beliefs and rituals, often sacrificed in the name of black-magic rituals and practices linked with superstition, totems, and taboos. Owl parts such as the ear tufts, feathers, beak etc are considered to be a good omen and prescribed for ceremonial practices. Leopard skins are used by local saints and tantriks (occultists) for elaborate religious displays. Peacock feathers are a common souvenir among tourists.

The illegal wildlife trade has disastrous outcomes in terms of not just species conservation but also human well-being. Rampant poaching and the trade of endangered species jeopardize entire ecosystems thus threatening vital links that can disrupt the global biological diversity.

Like several other countries, in India, the problem is not of the laws but that of the flawed implementation and execution of them. Often, bona fide efforts to curb the wildlife trade are subverted by a lack of political will and financially motivated duplicity.

The Wildlife SOS anti-poaching unit “Forest Watch” works tirelessly in collaboration with the forest department and various law enforcement agencies to crack down on traffickers and smugglers, recover animal parts and conduct grassroots-level training workshops focusing on capacity building and wildlife crime prevention in the field.

Learn more about it here: https://wildlifesos.org/conservation/anti-poaching/

There is an urgent need to put an end to all illegal wildlife trade that has endangered and driven many species towards extinction. As citizens of the world, we can do our bit by spreading knowledge and awareness about the illegal wildlife trade and about its catastrophic consequences. From wildlife rescues, field research and law enforcement, Wildlife SOS is involved on every level to discover what the threats are to wildlife and end them.  We hope you will join us in this fight against threats to India’s wildlife and help to end them! 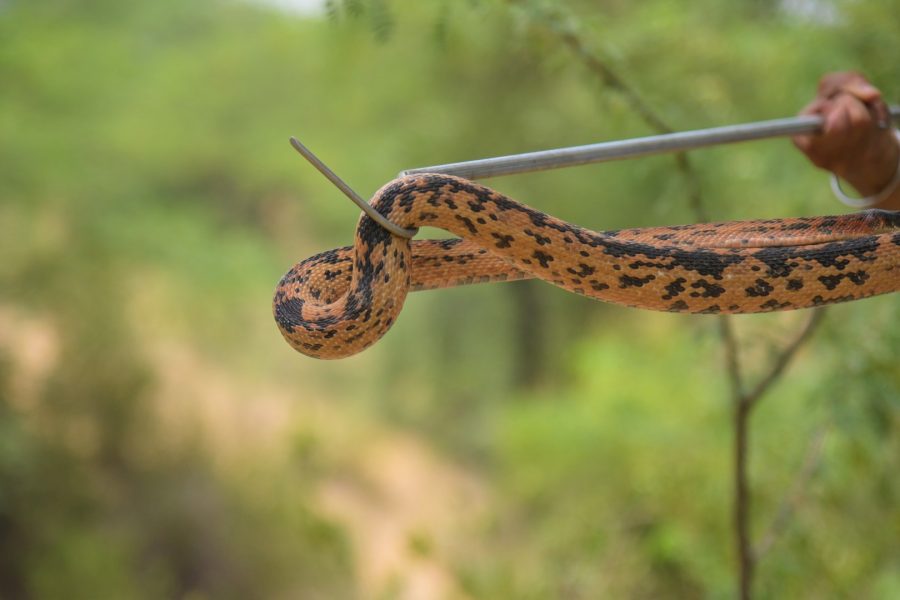