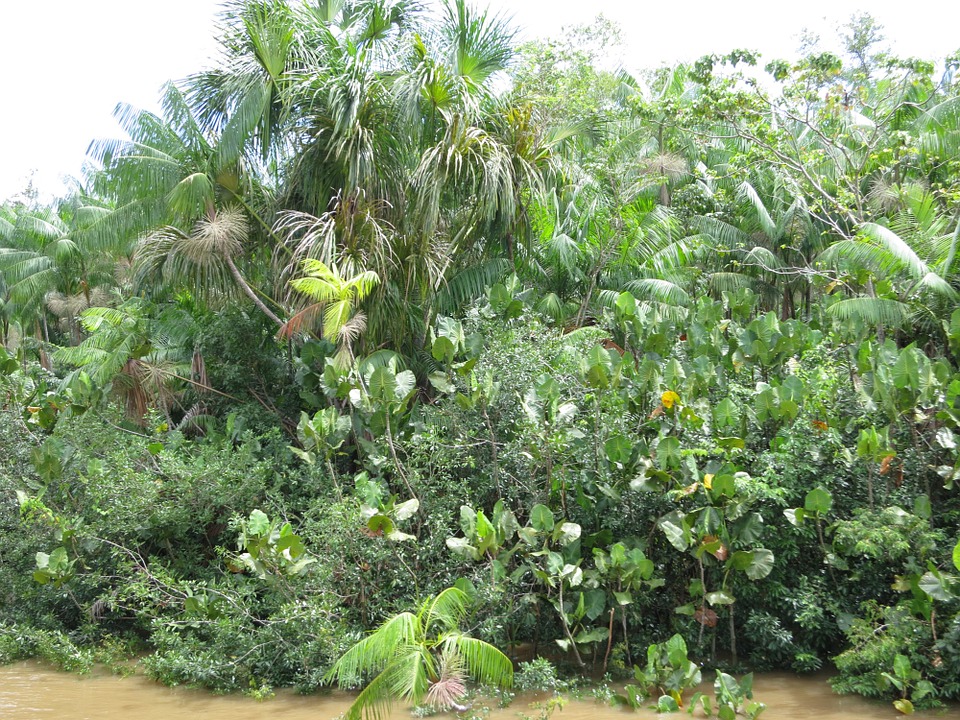 Amazon forests extend over 550 million hectare land area encompassing several countries namely Brazil, Paraguay, Bolivia, Colombia, and Venezuela etc in the continent of South America. The extent of the forests is 1.7 times the total geographical area of India, which is 320 million hectare. With such an enormity the trees in these forests, take in 2 billion tones of CO2 every year and produce 6% of World’s oxygen & 20% of fresh water.

A study by Science journal ‘Nature’ suggests the economic benefit of leaving the ‘Amazon Rain Forests’ in its current state would be 8.2 billion dollar a year. Deforestation and degradation of these forests would lead to a fall in rain water and agricultural losses of 422 million dollar and other social and economic losses valued in monetary terms would be as much as 3.5 trillion dollar over a period of 30 years.

The area where tree growth is cleared in Amazon is not under any economically viable and productive use. In fact large patches of such areas are low productivity cattle pasture and many such patches are even abandoned. President of Brazil Jair Bolsonoro, who took office on 1st January 2019, is all out for development even at the expense of environmental degradation. After his taking over the office there has been mindless clearing of tree growth for expansion of agriculture and mining etc. Local inhabitants are expanding their agriculture and burning the wood, which has been the source of fire that brought forests in flames for months together.

There was international hue and cry and several countries pleaded with Brazil for action to check the destruction of forests, but President remained defiant. He was reminded of 2015 Paris accord that the Green House Gas (GHG) emission be checked so that the global temperature rise is restricted to 20 Celsius as compared to pre industrial temperature, yet he reiterated that development is the priority for his regime.

As 60% Amazon forests are in Brazil, world bodies have to engage with the regime sincerely. Scientific researchers have established that these forests are important for the survival of mankind. Such large scale forests are biotic pumps, which can bring rains in regions located few thousand kilometers from the coast line. And without rains, not only agriculture sector across the continents will suffer, but the economy of even Brazil will collapse.

The Biotic Pump Theory:
During the past thirty years there have been growing concern over human induced climate change, we ignored hydrological role of rain forests and only focused on emission of green house gases like Carbon dioxide, nitrous oxide, methane from industrial pollution, burning of fossil fuels, burning of forests & agricultural wastes and variety of other human activities.

Two Physicists named A M Makarieva and V G Gorshkov from St Petersburg Nuclear Physics Institute, Russia have studied and brought out a paper titled “Biotic pump of atmospheric moisture as driver of the hydrological cycle on land”, which was finally published in “Hydrology and Earth System Sciences” on 27th march 2007. It has been observed that water from the land flows in oceans under gravity and the loss of water from land is continuously compensated by atmospheric transport of moisture from ocean to land. Using data from terrestrial transects, the Physicists have found that air fluxes can transport moisture over non forested areas for few hundred kilometers; precipitation decreases exponentially with distance from ocean. In contrast precipitation over extensive natural forests is independent of distance from ocean for several thousand kilometers. This explains the existence of an active biotic pump transporting atmospheric moisture inland from the ocean. A Physics principle is formulated to explain the phenomenon of biotic pump and according to which the low level air moves from areas with weak evaporation to areas with intense evaporation. Due to high leaf area index, tropical evergreen forests maintain high evaporation fluxes, which support the ascending air motion over the forest and “suck in” moist air from the ocean, which is essence of biotic pump of atmospheric moisture, resulting in enhanced precipitation at any distance from the ocean. Land with low leaf index vegetation can lead up to ten fold reduction in precipitation and run off. The evidences testify that an intense terrestrial water cycle is unachievable without extensive forests covering the width of the continent.

Theoretical claim of Physicists is supported by worldwide observations that the condensation of water vapor at cloud forming altitude bring about a sharp reduction in local atmospheric pressure, resulting in implosion of sufficient strength so as to suck air from the surface. Trade winds from Africa to equatorial South America pick up moisture from Atlantic Ocean, which is carried by the wind and is sucked in over Amazon’s forests. This way hydrological cycle drives mass circulation of air, and can be understood to be driven by processes of convection that takes place over 550 million hectare Amazon basin. The ‘fuel’ for the convection being contingent on the high rate of water vapor pumping from closed canopy vegetation.

Without the biotic pump, Amazon would be a desert:
If the forests are to disappear, then moisture would no longer be sucked in, and given the natural fallout rate of rainfall, some 600 kilometers from evaporation to precipitation, the land would dry out and turn into desert.

Deforestation though is a matter of concern, biologists, ecologists and climatologists are adamant with their view that the surface winds will keep blowing in the same pattern, as it was prior to deforestation. And thus rain will still get deposited in deep interior of the continents especially along equatorial tropics. Biotic Pump theory of two Physicists thus did not have acceptance among scientists of other streams.

Peter Bunyard, a researcher in University of Sergio Arboleda, Bogota, Columbia and the founding editor of “The Ecologists” has interacted with two Physicists and found them standing by their theory. In the face of much skepticism, he designed laboratory experiment and confirmed the theory. His paper “Without its rain forests, Amazon would turn to desert” was published in “The Ecologists” on 2nd March 2015.

Experimental confirmation of Peter Bunyard has also silenced the argument that forests consume water and competes with other downstream water uses such as agriculture, industry, energy and households. This conclusion is half truth. In fact more than it consumes, it supplies water to atmosphere through evapo-transpiration, facilitating its cross continental transport and promoting precipitation at local, regional and global level.

Such is the importance of Amazon forests, life of the human and livestock population across the continents can be impacted. Even slow degradation of these forests will make alarming changes in climatic conditions. World bodies would hopefully reach out to concerned regimes for survival of mankind.