For centuries, sloth bears have been associated with the cruel practice of ‘dancing bears’ in India. Wild bears were captured at a young age and trained using brutal methods for entertainment purposes, as a sole means of survival by the impoverished Kalandar community. Although declared illegal in 1972, this practice continued in many parts of the country. For decades this followed, sloth bear cubs continued to be poached from the wild, their mothers either  killed or kept captive. The bears were beaten, starved, mutilated and often kept in dire conditions. They were exposed to a red hot poker that was driven through their muzzle and a coarse rope would be strung through the wound left behind. The rope was then tugged and twitched, resulting in the bear jumping in agony. This therefore was often misinterpreted by the onlookers as a form of ‘dance’. The lack of awareness and misconceptions by the people, blurred the existent brutal treatment received by the sloth bears and led to the thriving of such practices. Over the years, this was the only type of existence known to the bears.

On the advent of National Wildlife Week, Wildlife SOS’ Agra Bear Rescue Facility opened its gates to support the cause and celebrate the essence of the day. The National Wildlife Week every year is dedicated to apprise and aware the masses with the global concern of wildlife conservation. The goal revolves around the sustainable use of resources to ensure that we co-exist with nature.

Our team facilitated a tour of the Agra Bear Rescue Facility, for the curious students of Delhi Public School, Firozabad on 4th October, 2018. Lying a few kilometers north of the famous Taj Mahal, the facility is positioned within the government owned Sur Sarovar Bird Sanctuary, under the overall supervision of the Uttar Pradesh Forest Department. The facility within the sanctuary, serves as an ideal natural habitat, rendering the bears the freedom to roam freely after a necessary period of quarantine and rehabilitation. This is followed by a period of socialization, in the areas with freshwater bathing pools and enrichment like purpose-built dens, feeding and resting areas and climbing platforms. 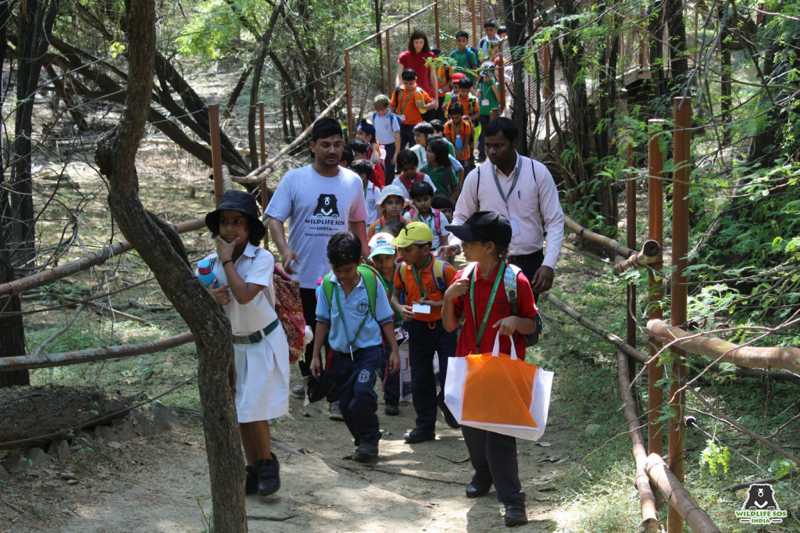 The students were briefed about the painful history of ‘dancing bears’ and were familiarized with the efforts made by Wildlife SOS in not only rescuing these bears but also bringing an utter termination to the act in India. Defining a holistic approach as a means to our goal, we believe it is for the younger generations to perceive and understand the importance of wildlife conservation. Thus, the group of 95 students were also part of an awareness focused on the need to conserve wildlife.

The students responded positively with a pool of questions, which was appreciated and answered by our expert team at the Agra Bear Rescue Facility. The detailed tour also left an impact on these students and they expressed interests in volunteering in future. The thrill and excitement was reflected in their queries, on the day-to-day activities of the bears. 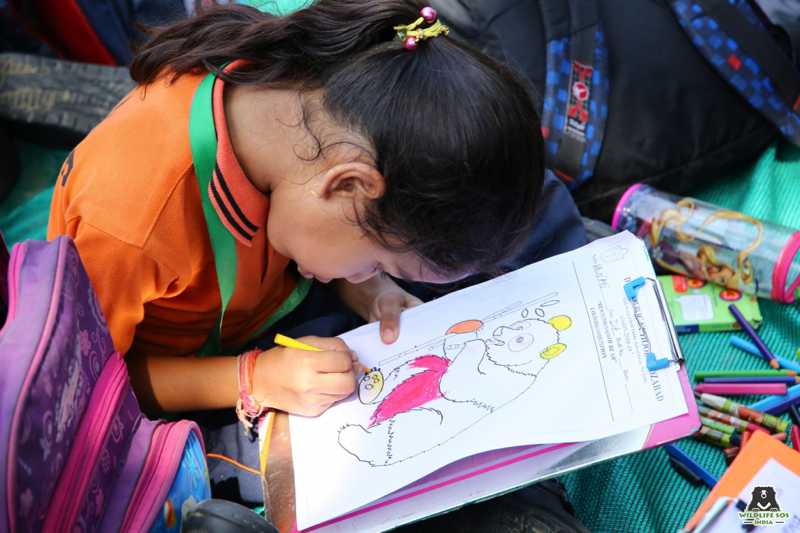 The children jumped at the opportunity to interact with the veterinarians at the facility and learnt a lot about the treatment provided to the rescued bears, for their hearty survival. This was followed by a drawing and painting competition organized by Delhi Public School. The competition witnessed a high participation rate, as all students took it to the canvas to show their concern for wildlife conservation.

The keen interest exhibited by the students in the journey of these sloth bears from their captive owners to the joyous and loving safe haven at Agra, reassured Wildlife SOS’ efforts were not in vain. We take immense pleasure in having interactive sessions to apprise the youth and to guide their way into a sustainable future.