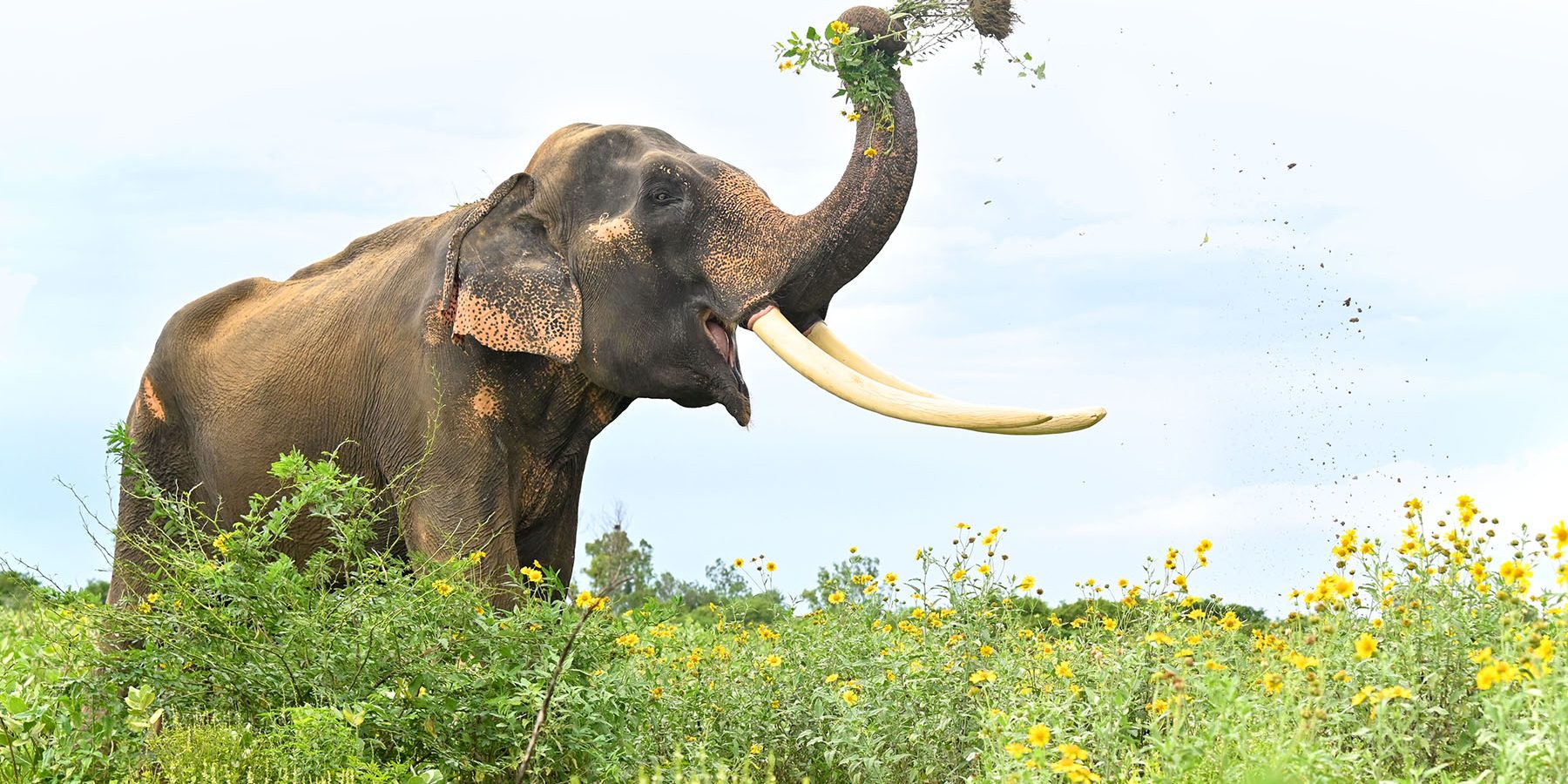 The Asian elephant (Elephas maximus) is the largest mammal living on the land of Asia, and occupies the Southern and Southeastern parts of the continent. This species ranges from northern India to the southern tip of the Sumatran islands. While its African cousins are slightly larger in size and have discernable physical characteristics, Asian elephants comprise its own subspecies based on their geographic distribution as well as their morphological and behavioural traits. Let’s get to know them here.

Found on the mainland of the Asian continent, the Indian elephant (Elephas maximus indicus) is the most widespread of the three subspecies. India is the natural home to over 60% of Indian elephants, making it the largest population of this subspecies to reside here. Other countries where they can be found are Bangladesh, Bhutan, Nepal, Cambodia, China, Lao PDR, Malaysia, Myanmar, Thailand, and Vietnam. The total population of the Indian elephant in the wild is estimated to be nearly 40,000. Elephant herds establish home ranges, which are estimated to vary from 188 to 700 sq. km. in the forests of North and South India.

Although declared as India’s National Heritage Animal, the Indian elephant population faces numerous challenges to thrive. Loss and fragmentation of habitat, human-elephant conflict, and illegal poaching are leading to the rapid decline of this subspecies. The elephant is listed as ‘Endangered’ on the IUCN Red List and included in Appendix I of CITES.

Distributed across the island of Sri Lanka, the Sri Lankan elephant (Elephas maximus maximus) is among the subspecies of the Asian elephant. Like the ones found in India, they too have patches of skin with no colour. This loss of pigment or depigmentation can be seen on their faces, ears, trunk, feet, and belly. Although the population once inhabited the entire country, it is now restricted to the lowlands of the dry zones and small parts of the wet zones. Anthropogenic activities such as linear intrusion, agriculture, and habitat degradation are why the number of elephants in Sri Lanka have declined.

The home range of these elephants is known to vary between 50 and 400 sq. km. This subspecies comprises a significant number of tuskless bull elephants (or makhnas). Only about 5 percent of the population still has ivory tusks — an unfortunate consequence of male elephants having been hunted for their tusks. With an estimated population of only 5,879 surviving individuals, the Sri Lankan elephant is listed as ‘Endangered’ on the IUCN Red List.

Distinguishable due to its relatively larger ears and an extra pair of ribs, the Sumatran elephant (Elephas maximus sumatrensis) occupies the Sumatran island of Indonesia. It can also be differentiated from the other subspecies on the basis of the least depigmentation on its skin. The home range of these individuals is estimated between 210 to 997 sq. km.

This elephant subspecies was once widespread, but now, it only survives in highly fragmented populations on the island. In the last three decades, more than 69% of the potential Sumatran elephant habitat has been lost. Conversion of natural forests into plantations of softwood and oil palm are known to be the possible factors for this massive loss. Currently, the elephant population could be anywhere between 1,700 and 1,800 individuals. The Sumatran elephant is categorised as ‘Critically Endangered’ on the IUCN Red List, suggesting a strong need for conservation.

Currently, a small population of the elephants occupies Borneo, an island in South-east Asia. The origin of this species still remains inconclusive. According to the document released by IUCN, “The elephants of Borneo were once believed to be feral descendants of elephants introduced in the 14th-19th centuries. However, recent genetic evidence suggests they are indigenous to the island.”

Despite their differences, all elephants play a crucial role in their ecosystem, which is why they are called the ‘gardeners of forests’. Many trees and plants are known to rely on elephants for pollination and seed dispersal. Seeds consumed by the pachyderms are dispersed through their dung. As elephants walk through forests, they create new pathways and clearings that give space for new plants to grow.

These keystone species are also facing ever-increasing threats due to incessant habitat loss and urbanisation. Rising conflict amongst humans and elephants also contributes to the threats the species faces. Wildlife SOS works closely with the local communities of Chhattisgarh to raise awareness about elephants and conducts capacity building workshops. These have proven to be an important step towards peaceful co-existence of man with elephants, and have been able to instil a positive perception of wildlife amongst the public. You can be a part of this journey by supporting our endeavours towards wildlife conservation.