Background history: In November 2019, five sloth bears – consisting of 2 adults and 3 sub-adults – Arthur, Molly, Ginny, Charlie and Ron, were rescued in an anti-poaching operation by the forest department and police authorities based on information provided by the Wildlife SOS anti-poaching unit ‘Forest Watch’ near the Indo-Nepal border. They were then brought to the Agra Bear Rescue Facility for lifelong care, and they now call the centre their home. Charlie is the oldest of the three rescued sub-adults.

The bears were intended for sale to other middlemen by wildlife traffickers when they were intercepted by the authorities and the animals seized from the offenders. The offenders had also smashed the teeth of the bears with metal rods and mutilated the muzzles to insert a rope to train the bears for street performance.

Amongst the younger bears of the group is Charlie, the most boisterous of the lot! When she arrived at the centre with her companions, she was placed in quarantine. During this period of isolation, the veterinarians at Wildlife SOS conducted a detailed medical examination of the young bear to check her health. For the young, the learning curve is faster, so Charlie understood her routine quickly and especially the timings for her favourite part of the day – feeding! She was given positive conditioning lessons to ensure maximum comfort with regular medical checkups with the help of yummy bear treats.

Charlie is one adorable bundle of mischief and it is quite a challenge to keep up with her. She’s very clever and went through the socializing period faster than all the bears at the rescue centre. Her first few weeks were spent in exploring every nook and cranny of her enclosure. Charlie had never seen something like enrichments before and was quite excited to play with them. Her mischievous nature often brings her in direct contest with the local population of monkeys, and there are plenty of funny anecdotes that result from this interaction. She and Ginny spend a lot of time climbing up trees and enjoying in the hammocks!

Today, Ginny, Ron and Charlie are as happy as can be in their new homes. Abounding in energy and youth, the Weasleys are in a league of their own! 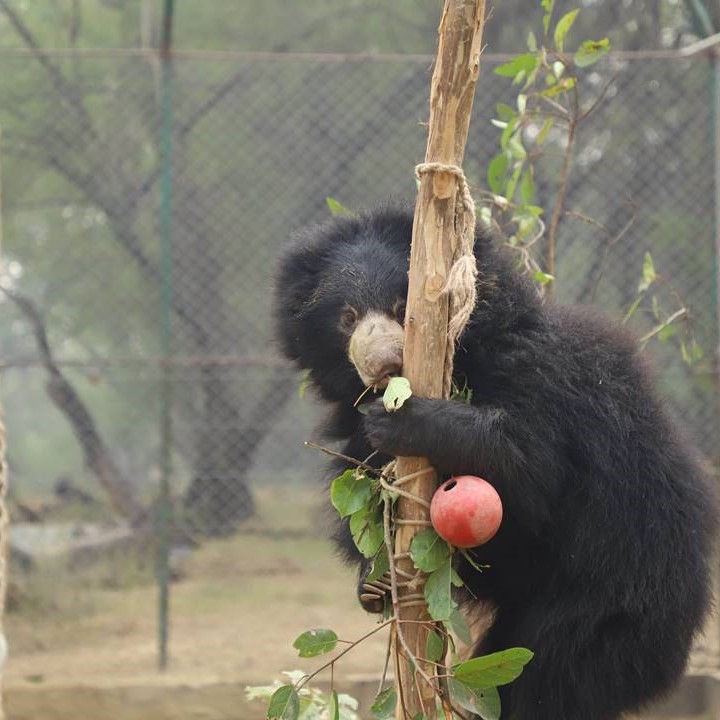 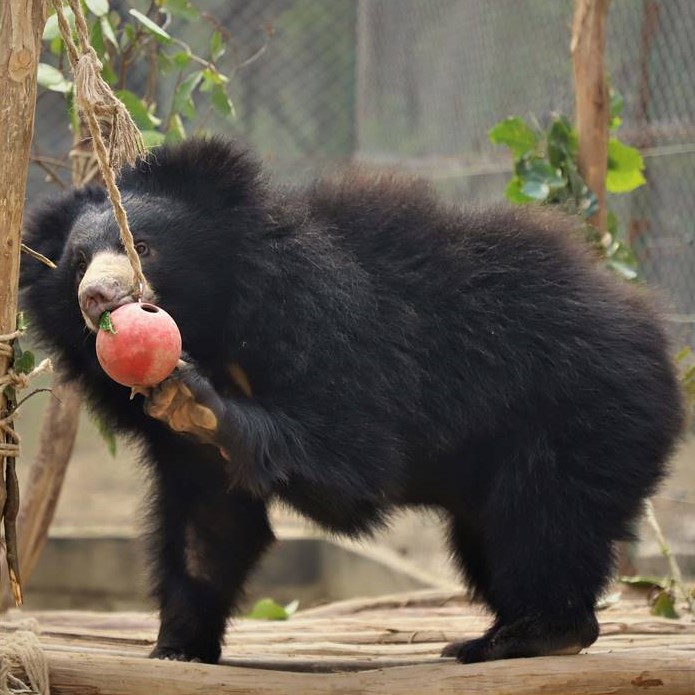 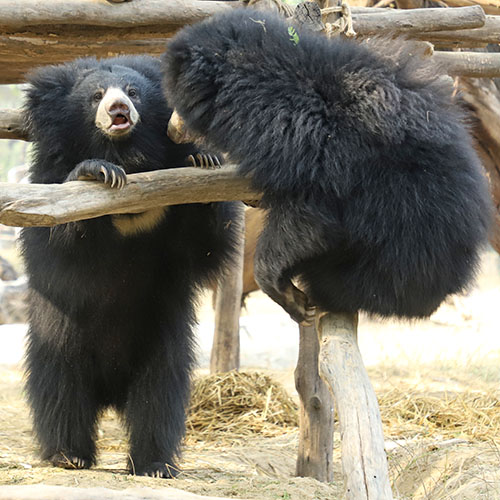