Personality traits: Shivani is wary of humans, and other leopards though she gets along well with her keeper. She shares an enclosure with Sitara and they get along nicely

Recognisable features: Shivani is a 3-limbed feline, she lost her right limb when she was just a few months old

Favourite activities: Climbing the log platform enrichments and basking in the sun

Special needs: Special enrichments for Shivani need to be prepared keeping in mind the fact that she is missing a limb

Background history: Shivani was rescued by Wildlife SOS in 2009 after she was found abandoned in a sugarcanefield in the small farming village in Narayangaon district, Maharashtra. A decade has passed since, and Shivani has grown up to be a healthy and majestic leopard. She spends most of her time lazing out in the sun atop her log platform enrichments, and mock-wrestling with her best friend Sitara.

A sugarcane farmer found Shivani on his farm when she was a tiny cub. Wisely, he knew that if there was a cub, there could be a fiercely protective leopard mother nearby, so he immediately called the forest department. The Wildlife SOS team was also called in to help rescue the cub and attempt a reunion with her mother if possible.

Unfortunately, despite repeated attempts, the mother failed to show up. As her chances of her survival in the wild were bleak, Shivani was transferred to the Manikdoh Leopard Rescue Centre.

It’s been a decade since and Shivani has grown up to be a healthy and majestic leopard. She lost one of her forelimbs in an unfortunate interaction with another leopard during her initial days at the centre , but that has not deterred our spirited Shivani from thoroughly enjoying her life. Even with three limbs, she runs around her enclosure and loves to climb her log platform enrichment to bask under the sun, and mock-wrestling with her best friend Sitara. 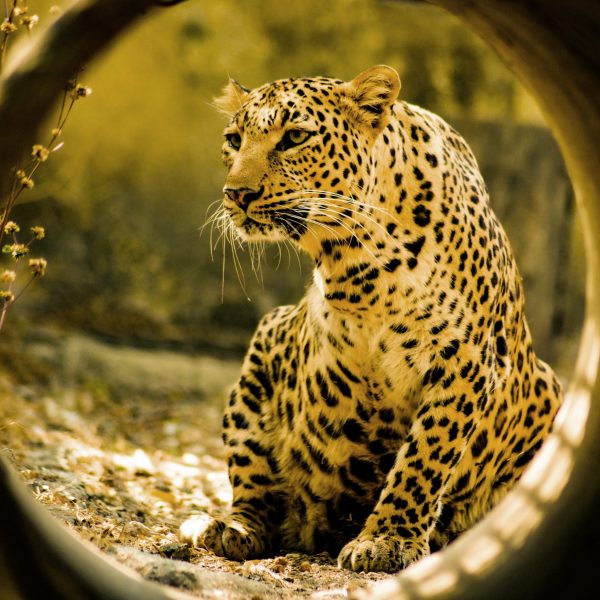 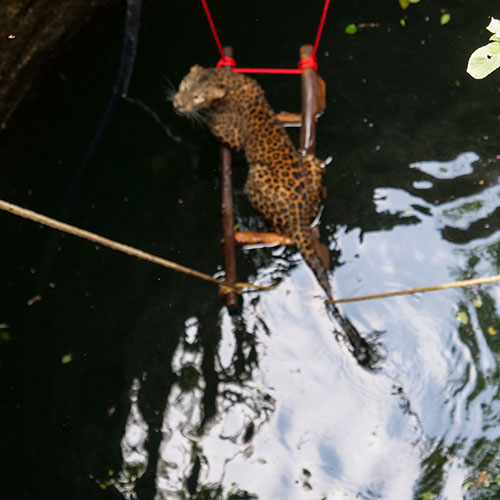 Pregnant Leopard Saved from Drowning in a Well by Wildlife SOS! 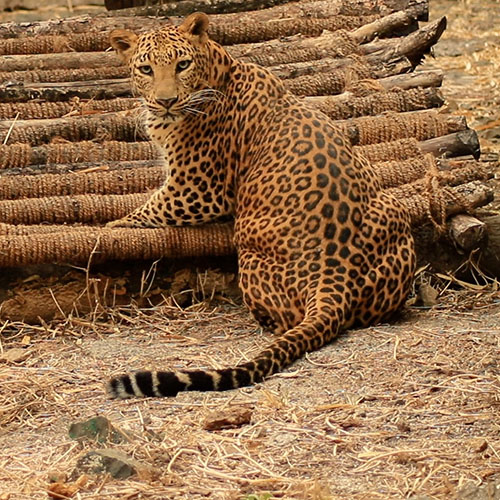