Age at the time of rescue: 18 years old

Closest to: Solitary in nature; lifts his trunk to acknowledge Peanut and Coconut in the enclosure next to his

Favourite activities: Running around his enclosure and giving himself dust bath

Special needs: To facilitate neck exercise and movement, Walnut’s hanging haynet enrichment is filled with green fodder and jaggery which he strategically dismantles!

Background history: Walnut was rescued along with 3 other elephants from a circus in Maharashtra in 2015. At the age of 18 years, he was subjected to a lifetime of abuse and torture where he had to perform unnatural tricks for the sake of entertainment. When he arrived at the Wildlife SOS Treatment Unit, he was aggressive and uncomfortable as the only experience he had with humans was  one that caused him pain. | READ MORE ABOUT WALLY

Travelling all the way from the west Indian state of Maharashtra, these four elephants were not just the largest group we’d ever taken in at once, but also the youngest elephants we had rescued till date, with the baby of the group – Peanut – being just six years old. She, along with the other three – the boys Macadamia and Walnut, and 12 year old female coconut – formed what we lovingly termed the Nut Herd, and the four easily lived up to their nutty name within the first few days of their arrival.

Young elephants are always boisterous and enjoy being destructive, but Walnut seemed subdued and scared, having spent the entirety of his life in a circus. As a performing animal, he  suffered unimaginable cruelty and abuse as part of their training process, and the resulting stereotypy and mental distress was evident.. Walnut was extremely wary and careful to his new surroundings and grew comfortable after he took his time. We saw his playful side unleash when he took a dip in his pool, almost as though he had never known the sight of uninterrupted baths. He would spray around water all around him and play around with tyre enrichment endlessly! It didn’t take long for him to realise that he was in a safe place, and with that realisation came the sort of playful havoc that only a young elephant can create. 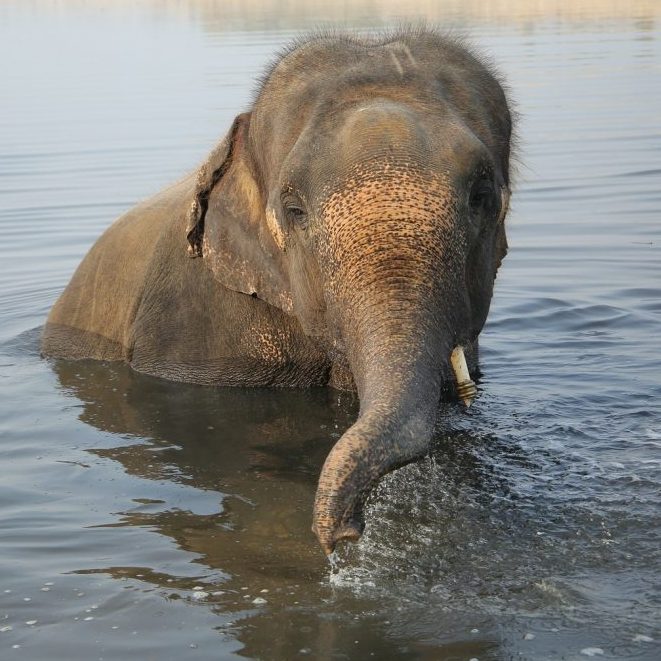 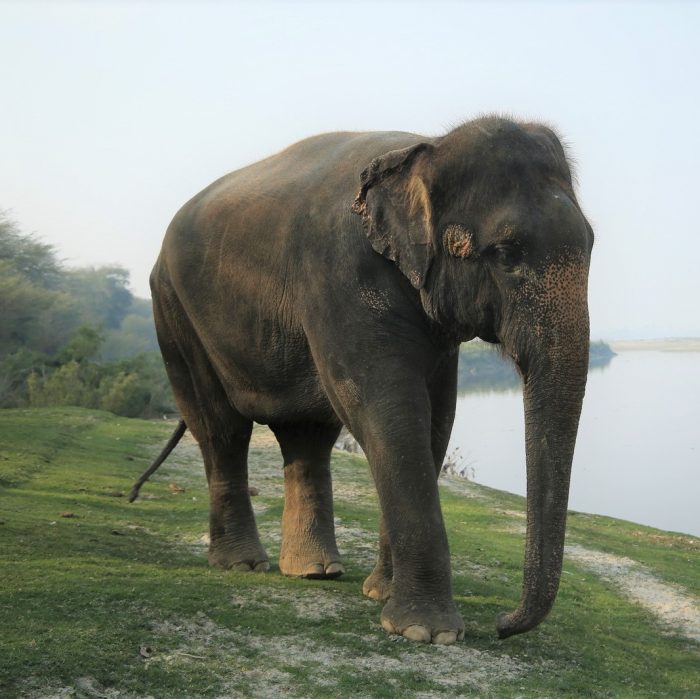 A glimpse of the Sad Living Conditions of the Nut Herd! 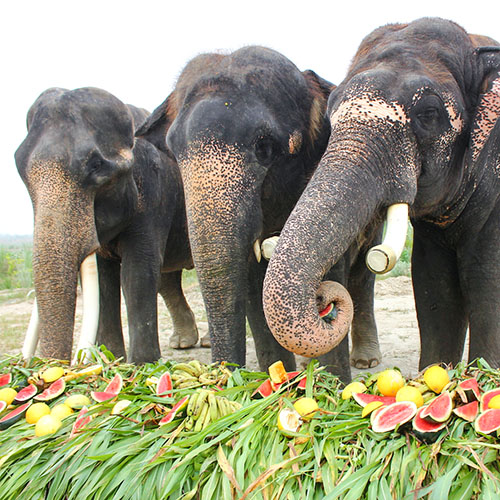