The start of 2010 saw Wildlife S.O.S. receive a S.O.S. from the Dholpur Forest range (Rajasthan Forest Department) for a  Hyena who was a sad victim of mob assault. Kartick Satyanarayan, co founder, Wildlife S.O.S. immediately coordinated with the forest officials for transferring the animal from Rajasthan to Agra Bear Rescue Centre for necessary and advanced  treatment. The poor animal was brought in to ABRF with the help of a volunteer and the first sight of her left even the hard cored staff stunned and amazed at the label human cruelty.

On examination the animal was found to be a female sub adult Hyena. She was badly beaten up by the villagers and further examination revealed multiple fractures all over the body, head injury, swelling and blood clotting in left eye and bleeding from mouth and nostrils. She did not look like she would even make the night but everyone held on to their hope and were determined to do everything possible to make up for the atrocity she had suffered in the hands of fellow humans.

The Wildlife SOS team of vets took speedy action, giving her first aid treatment, then taking X rays and plastering the fractured joints. She was put under observation and was provided a cage with suitable bedding keeping her mobility to the minimum. She was nursed round the clock by the vets and keepers, force feeding sufficient glucose water through syringe to keep her from being dehydrated. Anti inflammatory, anti biotic and B-complex were cloaked in chicken liver and raw meat and served to her. Feed supplements were also added to soup and served once a day. Infra red radiation therapy was given for the swollen areas and her clotted eye received regular attention. On the 20th day she rewarded everybodyâ€™s efforts and perseverance by getting up on her legs for the first time. It was a big milestone for everyone who was taking care of her. She was then moved to a bigger and a much more mobility inducing cage.

On the 60th day she was released here in a small enclosure to give her more movement and exercise. She lived there for a month making trench, holes etc in the ground. For one month she was provided as near a natural environment as possible inside the enclosure with minimum human contact.

Four months from the day she was brought in to ABRF, Wildlife S.O.S. in coordination with the Dholpur Forest Range released her in her natural habitat, the forest area where she had come from. She scampered away happily towards home and freedom as soon as the cage door was opened. For everyone who was present on spot and saw the sight it was a moving experience.

Stripped Hyena (Hyaena hyaena) is the only hyena found in India out of the three species. They are omnivorous and have a very powerful jaw. They mainly scavenge on dead animals or the left overs by major predators. They also occasionally prey on small animals. Threat to these species are mainly from farmers and villagers who poison them. They are also poached for their skin. They are classified as Near Threatened in IUCN list and are listed in Schedule III in the Wildlife protection Act. The loss of habitat and lack of major predators force them to stray into the village for small animals and birds creating a man-animal conflict situation. 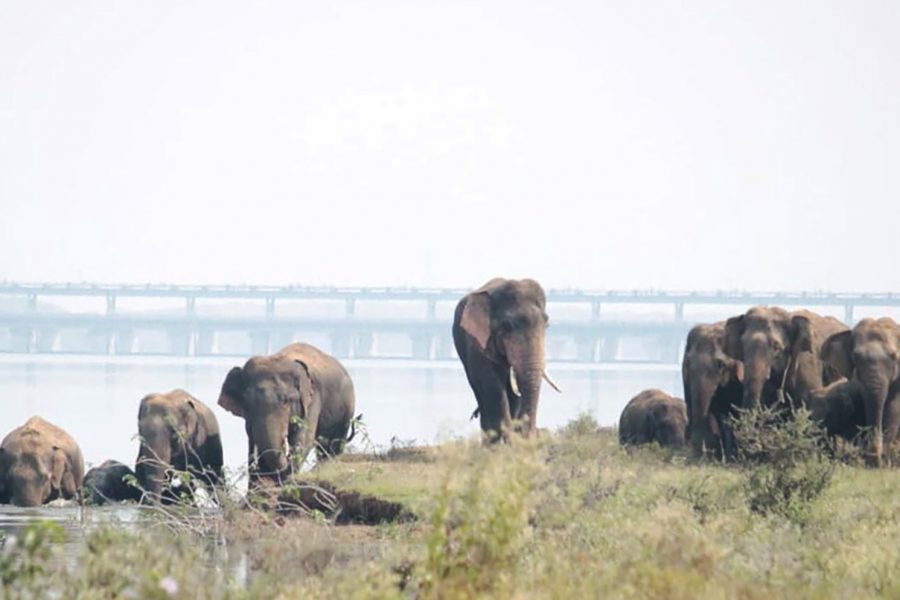 The Society of Rhesus Monkeys