Background history: Elvis was brought to the Agra Bear Rescue Facility, after being rescued from the hands of cruel poachers who were about to smuggle him when he was a 2 month old cub. He was hand-reared at the centre by our expert keepers and has grown up to be a jovial and extremely social bear. After he got over his initial apprehension, this playful and energetic bear emerged as the most mischievous one  in our care. He loves climbing trees, often having to be coaxed down with his favorite treats- fruit and honey.

Possibly one of the most lovable and friendly sloth bears at the Wildlife SOS Agra Bear Rescue Facility, Elvis’ life today is a stark contrast to what it was when he was rescued more than two years ago. He was only a couple of months old when poachers snatched him away from his mother, possibly killing her in the process. They had brutally pierced his delicate muzzle with a red hot iron poker, making it evident that he was destined to be sold into the cruel dancing bear trade that still persists in the neighboring state of Nepal.

The trauma of being forcefully separated from his mother and possibly a sibling, and the excruciating pain inflicted upon him by the poachers had taken a severe toll on little Elvis, leaving him with severe emotional scars. When he first arrived at the centre in 2015, Elvis was shivering with fright and was cowering in a corner, expecting people to put him through more pain, as that is all he had experienced till then. Our veterinarians and keepers would speak to him gently and coax him into eating his meals, in an attempt to calm him down. Gradually over time he realised they posed no threat to him and eventually went on to develop a strong, trusting bond with his keeper, which persists till date

After  a mandatory  quarantine and socializing period, he was moved to an enclosure with bears who were his age. Elvis was quick to become best friends with Bean who had been rescued from a similar situation with his sister Bintha. Bean and Elvis loved playing truant and kept their keepers on their toes all the time.

He’s in the pink of health currently, undergoing no treatment of any sort. Elvis is not very picky when it comes to food; be it porridge mixed with honey or chopped fruits, watermelons, dates or coconuts. 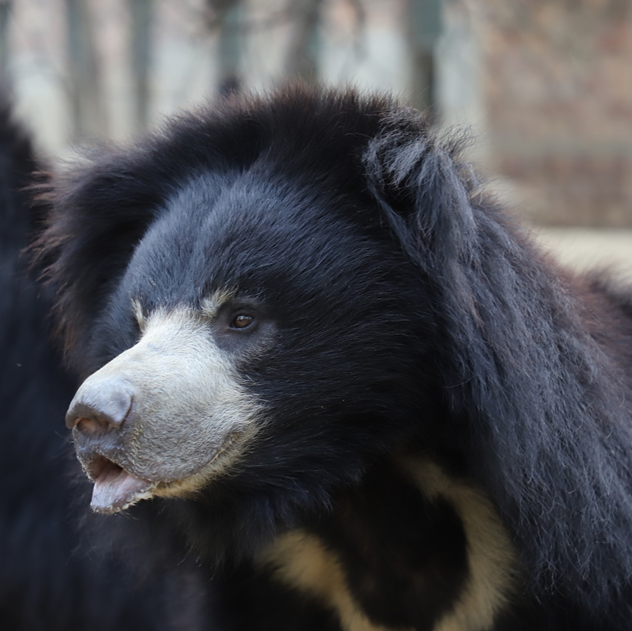 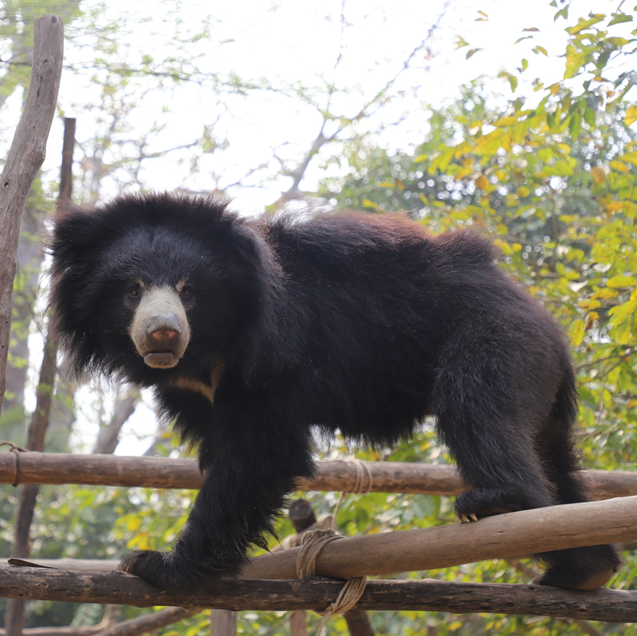 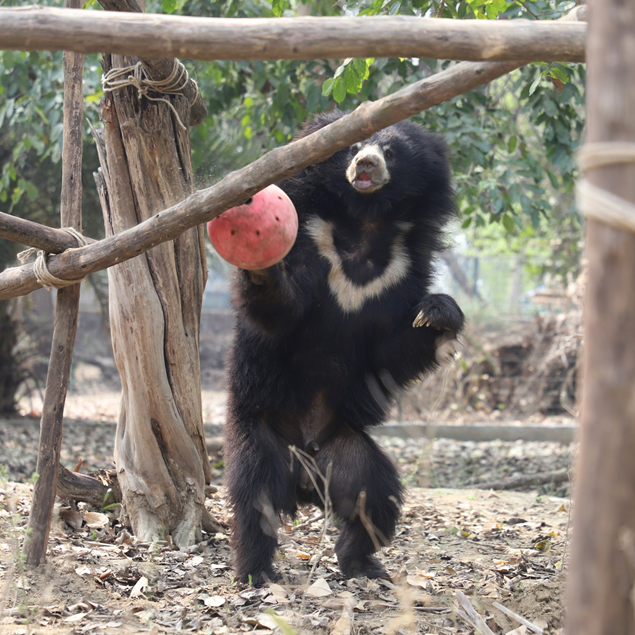