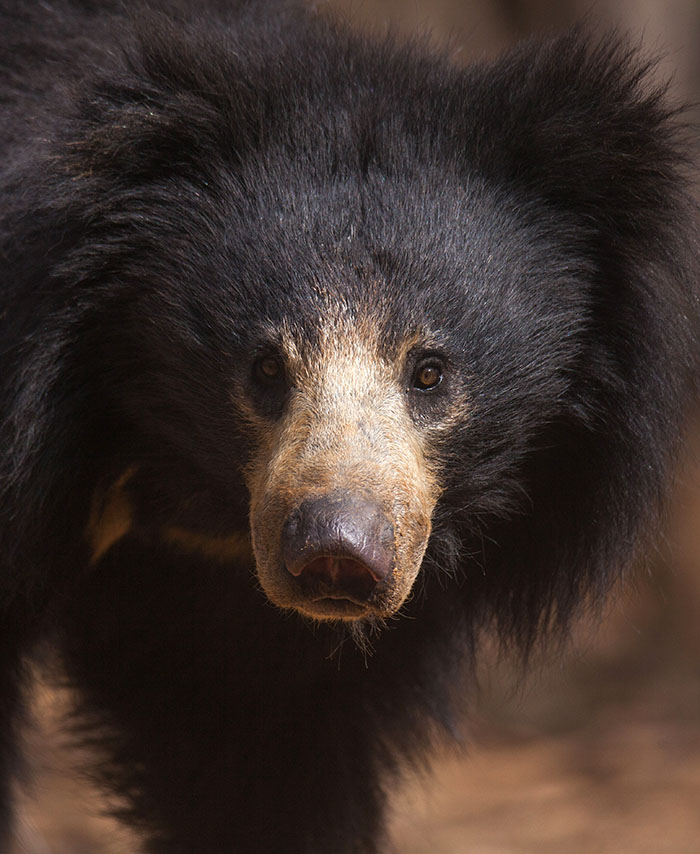 Age at the time of rescue:5 months old

Recognisable features: Smaller in size as compared to Maahi and Ankita

Closest to: Maahi and Ankita

Background history: The Karnataka Forest Department received a distress call from villagers in Tumkur district about two sloth bear cubs trapped in a 20-ft-deep well. They immediately reached out to Wildlife SOS for the safe extraction of the bears from the dry well, with their deceased mother lying close by. Both the bear cubs were estimated to be 20-weeks old and would not have survived without their mother’s guidance, which is why they were rehabilitated at the Wildlife SOS Bannerghatta Bear Rescue Centre in Bengaluru.

Uncovered wells continue to pose a serious threat to the wildlife that is endemic to the country. Nocturnal animals such as sloth bears, leopards, jackals, and many such unique species become victims of unexpected, serious falls that renders them disabled or worse, dead. In one such heartbreaking incident, a mother sloth bear out on her nightly foraging routine became a victim of a serious fall in an open well which was 20-feet deep, along with her cubs. She immediately succumbed to her grave injuries while her cubs held onto their deceased mother’s body – anxious and screaming in helplessness. Local villagers heard these distressed cries and reached out to the Karnataka Forest Department, who informed Wildlife SOS. The sloth bear cubs were safely extracted from the open well and were estimated to be around 20-weeks old, cowering and shivering in fear and discomfort. Sloth bear cubs depend on their mothers for survival skills until the age of two years which is why these cubs could not be released back into the wild.

They were safely rehabilitated at the Wildlife SOS Bannerghatta Bear Rescue Centre for long-term care and protection. To honour the remarkable journey that the two young bears have had, the Wildlife SOS team has decided to christen the female bear as ‘Mithali’ and the male bear ‘Maahi’, in honour of Indian Cricket legends Mahendra Singh Dhoni and Mithali Raj. Initially nervous to their new surroundings, they would just cling to each other but our bear care staff gained their trust, and they were fed a healthy, nutritious diet which helped them regain their strength. The most important step of their healing journey came when they were introduced to our resident sloth bear, Ankita, who assumed the role of their foster mother and took them under her guard. With Ankita’s care and the dedication of our bear care staff and veterinary team, these two sloth bear cubs emerged to be confident, rambunctious, young sloth bears who can be spotted running around in their free-ranging field. Mithali is the more reserved bear of the two and loves to spend her time napping on her hammock enrichment, or resting in the dug-out mud pits. Each time that Maahi tries to disturb her naps, she is quick to chase him away or engage in mock-wrestling sessions with her sibling!