Personality traits: Mowgli, though quite sociable, has a funny way of testing new visitors. He either mock charges them for fun or sneezes on them, as if expressing a playful challenge

Special needs: Enrichments such as log platforms and hammocks

Background history: Mowgli was found orphaned and struggling to nurse from his dead mother who was electrocuted by poachers, when he was just 10 weeks old. Alone and defenseless, Mowgli would never have been able to survive without his mother, and was rescued by the Wildlife SOS team in 2017. Initially scared and confused, this tiny cub was terrified of human beings but with time, Mowgli slowly started trusting his keepers and the vets with regular bottles of milk and lots of love. Today, he’s a healthy, stocky young bear who feels like he’s the king of the centre, and is treated like one, too!

In 2017, a two-month-old  bear cub was found, trying to nurse at his dead mother’s body, outside the Sanjay-Dubri National Park in Madhya Pradesh. The mother had ventured out of the park looking for food and had fallen prey to electrocution by a high voltage wire set by poachers. The cub miraculously survived with minor electrical burns on his forehead and back.

The terrified cub was found by forest officials and put in the care of Wildlife SOS who transferred him to the Agra Bear Rescue Facility. Mowgli’s trauma was much too deep and it took him a long time to forge trusting bonds with others. With time and patience, his keeper managed to develop  a close bond with him.

Mowgli is often called the baby of the rescue centre because he is the youngest of all the bears currently taken care of by Wildlife SOS. He is also the wildest at heart and the naughtiest, having grown up to be an interactive and playful bear.

Mowgli’s most preferred way of spending time is climbing trees, which he had figured out within the first few months of his arrival at ABRF. When he was a baby, the keepers were pleased to notice that he was already playing around in the trees at an age that was younger than the average. He’s the happiest when he’s nestled up in the green foliage, watching sunlight filter through it and spitting out fruit seeds at anybody who gets close to disturbing his peace! 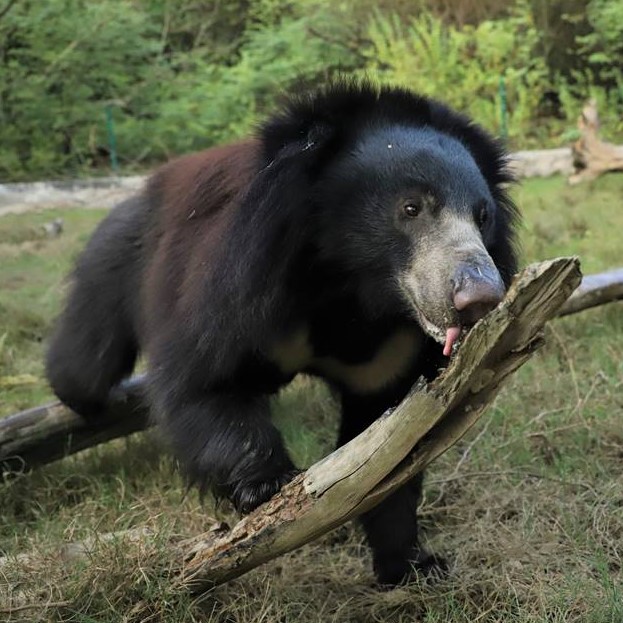 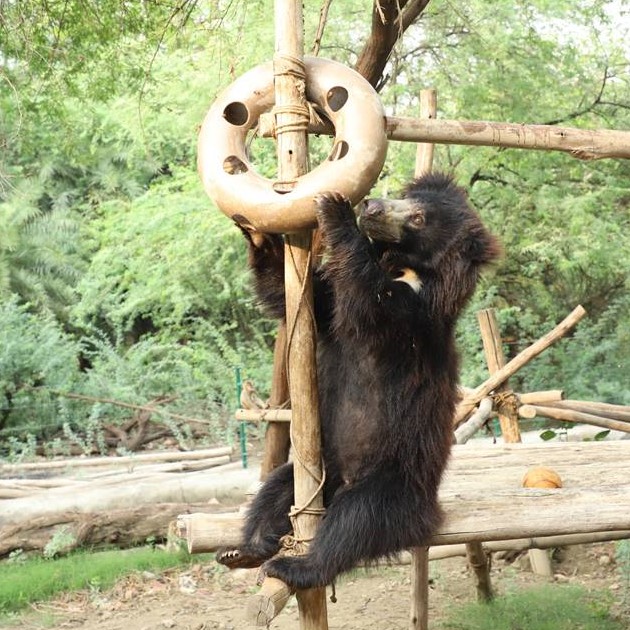 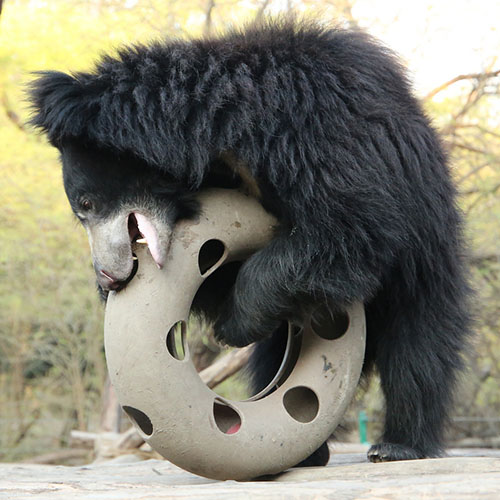