Our work with the captive and wild elephants of India

The survival of the elephant in India is critical to the survival of the entire species in Asia. Home to almost 60% of Earth’s remaining Asian elephant population, India is plagued with a lack of awareness and education which is leading to the persistent enslavement of these majestic animals for tourism, manual labor, performances, processions, entertainment and street begging.

Wildlife SOS leads efforts to protect wild elephant populations in India, as well as rescue, treat and care for elephants exploited in the abusive tourism and “begging elephant” industries. We specifically address the problem of injured and sick elephants that are forced to work in slums and crowded cities. Our aim is to reach out and help the elephants that are blind, elderly, wounded, malnourished and dehydrated or those being used illegally and commercially under deprived conditions.

It is important to note that most captive elephants in India are owned illegally, and strict enforcement of laws is needed to end illegal trafficking of elephants. Our Wildlife SOS sanctuaries allow laws to be enforced because they give authorities a home for these seized and rescued elephants.

In 2018, Wildlife SOS established India’s very first Elephant Hospital. This was truly a historic milestone for injured and ailing elephants throughout India, who can now get the care and love they need in a state-of-the-art facility. The hospital is capable of conducting important laboratory tests and treatments for the elephants including wireless digital radiological capabilities, ultrasound, laser therapy, an in-house pathology lab, and a medical hoist for comfortably lifting disabled elephants. There is also a digital weighing scale, a protected-contact elephant restraining device, a hydrotherapy pool, and quarantine enclosures. All of this will enable regular check-ups as well as out-of-routine treatments and urgent after-rescue care. 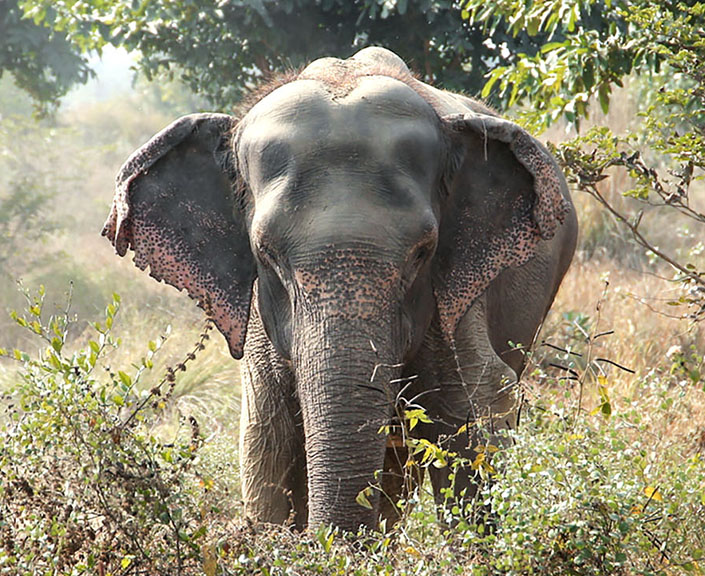 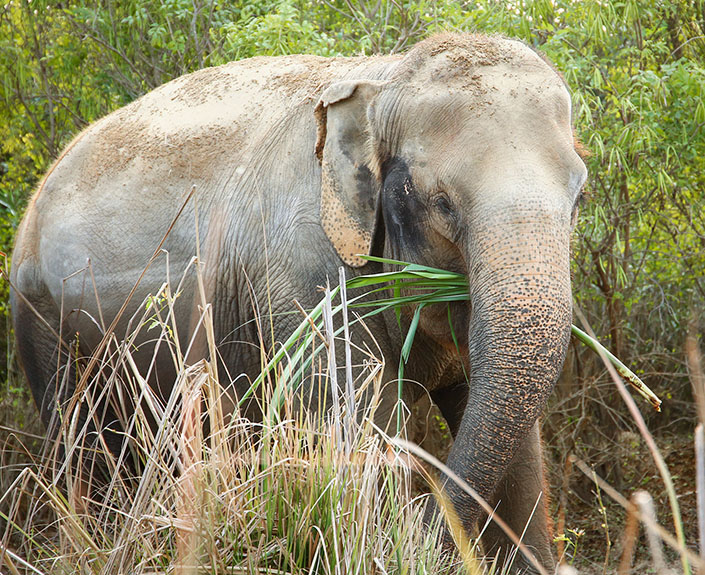 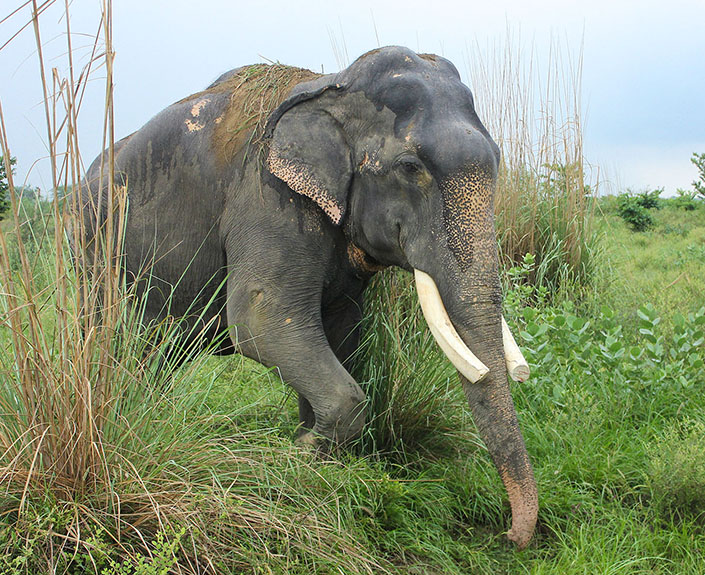 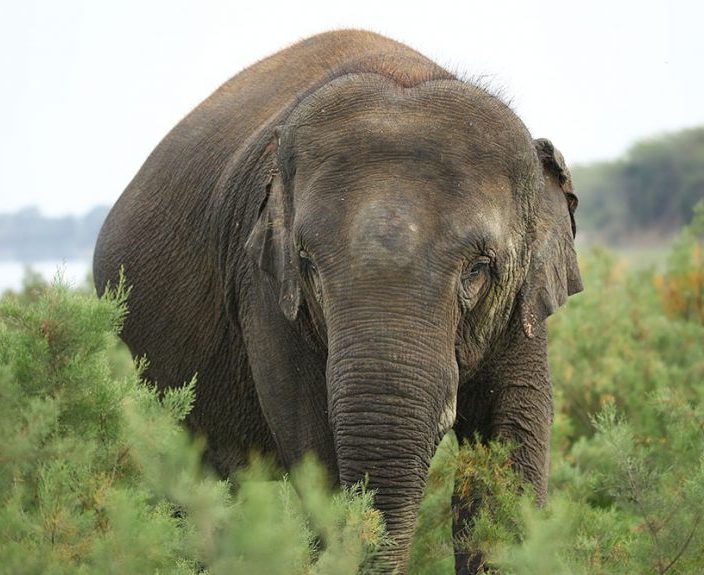 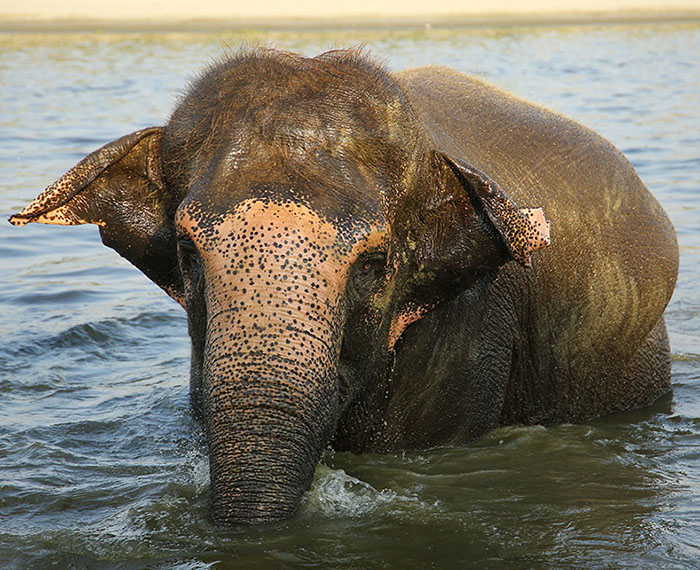 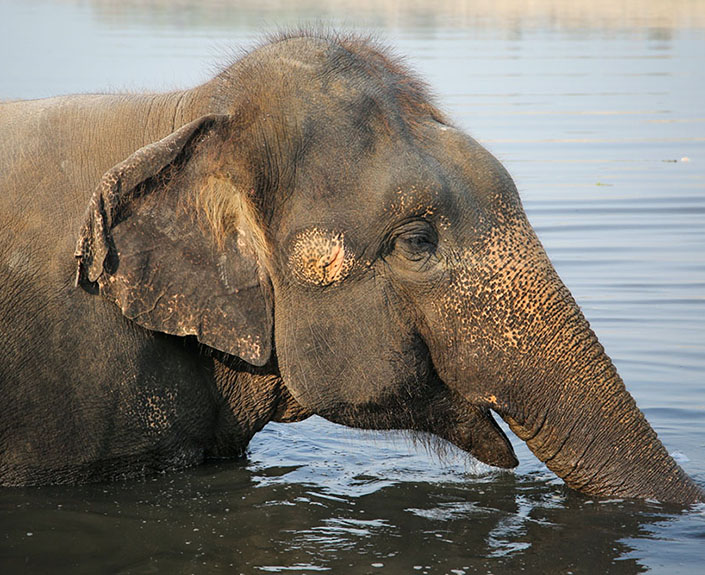 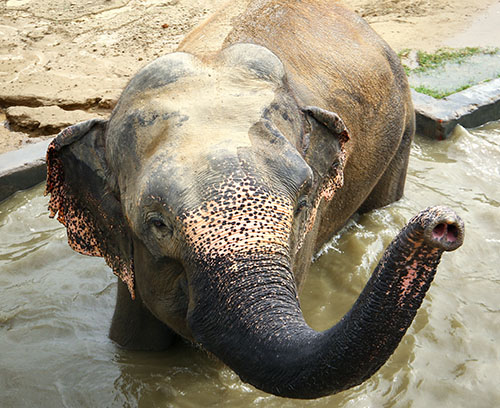 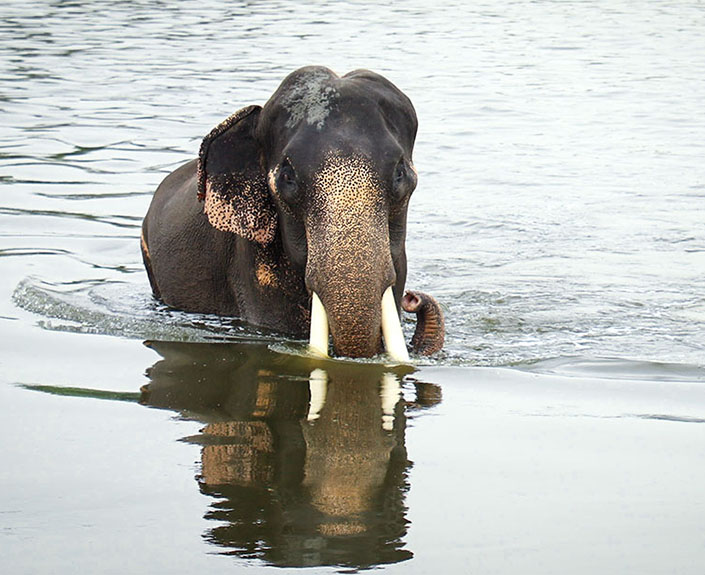 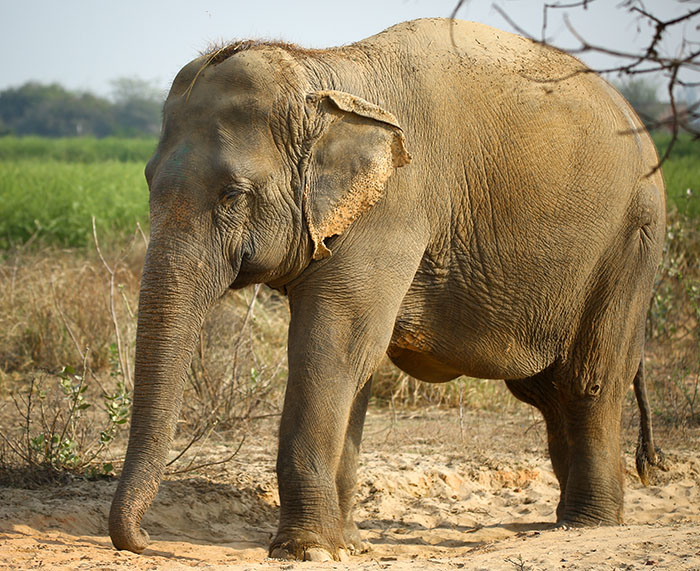 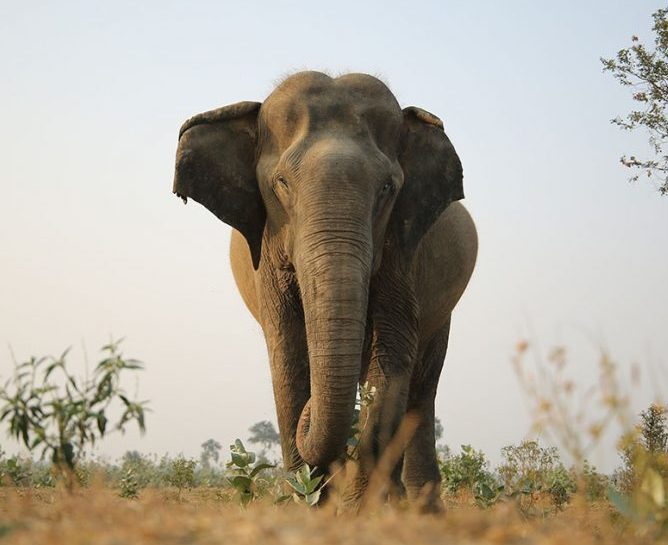 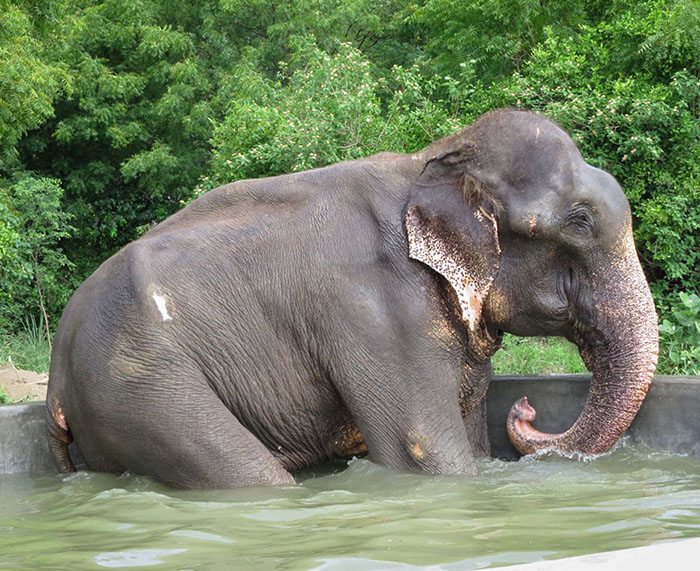 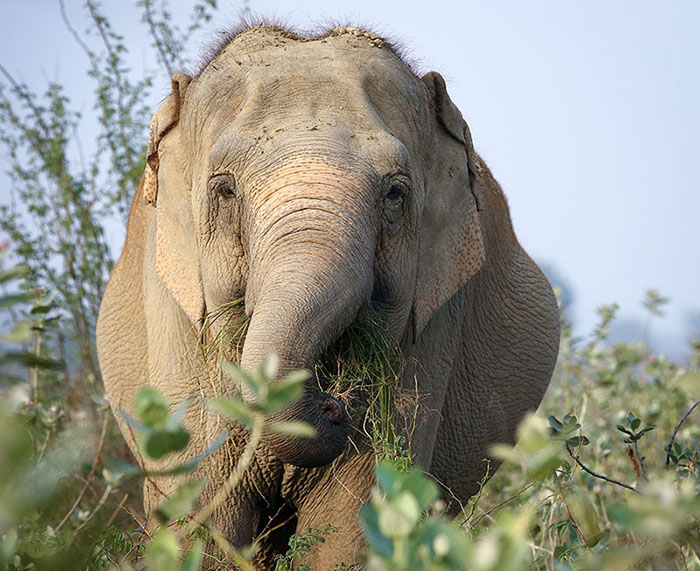 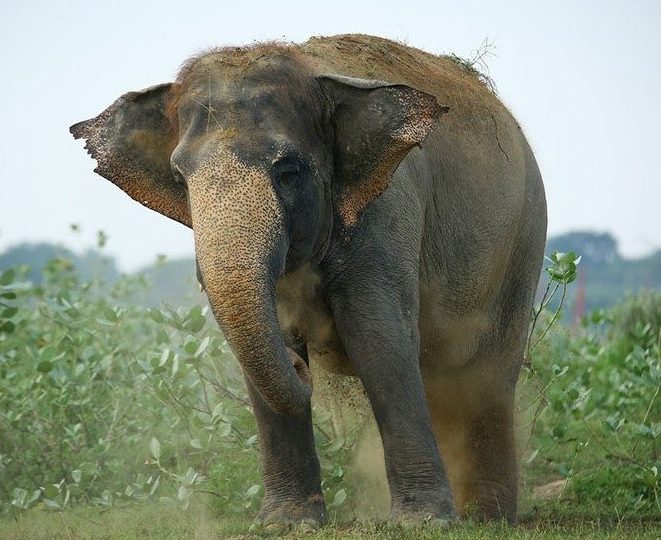 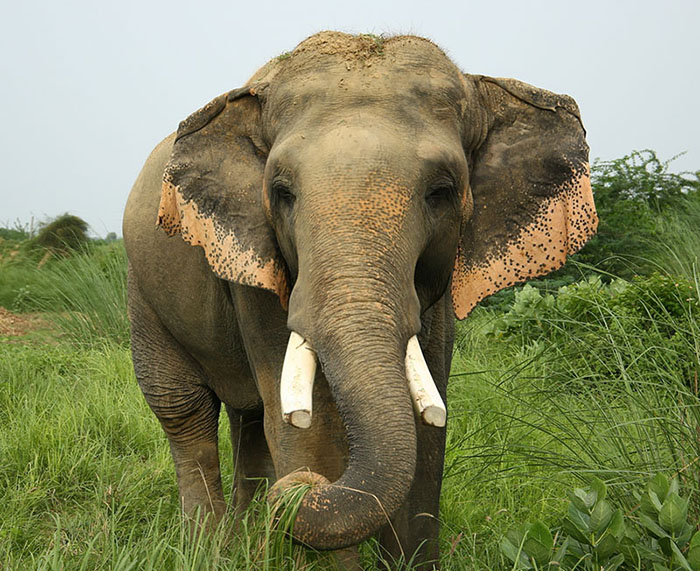 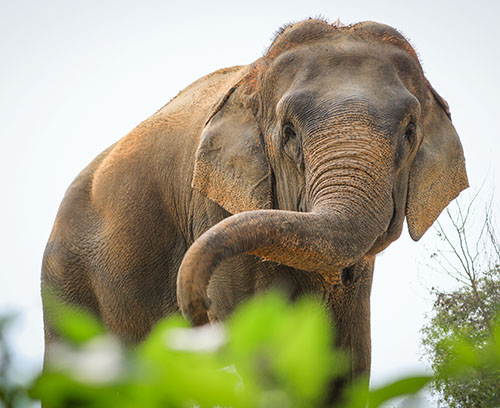 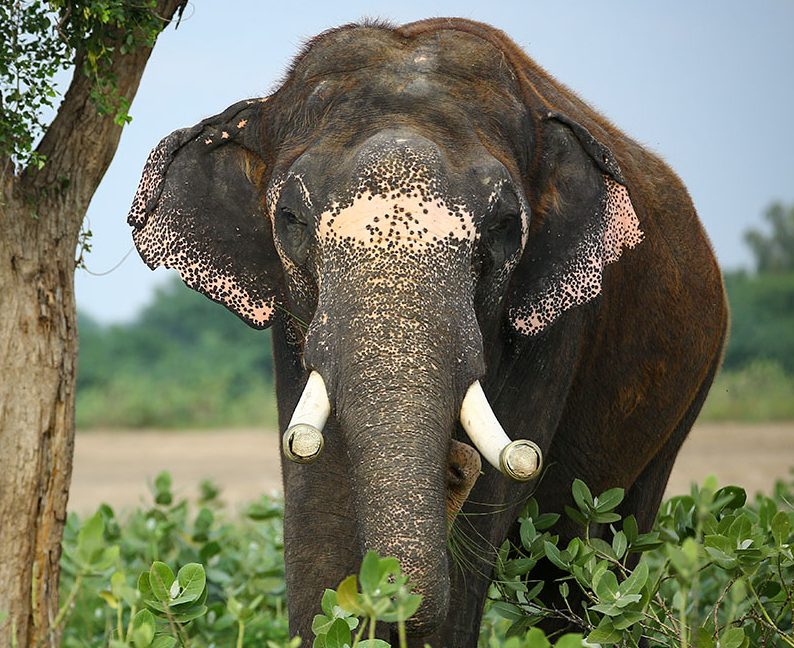 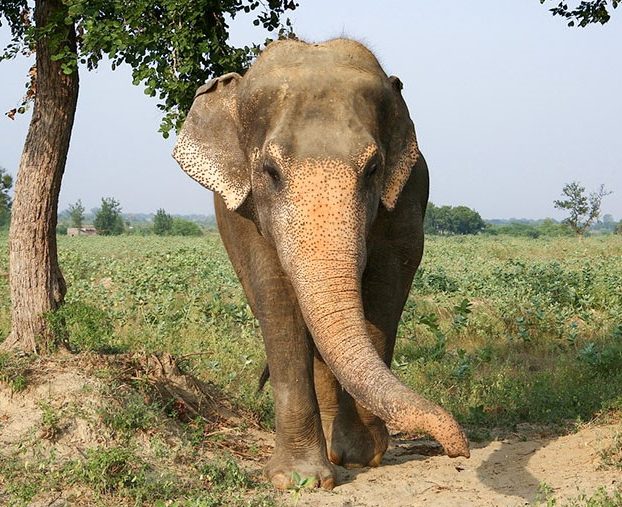 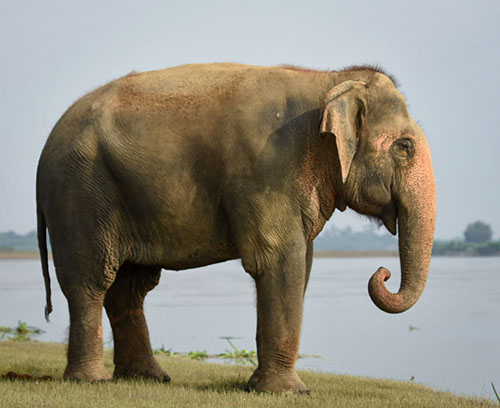 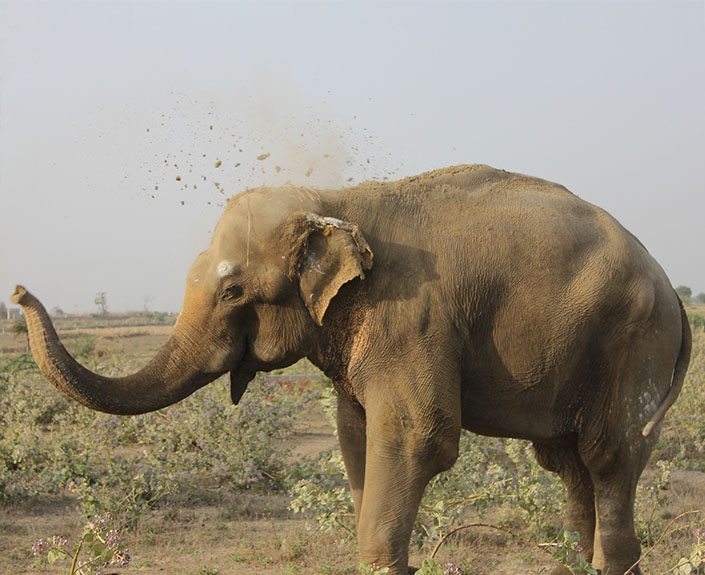 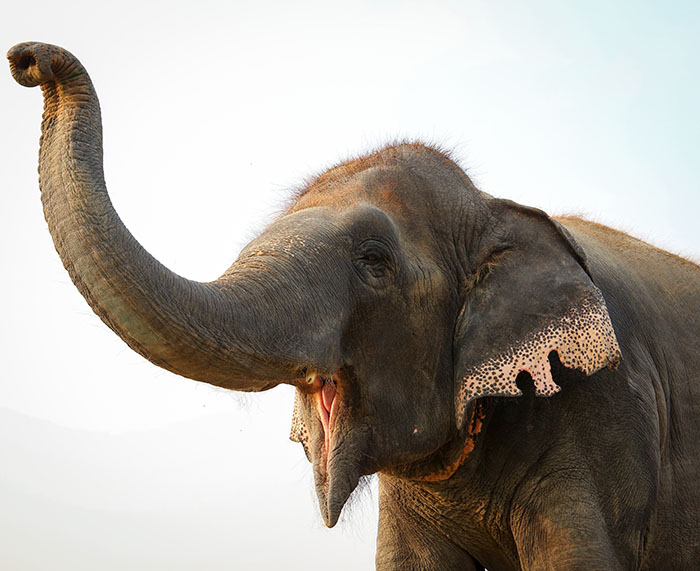 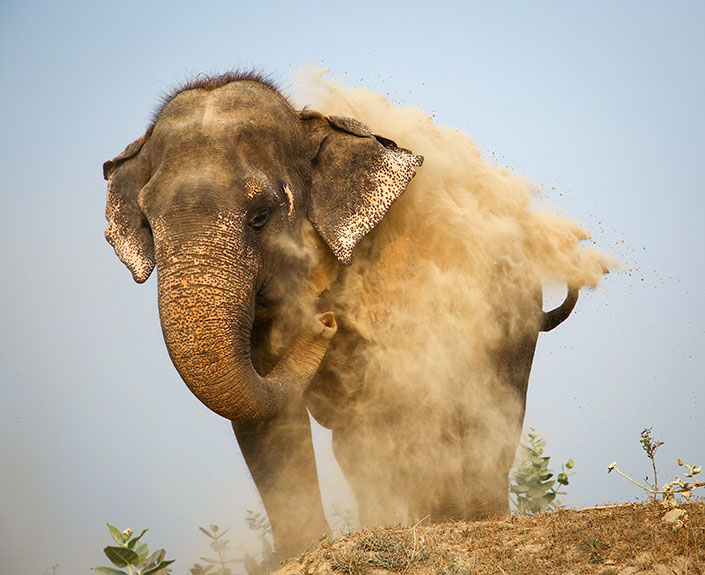 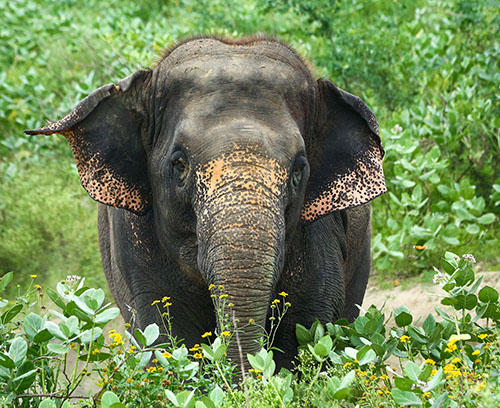 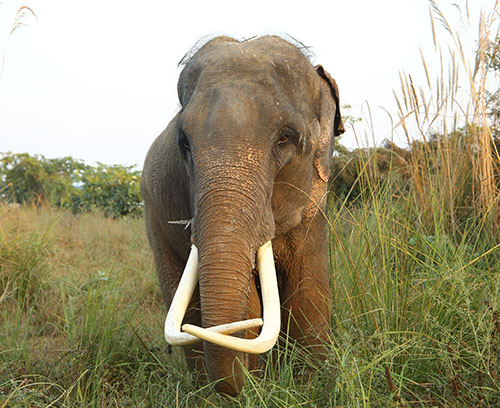 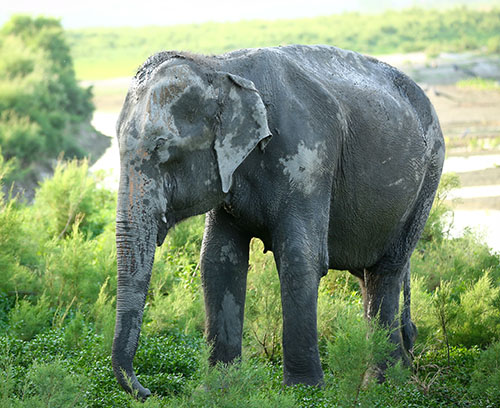 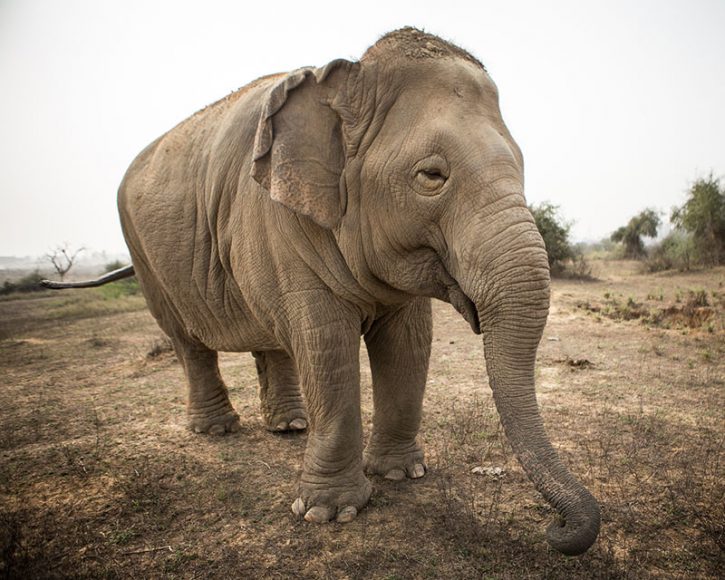 The Asian elephant (Elephas maximus), is distributed throughout the Indian subcontinent and Southeast Asia. It is the largest living land animal in Asia. Three subspecies are currently recognised: the Sri Lankan, the Indian, and the Sumatran elephant.

Smaller than their African counterparts, Asian elephants are easily recognizable by their “small” rounded ears. They often have a hump on their back, a double-domed head with two humps, and a single “finger” on their trunk for grasping. Their diet consists of green grass, roots, fruits, and fodder, and an adult elephant can consume up to 300-500 lbs (136-250 kg) of food in a single day. 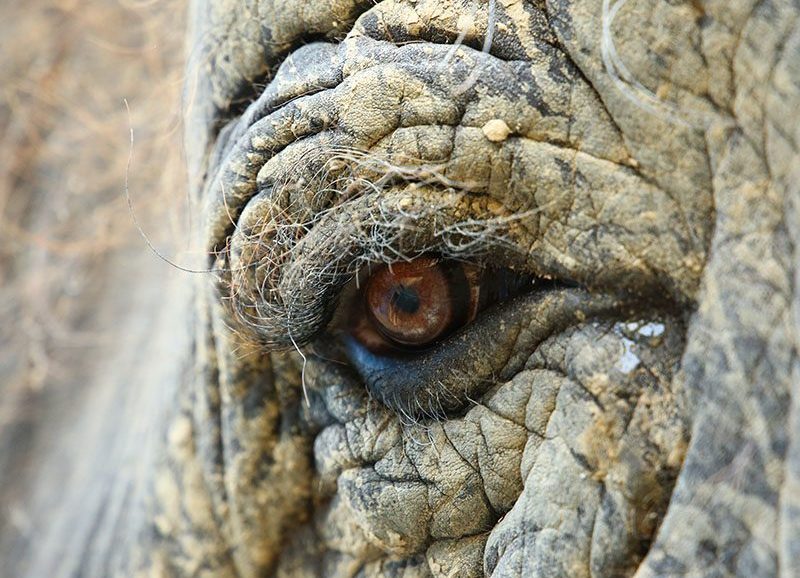 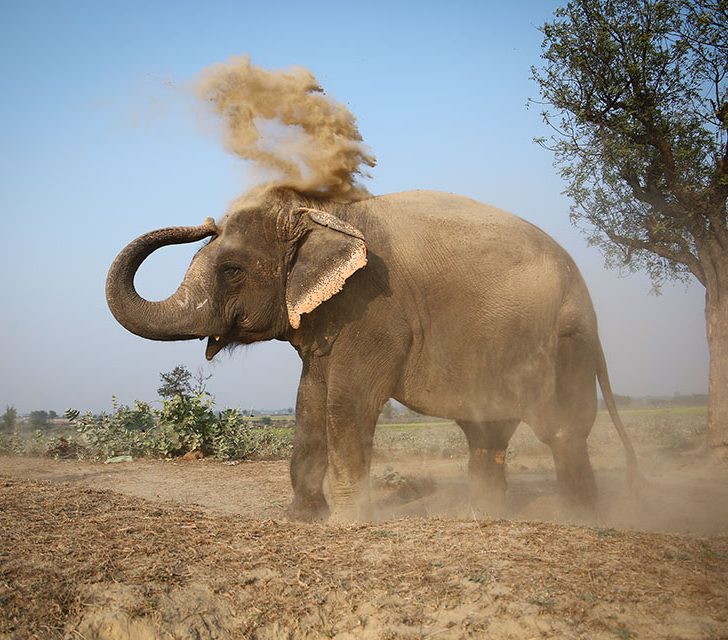 The Asian elephant is an ‘endangered’ species according to the IUCN Red List. There are various reasons for the rapid decline of the
elephant population –

No room to roam: Habitat loss and fragmentation is the greatest threat to wild Asian Elephants. Rapid increase in industrialization and human development projects are clearing their habitat, pushing the elephants to less suitable environments.

Human-elephant conflict: Due to shrinking habitats, elephants are forced to stray into human settlements in search of food and water which sometimes results in damage to property or even human lives. Retaliation by the people affected by these incidents often result in killing of these elephants.

Ivory Poaching: The international ivory trade has contributed to the poaching of male elephants (bulls) for their tusks.

Illegal trafficking and capturing of young elephants: Elephant calves are separated from their mother and poached from the wild to be used in entertainment industries such as circuses, weddings, processions and even temples. In the process, mothers are usually killed attempting to protect their young. 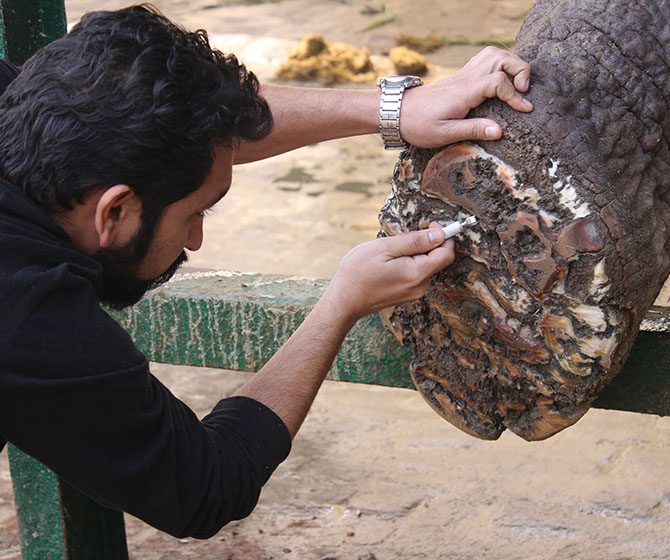 In order to convert a wild elephant into becoming submissive to human command, it is forced to undergo a process called “phajaan” or breaking of the spirit. The calf is kept in a confined space without food and water, and is subjected to beatings until it starts following the orders of its keeper. This establishes dominance over the elephant, who out of stress and fear reacts accordingly to the mahout’s command. The threats to such captive elephants are –