Age at the time of rescue: 6 years

Recognisable features: Small, no depigmentation and slightly torn ears at the top

Favourite activities: Running around her enclosure and enjoys long walks along the riverside of Yamuna

Background history: Peanut was rescued along with 3 other elephants from a circus in Maharashtra in 2015. At the young age of 6 years, she was ripped from her herd and subjected to a lifetime of abuse and torture where she was made to perform unnatural tricks for the sake of entertainment. When she arrived at the Wildlife SOS Elephant Hospital campus, she was shy and scared even at the slightest interaction with humans, and that showed us the extent of trauma that she had been through. Patience and love are what brought the young pachyderm into the mischievous and playful elephant that she is today!

In April 2015, 6 year old Peanut  became the youngest elephant ever to be rescued by Wildlife SOS. Peanut was part of a group of four young elephants that had spent the entirety of their lives performing in a circus in the Indian state of Maharashtra.

When not being made to perform demeaning and often dangerous tricks for the amusement of the circus audience, Peanut and her three companion elephants, were tightly restrained by all four legs, standing for days on end in their own filth and grime, with limited access to food and drinking water. When Peanut came to Wildlife SOS, she was scared and took her time to open up despite having Coconut around her at all times.

Peanut and Coconut were quickly taken in by Asha, Suzy and Lakhi who gave them  the nurturing and love that they missed out on their whole life. Peanut loved napping while Lakhi towered around her to protect her from the harsh rays of the sun. As Peanut grew up, all of us saw a childlike mischief in her eyes and today, when she breaks into a run or takes a dip in the river Yamuna, immersing herself and lifting her trunk, we understand the remarkable healing journey that she has undertaken from a brutal past that did not allow her to be this joyful, innocent elephant that she is. 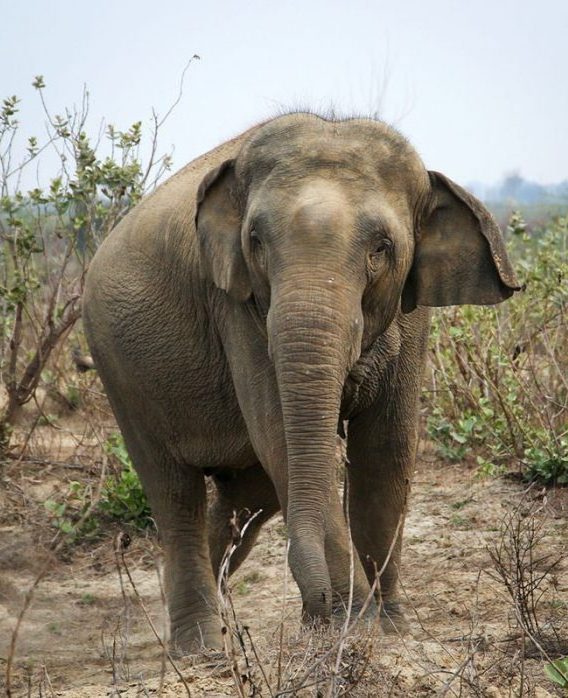 Peanut, Coconut and the Nervous Tree! 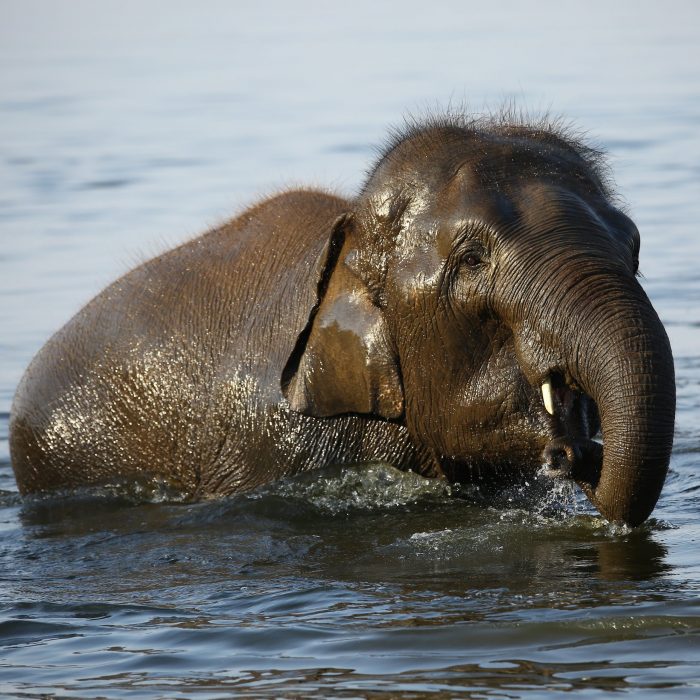 Peanut gets her Christmas present! 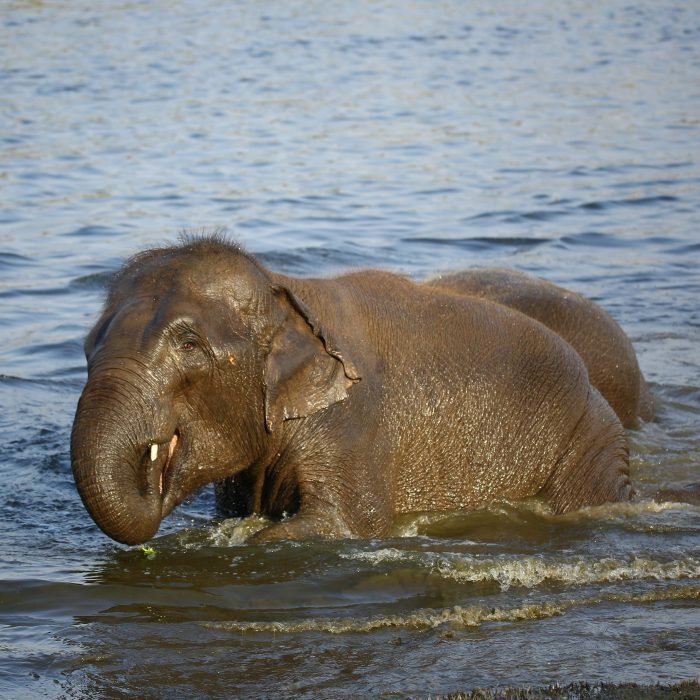