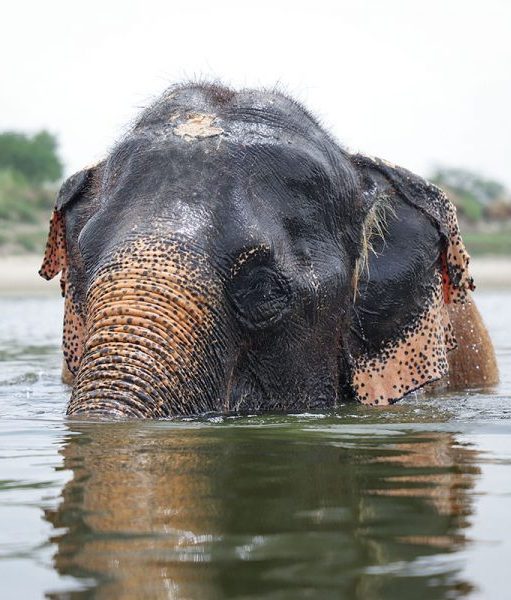 Present health condition: Kalpana is presently undergoing laser therapy for her front right leg, as well as medicated footbaths for the abscesses around her toenails and her footpads

Closest to: Holly and Karma

Favourite activities: Going on long walks with Holly and Karma

Background history: Kalpana was rescued in April, 2019 as a begging elephant from Uttar Pradesh, in 2019, owned illegally by a Godman who used her as a money-minting machine. Her owner would paint on her trunk and her forehead to hide her scars and wounds that spoke of her abusive and neglected past. The mental trauma that she underwent led her to be a timid, scared elephant that she was until Wildlife SOS came for her rescue. | READ MORE ABOUT KALPANA

A partially blind, exhausted and timid Kalpana would walk for hours endlessly, navigating amidst traffic of the town for the sake of her owner earning a few bucks out of her pain. In the name of tradition, Kalpana was abused and lived a life of severe neglect with a monotonous routine of waking up to a whip of a stick, endlessly walking through the day with a heavy 400 kgs iron carrier strapped to her back that would penetrate through her skin and poke her only to add to her pain.

When Kalpana was rescued and brought to the Wildlife SOS Treatment Unit at ECCC for lifelong care and treatment, our team of veterinarians observed her deplorable condition – sunken temples that spoke of her dehydration, eating mud that meant her gut was a host to worms that severely compromised her nutrition, her severely affected gait owing to the overbearing weight of her past that left scars that would always stay with her. Kalpana’s healing journey also led her to find a lifetime companion in Holly and Karma who are both completely blind, which is why Kalpana leads the way during long walks and regular check ups at the Treatment Unit. 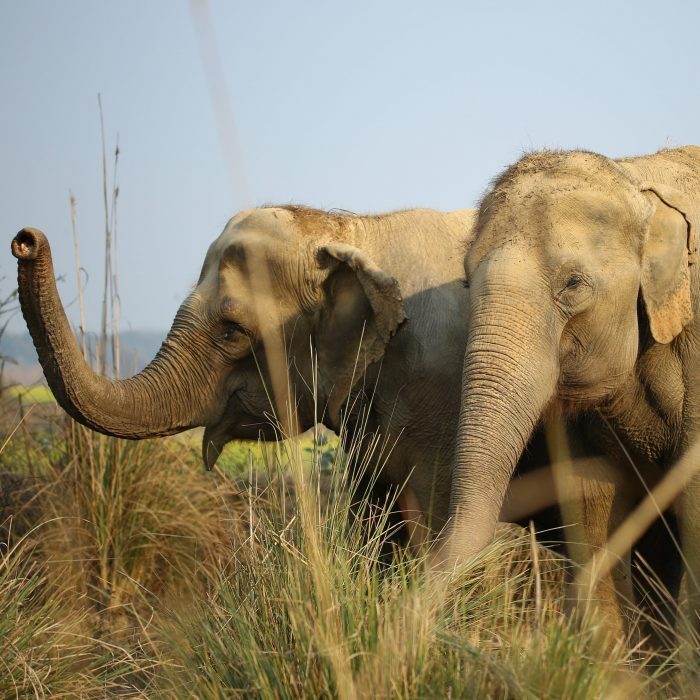 Kalpana enjoying a day in the Field of Dreams! 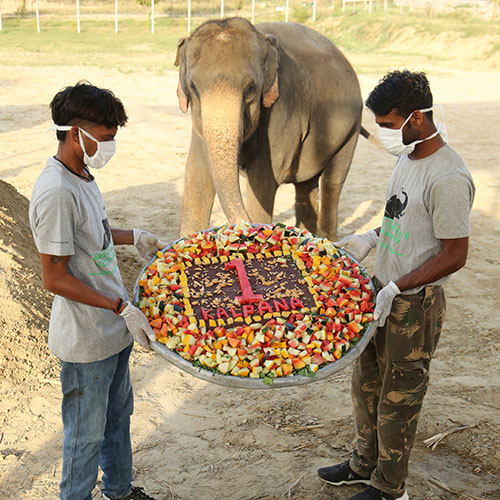 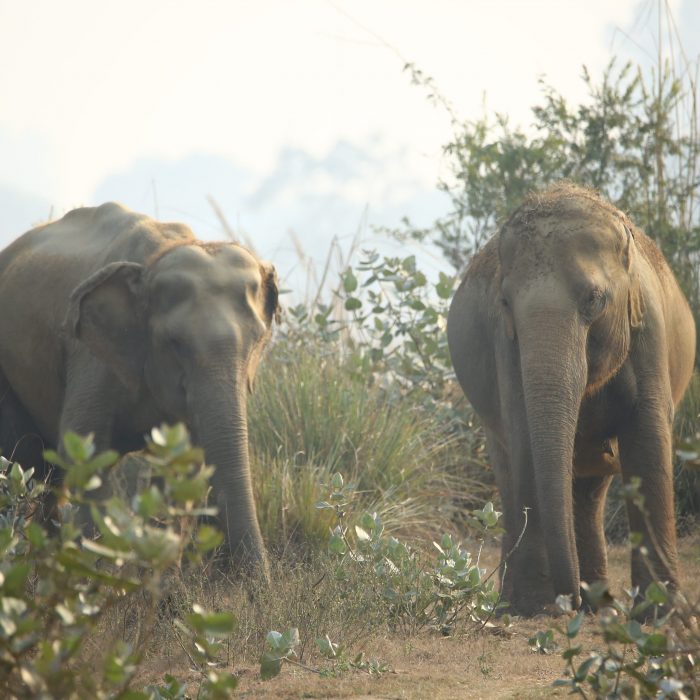