Recognisable features: One-eared elephant; lost presumably when poached from his herd in the wild

Background history: Suraj was living a life of abuse and neglect in a temple in Maharashtra when Wildlife SOS rescued him in December 2015. Ironically, Suraj, whose name means ‘sun’ in Hindi, spent nearly all his time restrained by spiked chains in a dark, dank room with little food and water. Years of neglect led to severely deteriorated health including multiple bull-hook wounds, foot rot and a terribly malnourished frame. This  magnificent tusker had even lost his entire left ear (believed to have been torn off when he was poached from the wild as a calf).

Safely residing at the Elephant Conservation and Care Centre, Suraj is getting all the pampering he so deserves today! | READ MORE ABOUT SURAJ

Suraj was a 45-year-old temple elephant who was living an extremely uncomfortable life in a dark, damp room that was too small for him. Decades of confinement had turned his joints stiff and he was finding it much too difficult to function in his big lumbering body. At the time of his rescue, Suraj’s gaunt and bony frame concerned everyone as he was severely underweight for his tall frame. The priority of our team then became to help him put on weight that would further help him gain strength.

Once the necessary paperwork was in order, the rescue team headed in the direction of Satara- despite a certain threat of hostility and possible danger. Hours of  extremely tense hours of negotiation followed as the team, accompanied by a force of more than 70 law-enforcement officers and 3 hired bodyguards, tried to reason with the temple officials, even as an ever growing mob of irate locals posed a constant risk of violence. With a little luck and lots of determination on our side, we finally won out and Suraj found himself being led to the awaiting Wildlife SOS elephant ambulance

Warm sunlight reflected off his magnificent tusks, as the large bull elephant stepped into the Elephant Conservation and Care Center.

The staff expected Suraj to take a while to recuperate; after all the atmosphere at the rescue centre, the new sights, sounds and smells, new friends to make, was sure to be overwhelming – there was just so much to do! But the regal bull took everyone by surprise as he ambled happily around the centre, enjoying the treats being doled out to him and even took out the time for a relaxing mud bath .. From then on, his journey of recovery has been only uphill, no setbacks. For over four decades of his life, Suraj suffered greatly that battered not only his body but his psyche as well. To see him slowly come out of his shell and enjoy the peacefulness at his new home is a sight to behold! 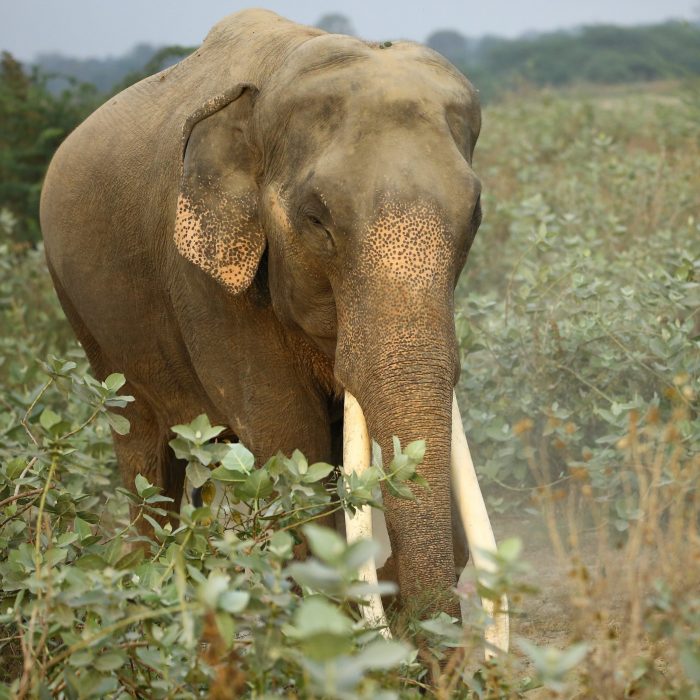 Suraj out on a walk 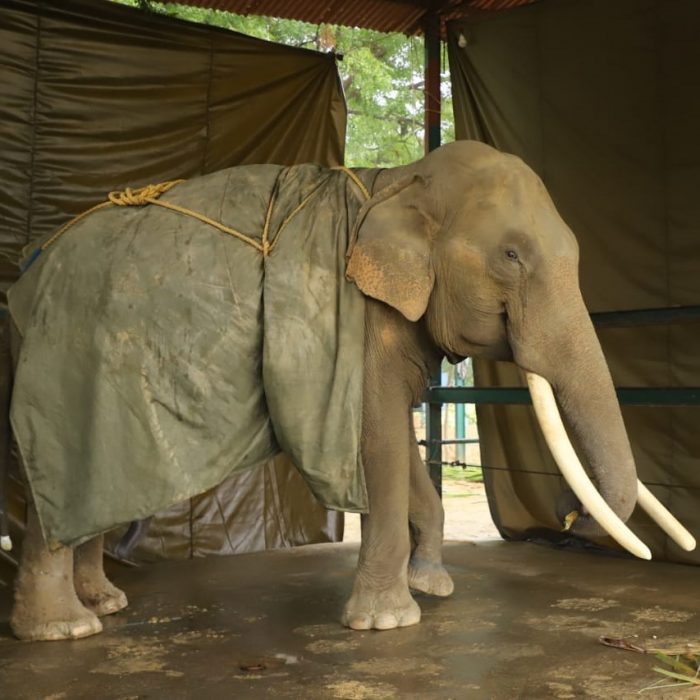 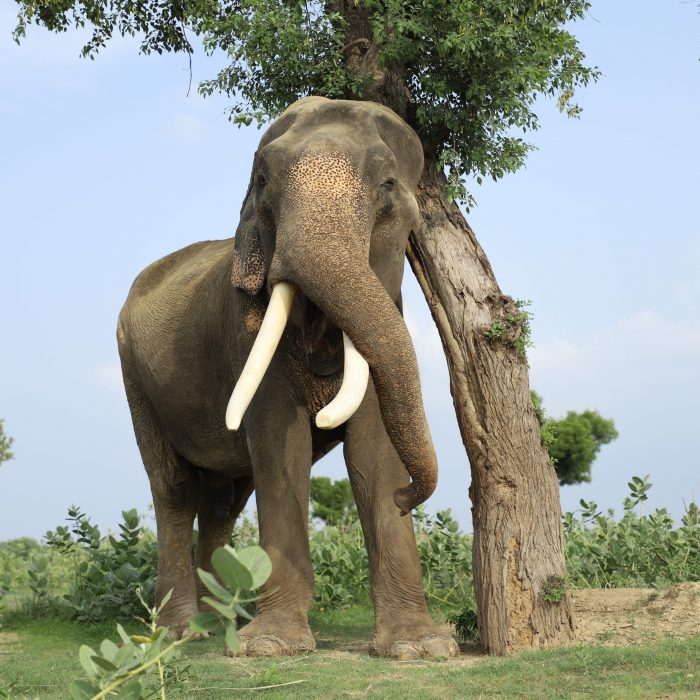