Age at the time of rescue: 3 years old

Recognisable features: Blind in both eyes; one is a glassy blue, the other doesn’t open fully

Special needs: As he is unable to see very clearly, the keepers uses olfactory sensory enrichments to guide him around his enclosure and hone his hunting skills

Background history: Ganesh was a victim of man-animal conflict, where he was brutally attacked by villagers who did not take kindly to the intrusion. While Wildlife SOS was able to rescue Ganesh from this horrific situation, he ended up losing his eye-sight in the incident.

8 years ago, a 3-year-old leopard had strayed into a village in Maharashtra. He was brutally attacked by a hostile mob, who out of fear took matters into their own hands. The Forest Department immediately turned up and got the situation under control, but by then, Ganesh was grievously injured and bleeding profusely. When initial treatment by the  Forest Department failed to show results, the leopard was shifted to the Wildlife SOS Manikdoh Leopard Rescue Centre for intensive care.

After two weeks, it became clear that the young leopard, now christened Ganesh, would never be able to see again. Ganesh’s left eye was severely infected and required to be treated immediately. The veterinary team had to surgically remove the eye to stop the infection from spreading further and
causing other health issues,  and there was very little vision remaining in the other. As Ganesh was left with a permanent disability, his chances of survival in the wild had reduced greatly. To ensure that he continued to receive the specialized care he needed, Ganesh was placed under lifelong care at the centre.

The loss of his vision has not hampered him in the slightest and he continues to jump around the logs and platforms in his forested enclosure. Be it any season, Ganesh is often seen dawdling around the second level platforms and relaxing in the sun. 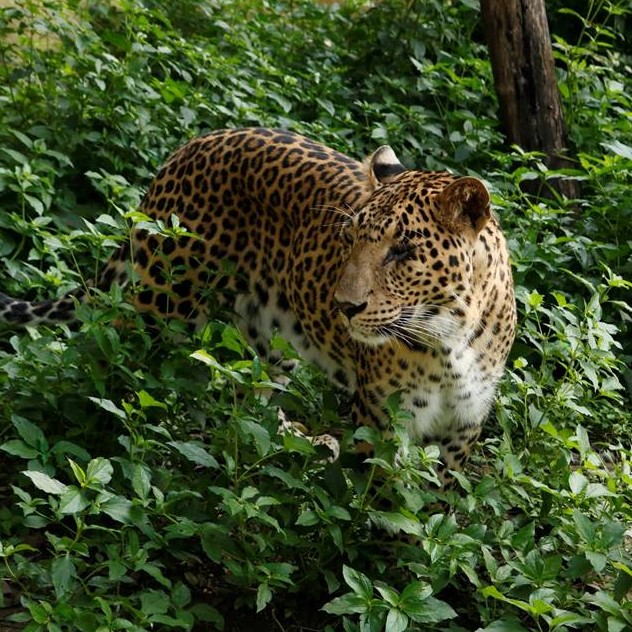 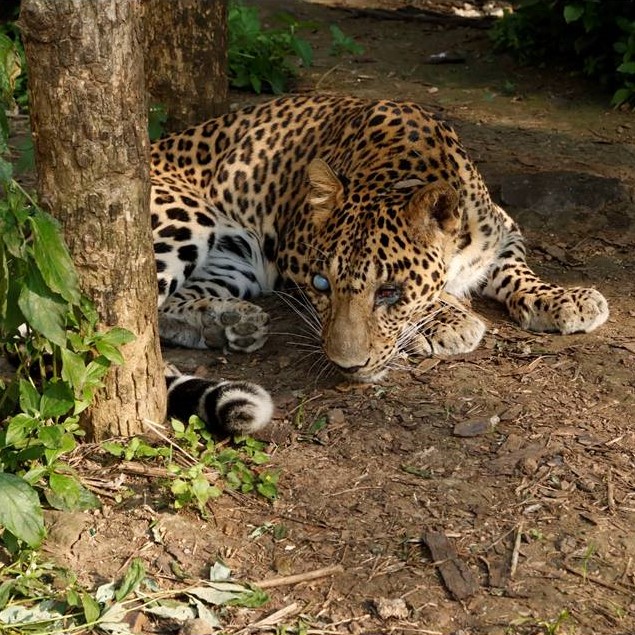 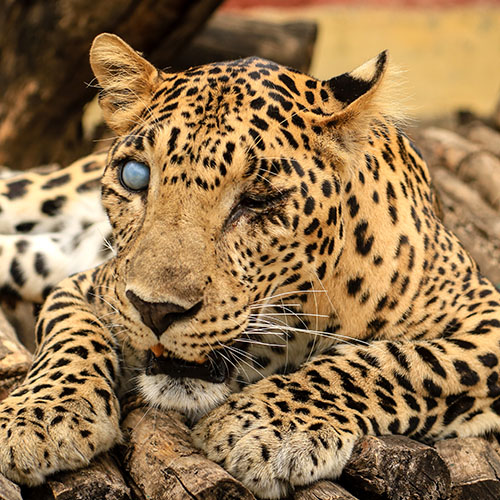