Age at the time of rescue: 4 months old

Closest to: George, her litter mate

Background history: Nathalie and her brother, George were rescued from a nearly 100-feet-deep well in a village in Maharashtra. As it turned out, their mother had drowned in another well nearby. Left orphaned, both cubs were brought to the Manikdoh Leopard Rescue Centre for lifelong care.

A leopard mother was hunting for food when she accidentally met peril in the form of an uncovered well in Maharashtra. Despite desperate trials, the leopard could not escape the doom that this open well spelled, and she drowned. The next morning a farmer alerted the forest department and the Wildlife SOS team operating out of the Manikdoh Leopard Rescue Centre of the presence of two cubs in an uncovered well.

When the team arrived at the location, they found the body of the mother leopard in another well nearby and surmised that the cubs were hers. She had been out on a foraging mission with her cubs close behind when she drowned in the well; after waiting for a considerable time, the cubs followed and fell in a similar trap.

The cubs were immediately transferred to the Manikdoh  Leopard Rescue Centre. As they were only a couple of months old, Nathalie and George  would not have survived in the wild if left to the whims of nature and humans alike.

Almost a year later, the two are now healthy, young sub adults who call the rescue centre their home. They love spending time with each other, climbing trees  and playing with enrichments. 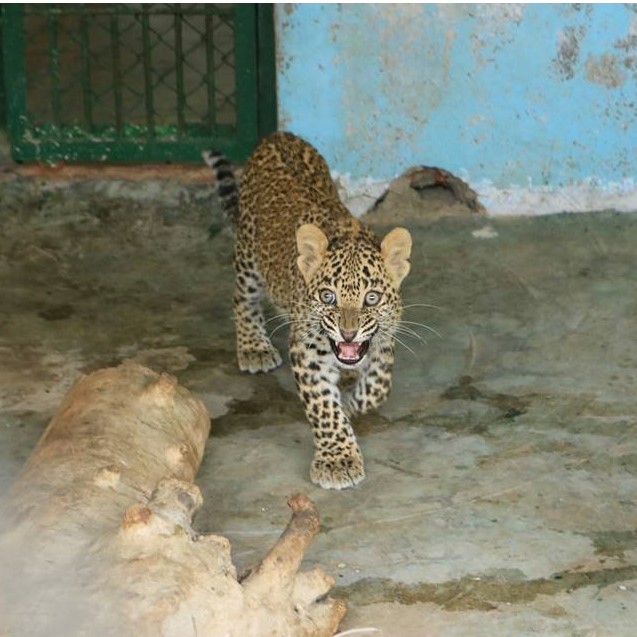 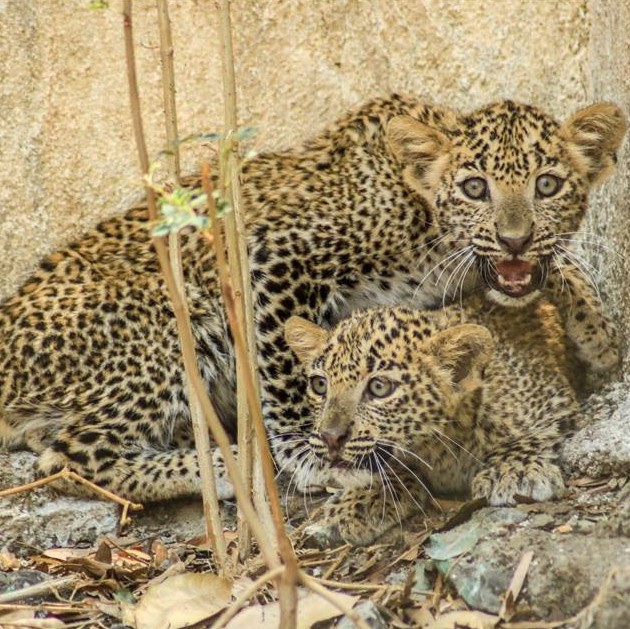 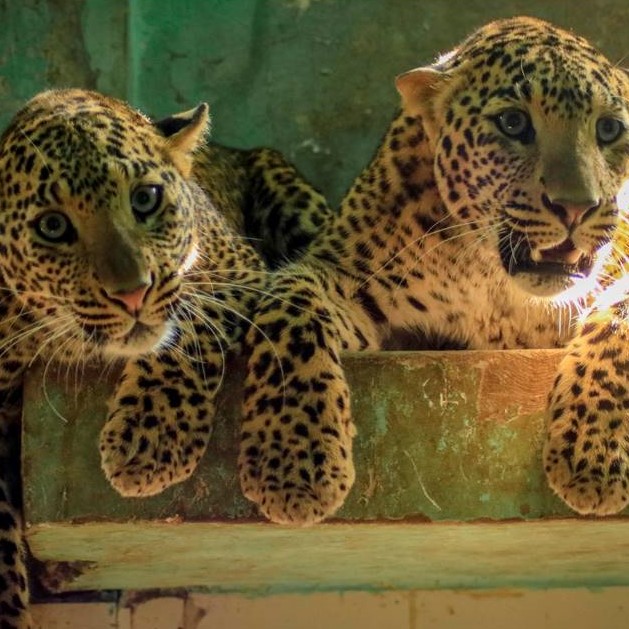