Age at the time of rescue: approximately 4 years old

Recognisable features: Missing one limb; was caught in a jaw trap

Special needs: As Vitthal has a missing paw, his enrichments have to be designed accordingly

Background history: Vitthal’s story started in a small forest-fringing village in Maharashtra where he fell victim to a snare trap, which has turned into a recurrent threat to wildlife in India. His right paw got trapped in the crude snare, putting him through extreme agony by tightening further every time he moved to free himself. When our team heard of his condition, they immediately rushed to the spot. Every minute was critical as Vitthal was in dire need of immediate medical intervention.

The seemingly simple looking snare trap has turned into a recurrent threat to wildlife in India, and Vitthal too had once found himself a victim of this lethal hunting device. His right paw was caught in the crude metal snare and he was extremely anguished due to the ordeal.  upon his rescue, Vitthal was  immediately shifted to the Manikdoh Leopard Rescue Centre for medical intervention, but it was not an easy transition, given how physically weak and mentally stressed he had become following this gory incident.

Our priority was to ensure that his severed off paw was disinfected and sutured to prevent secondary infections. In the weeks that followed his arrival at the center, Vitthal’s injuries started to heal and we were relieved to see the positive signs of recovery. It took some time, but Vitthal gracefully adapted to his new life. Soon he was bounding up the double-storeyed platforms and running around his enclosure taking in the new smells and marking his territory! We noticed that Vitthal got along extremely well with a blind, male leopard at the centre – Ganesh. So after careful planning, our team decided to introduce the two to see how their interaction would go. They were astounded to see them bonding instantly, the two are now inseparable and share an enclosure.

Vitthal is now a thriving leopard who has developed bonds of trust with the staff and specially with his keeper Shivaji. Vitthal now lives a happy and safe life. 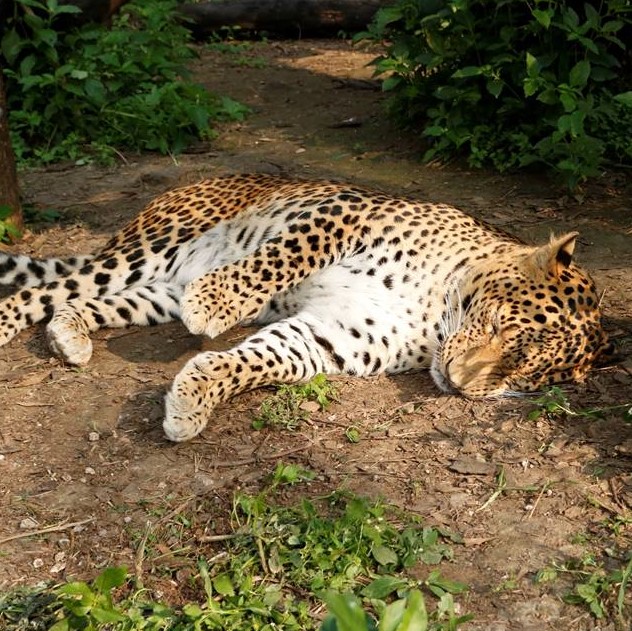 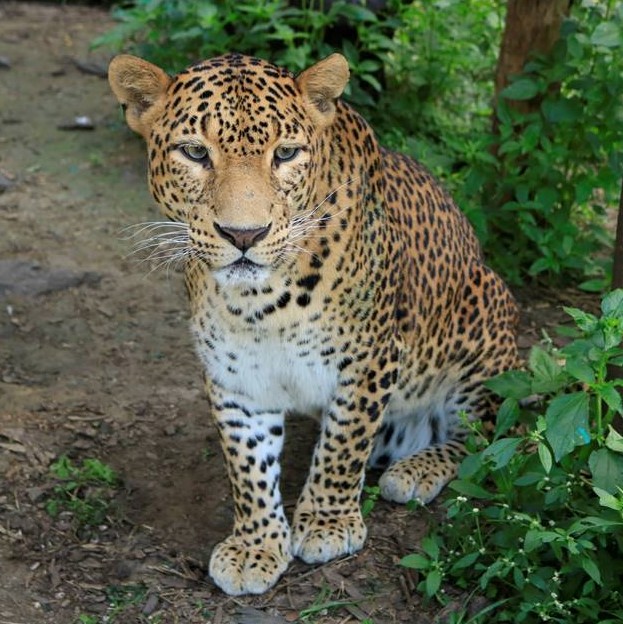 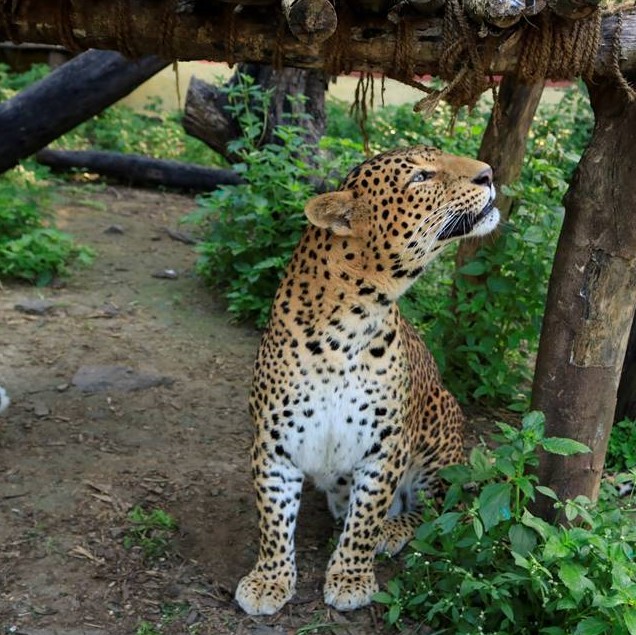