When one thinks of poaching of animals, the image of a heavily armed person crops into their head as they try to close on an animal. Such notions are understandable keeping in mind how sophisticated and elaborate poaching as a crime has become over the years. With the spotlight being given to armed poaching, it becomes easy to ignore the other less sophisticated ways in which wild animals are captured by poachers. The seemingly innocuous snares are one such device that has emerged as a threat to wildlife.

With easy DIY assemblage, snares can be put together with the cheapest of raw material such as metallic wires and wire cutters. Due to the commonality of the raw material, they go undetected and can be swiftly taken inside protected areas. Once the movement and activity patterns of the wild animal are learnt, snares can be placed strategically to capture the wild animal. Unlike with armed poaching, when a poacher has to wait patiently as it carefully observes the animal, with snares poachers have to simply return to the site later to see if the animal has been trapped. However, if no animal is trapped poachers do not make an effort to remove the snares. The snare simply stays put waiting to capture an animal.

A snare does not discriminate: it captures any animal that snoops around it- from a large predator to a small herbivore. The modus operandi is simple- the animal wholly or partially gets entrapped inside the snare and the noose tightens around it. In a bid to remove the snare, animals struggle which only further tightens its the grip. The consequences more often than not are fatal to the animal as it either dies due to hunger and dehydration as a result of the energy-intensive struggle, or it sustains life-threatening injuries. In such cases, timely help is essential if the life of the animal has to be saved.

Recently the Karnataka Forest Department (KFD) rescued such an entrapped male sloth bear from Bellary (district). The rocky terrain and deciduous forests of Bellary serve as an important habitat for sloth bears in the Western Ghats. The team of Karnataka Forest Department found that the left hind leg foot of the bear was caught in an inhumane snare. The injury appeared grave and worrying. As Wildlife SOS’ team based out of the Bannerghatta Bear Rescue Centre (BBRC) has previously assisted the Forest Department in providing veterinary aid in such fragile cases, the KFD took the lifesaving decision of shifting the bear to BBRC for urgent diagnosis and treatment.

Upon preliminary veterinary examination, it was revealed that not only there is a severe injury in the left hind foot of the bear, but the digits too have been severed. After being rendered unable to forage and move freely, the 10-year-old bear was severely dehydrated. The team immediately attended to the life-threatening wounds, and have started the critical treatment. Blood samples too were collected for further investigations and the bear has been kept under constant observation. Necessary X-rays too have been conducted to get a better assessment of the injury. The next weeks will be critical for the bear.

Cases such as these remind us yet again the serious threat that snares are to wildlife. An animal trapped in a snare dies an inhumane death, to simply quench the desires of humans. As an organisation working to help animals in distress, we believe snares are the cruelest man-made threats to wildlife. 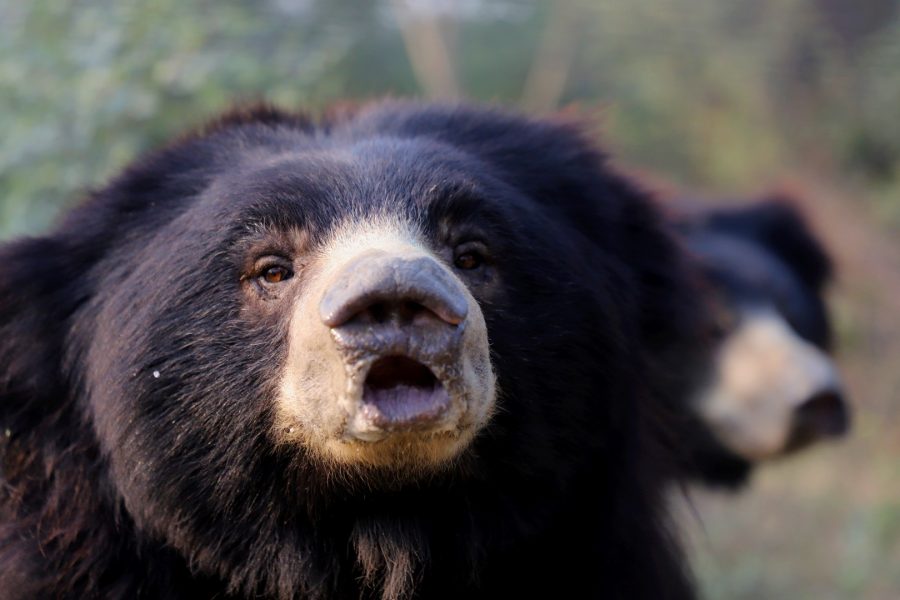