The generally peaceful village of Panner Taluka, Maharashtra, saw a flurry of activity early one afternoon last week, as the quiet agricultural village’s farming schedule was disrupted by the presence of a young female leopard trapped in a well.

Fifty feet down the well and terrified for her life, the animal was clinging desperately onto a rocky outcrop on the well wall, struggling to keep her trembling body from drowning. When the Forest Department contacted Dr. Ajay Deshmukh, chief veterinarian at Wildlife SOS’ Manikdoh Leopard Rescue Centre, the animal was already nearly ready to give up.

Dr. Ajay got together three other members of WSOS’ leopard rescue team at the centre and moved into action immediately. The journey to the village, on the border of Ahmednagar and Pune lasted about forty minutes and led them to an open field, lined with irrigation wells and crowded with villagers struggling to get a glimpse of the trapped animal.

It was then that the rescue team found out the whole story. The leopard had been found earlier that day in a nearby well, and was rescued by the Forest Department. Unfortunately, the animal, obviously in a state of shock and panicking due to its ordeal, in a desperate attempt to escape from the crowds that had begun to gather, darted off- and landed straight in another well.

Time was running out for the poor feline, and Dr. Ajay quickly arranged for the JCB machine to lower a trap cage into the well. Relieved to find a dry container right beside her, the leopard clambered straight into the container and was quickly lifted out of the well. Meanwhile, the Forest Department managed the crowds that were milling about, to ensure that the animal did not feel cornered or threatened, and to prevent any unnecessary panic or resultant mishaps.

The trap-cage, once out of the water was loaded onto the back of the Wildlife SOS rescue vehicle and the leopard was taken to the Manikdoh Leopard Rescue Centre for observation and any required treatment.

According to Dr. Ajay, “The leopard was found to be a young female, a little more than two years old, and was thankfully unhurt, but in severe shock because of the ordeal, and will be kept under observation for a few days till she is deemed fit for release.”

Looks like luck is finally on the side of this beautiful big cat, after a rather misfortunate morning. 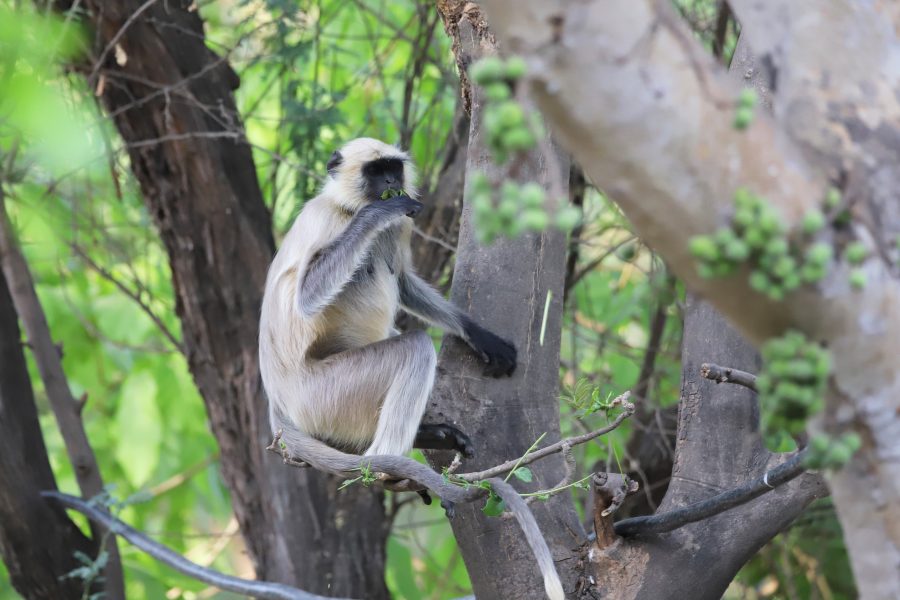