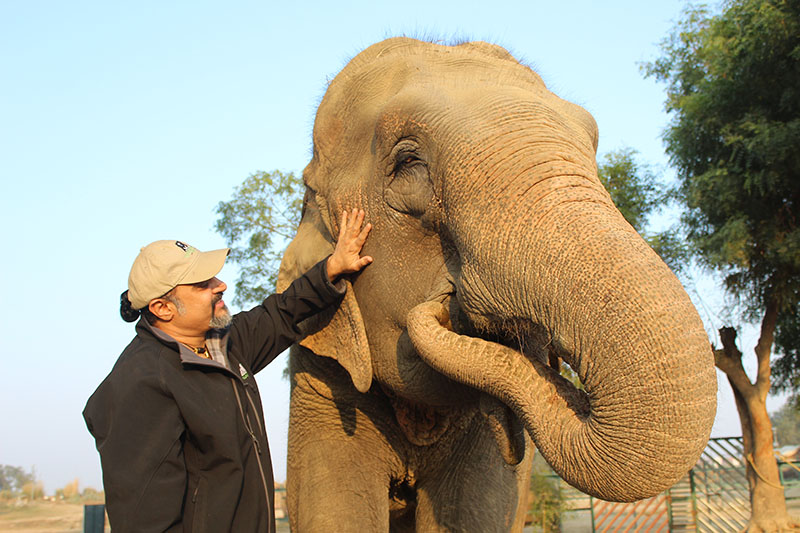 Kartick Satyanarayan, Co-Founder and CEO of Wildlife SOS, is often referred to as the ‘Bear Man of India’ for his efforts to put an end to the illegal practice of ‘dancing’ bears in India (TED talk). He is now focused on tackling bear conservation issues through biodiversity conservation, protecting habitat and creating bear conservation and education programmes to mitigate bear-human conflict in India.

In 1995, he founded the not-for-profit organisation Wildlife SOS with Geeta Seshamani which runs several projects to support bear conservation in India, including the largest rehabilitation centre in the world for Sloth bears. Wildlife SOS works with indigenous communities and in partnership with the Indian Government to tackle the increasing bear-human conflict through awareness. Kartick is an Honorary Wildlife Warden of Delhi, member of the state wildlife advisory board, Government of Uttar Pradesh, member – Wildlife Crime Control Bureau, member – Central Zoo Authority, and member of the Leopard Conflict Committee of the National Tiger Conservation Authority of India. He is a recipient of the San Diego Zoo Global Conservation Medal for “Conservation in Action” (2018) and has been felicitated with The Maharana Udai Singh Award, 2019, for conservation and community rehabilitation work.