Harvest season warrants an early start to the morning for the sugarcane farmers of Bargain Rasai village in Shirur, Maharashtra. Sunday morning started routinely enough, as the men took to the fields, hacking at the long sugarcane stalks with their sharpened sickles as the cool morning air whipped and whistled through the tall grass.

Suddenly, a quiet mewling interrupts the harvest process. Growing steadily louder and more desperate, the pitiful cries seem to be emanating from a yet unharvested patch of sugarcane still standing amidst the otherwise barren field. Tentatively, one of the farmers pushes back the crop to reveal a heartwarming sight.

Three leopard cubs, barely two months old, huddled together in the dewy soil, their large blue eyes blinking curiously up at him.

A growing population, expanding farmland and depleting forests have lead to a manifold increase in man-leopard conflict in the area, so the farmers aren’t startled to find the cubs on their farm, but know to be wary of a protective mother lurking in the vicinity. But hours pass and no mother is seen. Worried that the cubs have been abandoned or orphaned, a local calls the Forest Department, which in turn contacts the Wildlife SOS team in the area based out of the Manikdoh Leopard Rescue Centre, some 60km away.

A team is dispatched immediately, lead by senior veterinarian Dr. Ajay Deshmukh. As they make their way through the few remaining patches of sugarcane plantation, the team is nervous – leopard cubs need their mothers to survive in the wild, and there’s nothing the team wants more than to give these ones a fighting chance at a natural life. Luckily, the team has experience on their side, having successfully reunited over forty cubs with their mothers over the years. 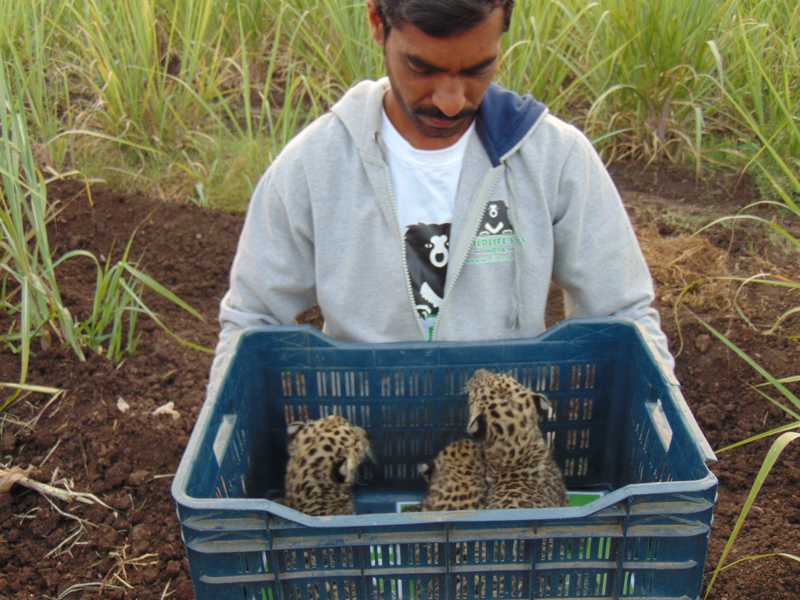 The cubs are exactly where the farmers said they would be, and there’s still no sign of the mother. So as a part of the team heads out with the forest dept to track down the mother, Dr. Ajay gets to work examining the cubs – two males and a female – with the happy and relieving conclusion that they’re healthy and free from parasites.

A little into their search, the team reports back to say the mother has been spotted in the vicinity, so the decision is taken to leave the cubs there overnight, with the team keeping watch from a safe distance.

The squirming kittens are placed in a box, which is then partially covered and hidden in a thicket nearby, all precautions in place to make sure no predators can get to them before their mother.

Darkness falls and a light chill sets in, but the team keeps a careful and patient vigil nearby. 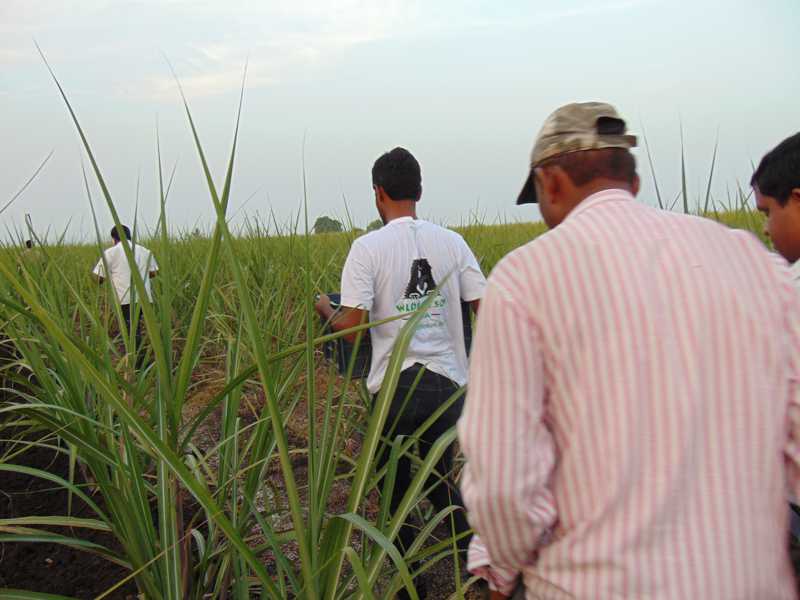 Something near the thicket moves causing the shadows of the sugarcane to dance across the moonlit fields with a rustling noise. A glimpse of golden fur emerges and disappears back into the thicket just as swiftly as it came. The steady quiet mewling of the bewildered cubs suddenly escalates into elated squealing as their mother topples the crate to send her babies tumbling gently into the mud. She examines them carefully, caressing each with her muzzle and licking them till they are comforted enough to quieten down. Then she herds them gently into the nearby jungle, three little cubs stumbling happily through the grass, their ever vigilant mother in tow, never letting them out of her sight.
It’s the last the team sees of the family, and we’re hoping that’s exactly how it stays – the cubs now have a fighting chance at a wonderful free life in the wild, raised by the brave mother that came back for them.