How many people do you know who would climb fifty feet into a well to rescue a giant python? Or scale buildings to rescue a bird caught in a wire? Or even come face to face with some of the deadliest snakes in the country to ensure that the reptile gets a chance at living in the wild?

Responding to over 30 calls on an average day, the Wildlife SOS rescue hotline is ever abuzz with news of wild animals in distress and desperate pleas for their rescue.

The Wildlife SOS Rapid Response Unit has been working in three cities – Agra, Delhi and Vadodara – to address the problems of wildlife conflict in urban spaces accelerated by growing populations, rapid urbanization and misconceptions about many of the native species of wildlife with whom we share our landscape.

Needless to say, every day is a busy day for our rescue teams, whether they are getting massive pythons out of deep wells, getting monitor lizards out of people’s houses, treating antelope injured in road accidents or even translocating leopards that have found themselves trapped in human settlements and surrounded by a hostile mob. Still, our Special Projects Manager, Wasim Akram, who has been coordinating the rescue helpline for three years now, took some time out of his hectic schedule to talk about the rapid response team and the critical lifesaving work they do, 24 hours a day, 7 days a week, in our latest webinar titled – “Round-the-Clock Rescue: The Wildlife SOS 24-Hour Hotline.” 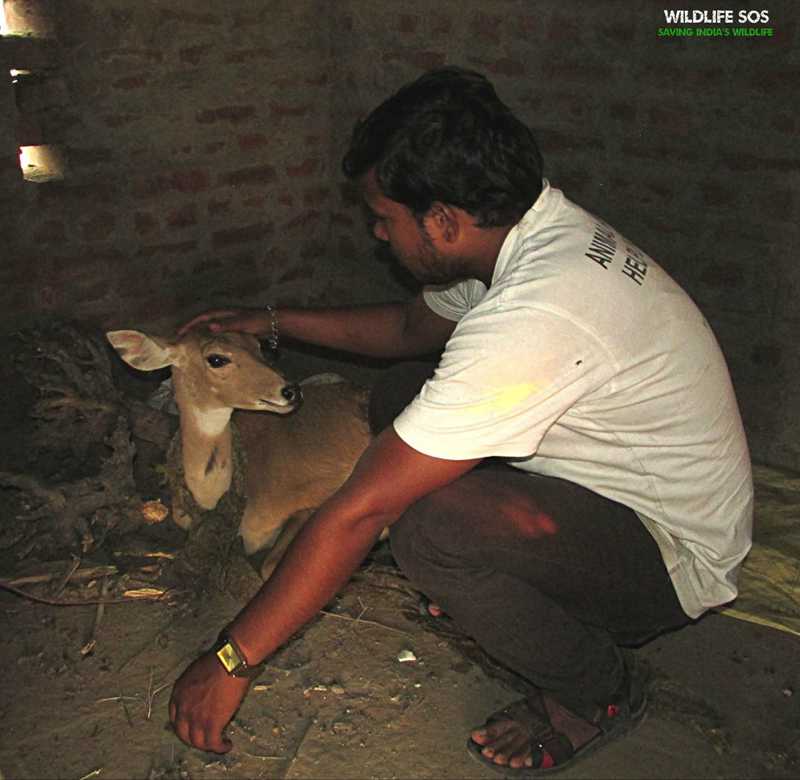 After a quick introduction to the amazing people that make up our rescue team, and the heartwarming stories of their transformation into protectors of wildlife from their former illegal trades as snake-charmers and poachers, Wasim’s webinar dove into the nitty-gritties of rescuing wildlife in metropolitan cities, while giving the audience an idea of the startling range of distress calls the helpline deals with on a regular basis. Along with regaling stories of our most recent wildlife seizures and adventurous rescue operations, each brought to life by the accompanying pictures and video, Wasim detailed some of the many challenges faced by the team is carrying out rescues.
The webinar was an eye-opener in terms of the depth of information it provided – including lesser known facts about the impact of hot summers and blinding winter fog on wildlife and the rescue teams, the designs of our blue-bull translocation containers, the challenges of traffic and how we deal with it, and the inherent scientific understanding behind how we do what we do. Wasim talked in details about why certain wildlife is more prone to coming into conflict with people, and why misconceptions and baseless fears often result in situations getting dangerous for the animal.
In the most exciting conclusion, the audience got to hear about the anti-poaching operations that our rescue team gets involved in including the most recent seizure of wildlife being trafficked in postal packages!
Despite being exposed to senseless cruelty, tough working conditions and the heartbreaking fear and trauma of animals caught in urban conflict situations, the Wildlife SOS rapid response unit remains dedicated to being the only savior to these unfortunate animals in the cities in which they operate – and the webinar brings to life all of the victories and challenges of the job, ending on the moments that make it all worthwhile – releasing a healthy animal into the freedom of the wild.
For those of you who missed the webinar, don’t worry – you can catch the recording at THIS LINK!