Kasthuri was rescued from a Kalandar settlement in West Bengal in 2007. She was only six months old at the time but had already been subjected to immense abuse and cruelty. As part of her indoctrination as a dancing bear, a red hot iron poker was forcibly pierced through her soft muzzle and a rope was then strung through the fresh wound. The gaping wound was never allowed to heal and her Kalandar master would tug on the rope to make her dance and jump from the pain to entertain the masses. Stressed and in unbearable pain through the cruelty and negligence, her condition upon her rescue was heart wrenching. She was later transferred to the Bannerghatta Bear Rescue Center in Bangalore for lifetime care and treatment.

The signs of physical abuse were quite evident on Kasthuri as she was missing some of her teeth and had a distinctly mutilated muzzle. Moreover, the trauma and fear of being beaten and forced to perform dance performances on command had taken a toll on her psychologically as well.  Our team of veterinarians and staff worked very hard to help her overcome the physical and emotional wounds. 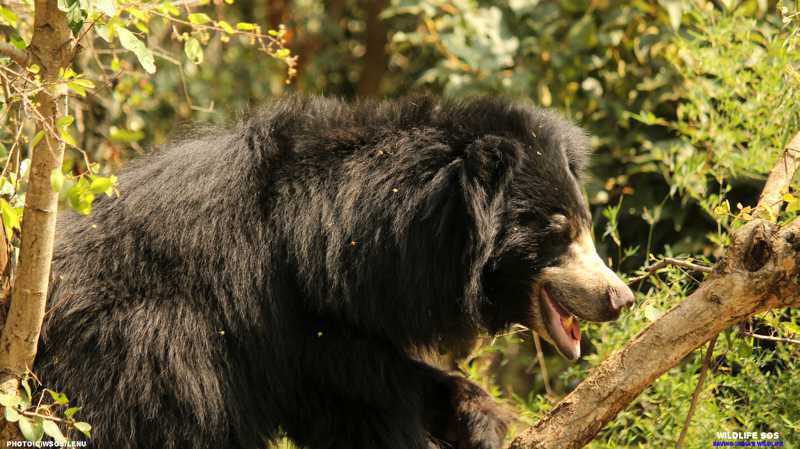 Having faced such injustice in the past, it comes as no surprise that she remains distrustful and wary of people. Trust was slow to build but Kasthuri eventually accepted the comforting presence of her keeper Hussain Basha. It did take her quite a while to adjust to her new home, to get used to compassion and kindness but today, this seven year old is happy and fits right in with the rest of our rehabilitated bears.

She is not particularly fussy when it comes to food. She likes to eat everything but has an evident fondness for honey, watermelon and dates. Vimal and Kashi are two of her closet companions and being the youngest of the three, Kasthuri is filled with energy and is always urging them to join her in play and fun. To channelize her seemingly unlimited energies, Kasthuri has been provided a lot of enrichments in her enclosure and one can always find her busy disassembling enrichments, rolling honey logs and digging up insect mounds. With numerous trees all around the lush green centre, Kasthuri takes complete advantage of her instinctive abilities and spends her day scaling the tall branches to play with suspended enrichments.  “Kasthuri enjoys playing with suspended fruit enrichments and looking for hidden treats around the enclosure “said Hussain Basha. 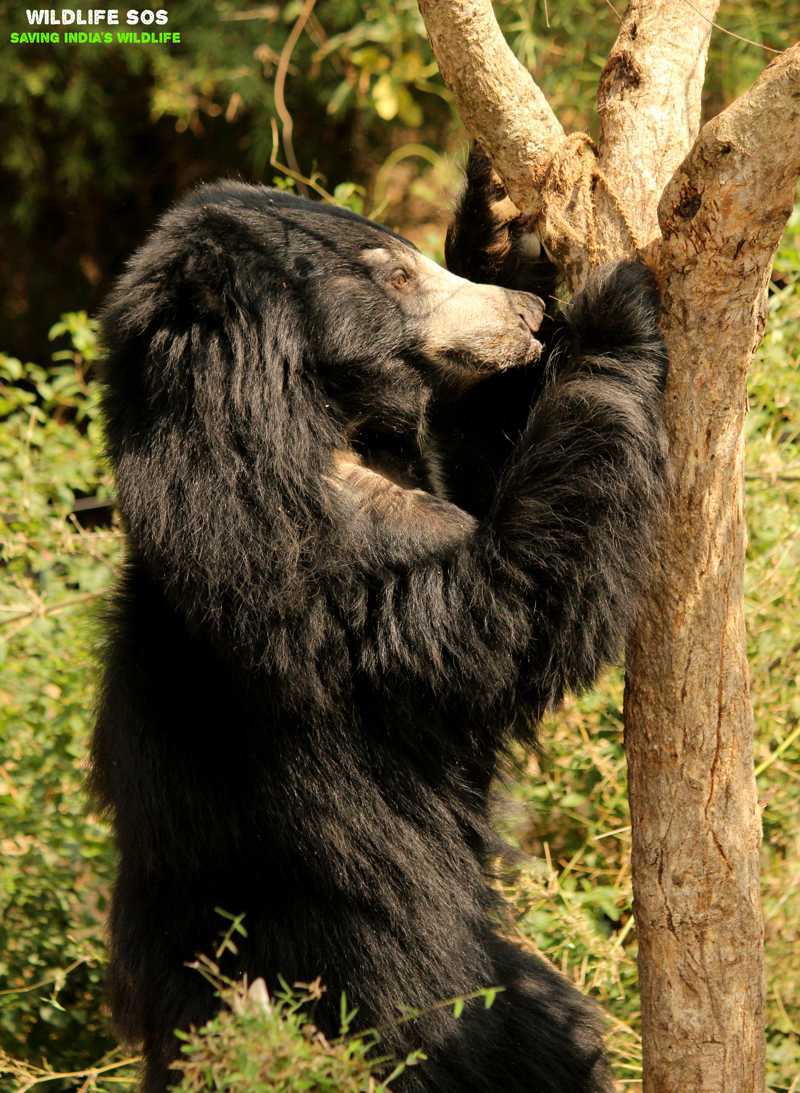 We would like to extend our gratitude to all our kind and generous supporters, who have made it possible for us to provide a safe and comfortable home for so many of our rescued dancing bears, including lovely Kasthuri.