It turned out to be quite a shocking day for the residents of Suresh Nagar, New Agra when a large wild leopard wandered into a building in the neighbourhood. Scared and confused in an unknown environment, with an ever increasing mob of people yelling and pelting stones, the big cat rushed to take up shelter in the watchman’s house.

Meanwhile in a state of panic and fearing for their lives, the residents barricaded the room and hurriedly called the police and the Forest Department for help. The call was immediately transferred to the Agra Bear Rescue Facility, run by Wildlife SOS in the city, and our rescue team was informed of the big cat’s presence.

By nature, leopards are extremely shy and their primary instinct is to avoid human contact, but with unwarranted invasion of their natural habitats, the leopards find their territory and prey base depleting and are forced to seek out other means for survival. Thus, they often enter villages and small towns seeking food such as poultry or dogs. These episodes lead to man-animal encounter and conflicts. Unfortunately, incidents like this are becoming more frequent due to rapid urbanization and development taking precedence over wildlife and forest conservation in the country, thereby compromising and gradually even depriving this majestic creature of its forested home. 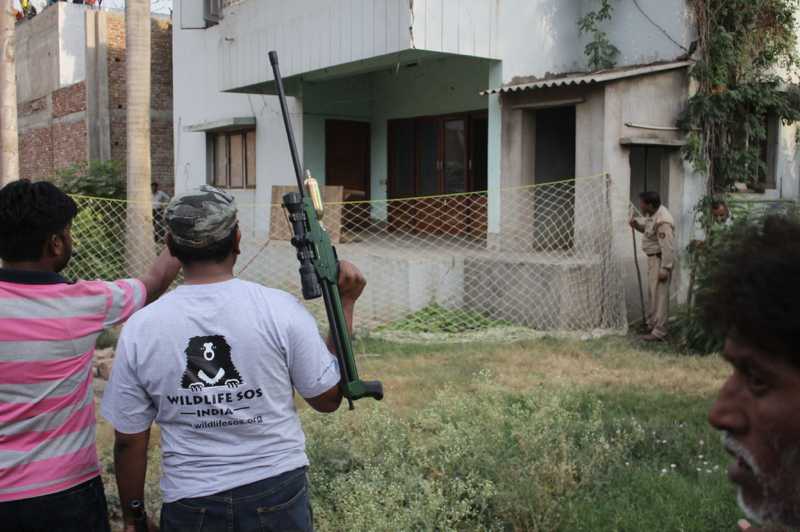 With dart guns and tranquilizers in hand, the Wildlife SOS and forest department teams arrived at the location to find a crowd of agitated on-lookers gathered around the house the leopard had entered. The team instructed the forest department to put up safety nets along the periphery of the house, while the police controlled the unruly crowd, requesting it to disperse.  In order to locate the animal and assess the situation, a hole had to be drilled in the wall, through which Wildlife SOS veterinarian Dr. Illayaraja used a tranquilising gun to sedate the wild animal. “Rescue operations can be dangerous and need careful planning in order to ensure the safety of the animal as well as the people” said, Dr. Illayaraja. 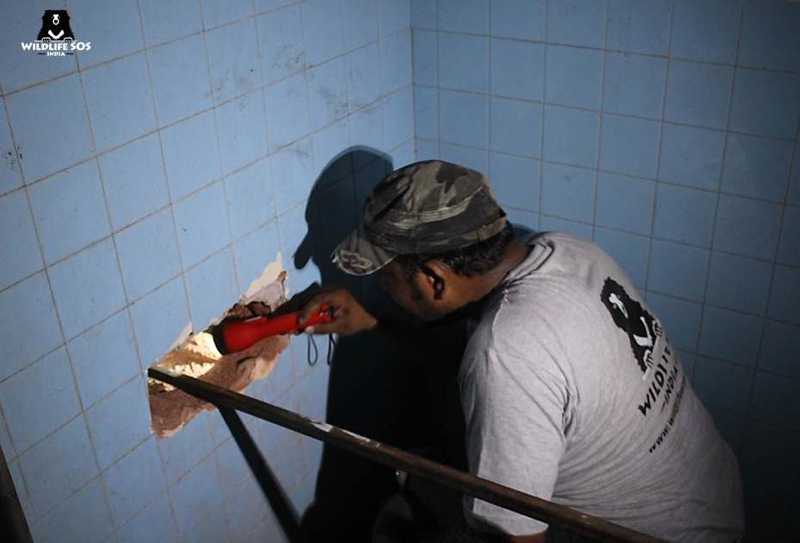 Once sedated, the team carefully transferred the distraught animal to the Wildlife SOS rescue centre where Dr. Illayaraja conducted a thorough examination. “The leopard is a four year old male and he sustained minor injuries on its forehead during the ordeal, for which it is receiving treatment. Apart from that he is healthy and fit”, he observes.

After receiving permission from the forest department and being deemed fit by the veterinarians at Wildlife SOS, the leopard has since been released back into the wild.