As a thick blanket of clouds engulfed the sun, a mood of melancholy and gloominess loomed over the city of Kathmandu in the valley of Himalayas. The pouring rain too seemed to be playing its part well, painting the town grey. Meanwhile the Wildlife SOS team waiting patiently at the Kathmandu Zoo appeared oblivious to this greyness. Their energy was contagious, for they had been carefully planning this moment for the last 7 months- the rescue of the last dancing bear of Nepal!

In December 2017, Wildlife SOS received a heart-breaking piece of information that two dancing bears were spotted at a remote part of the Indo-Nepalese border. Before any further steps could be taken, the owners fearing the seizure of the Sloth Bears, Rangila, 19 years old male and Sridevi, 17 years old female, cleverly moved the bears to Nepal where the tradition of dancing bears persists. Sloth bears have historically been poached as cubs from the wild to perform “dances” on the streets for the entertainment of people. This brutal practice involves puncturing a hole in the muzzle of the bear and forcing a rope through it so that every time the owner tugged on the rope, a painful sensation would make the bear “dance.”

Perhaps, the Lady Fortune spun her wheel a little generously, for the two distressed bears were confiscated by the Nepal Enforcement officials and moved to their temporary home at Kathmandu Zoo. However, this was just the beginning of a long tedious journey to repatriate the two bears to the Agra Bear Rescue Facility (ABRF) in India.

Wildlife SOS with the help of Jane Goodall Institute, Nepal started liaising with the Indian and Nepalese government respectively to prepare the necessary permits and documents required to move the bears to Agra. However, it was easier said than done- the matter quickly became of national importance in Nepal, with the members of Federal Parliament of Nepal critically weighing the pros and cons of the repatriation amongst themselves. 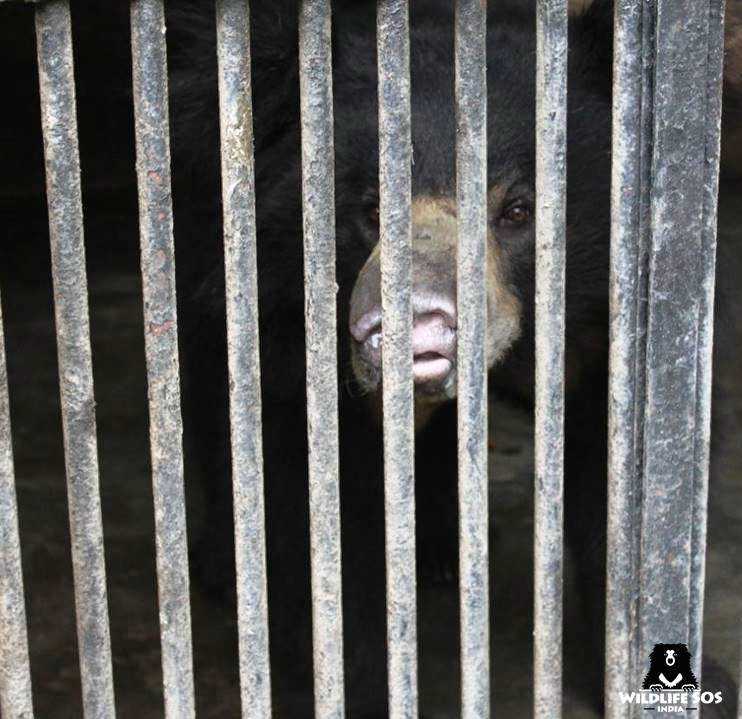 Meanwhile, with every passing day the bears were becoming more anguished and frailer. As fate would have it, Sridevi couldn’t continue fighting anymore and succumbed to death, leaving Rangila alone. Sridevi’s early death not only broke our hearts, but also fuelled us to work harder to get her companion, Rangila, out of Kathmandu Zoo before it was too late. Wildlife SOS and the Jane Goodall Institute worked tirelessly for seven months, and finally, the fateful day to rescue Rangila arrived.

Wildlife SOS’ animal ambulance was prepared and loaded with supplies for the long journey, and critical documents were set in place. With this, the zealous team of Wildlife SOS reached the city of Kathmandu to undertake the 48-hour rescue mission.

Up on reaching Kathmandu Zoo, we were saddened to find Rangila showing stereotypic behaviour like pacing back and forth in his enclosure, which is a sign of extreme distress indicating that the animal is suffering psychologically. Our senior veterinarian, Dr. Ilyaraja Selvaraja immediately jumped into action to medically examine Rangila and prepare him for the long journey ahead. To our surprise, Rangila was extremely cooperative through out the process as if he knew that a better life lied ahead for him. 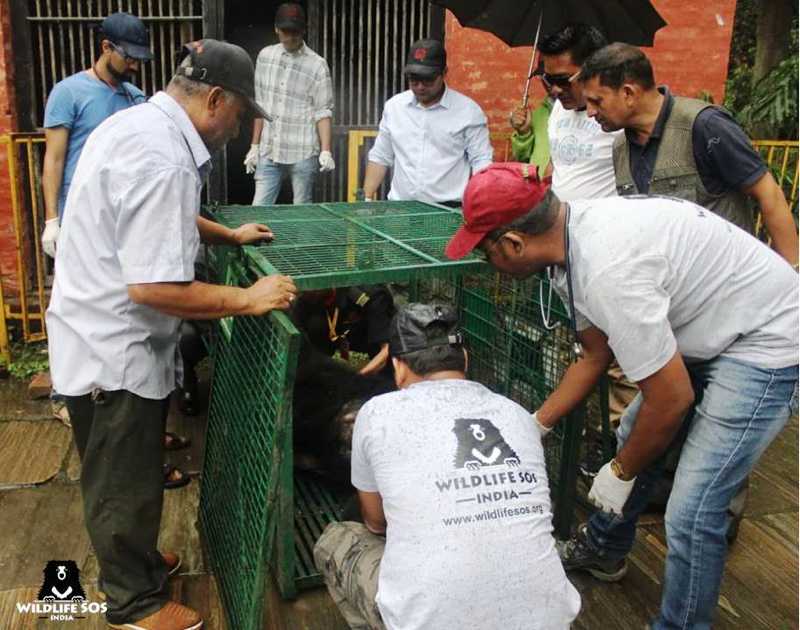 The contagious energy of Rangila made the 1000 km journey from Kathmandu, Nepal to Agra, India seem like a short ride. The scenic beauty of the route too added to the peacefulness that the team was feeling knowing that Rangila had now left his barbaric past behind. Rangila seemed to be at ease with the new faces that he was interacting with, showing them his playful side whilst skilfully gulping down the fresh watermelons that he got during the journey.

Finally, on the 11th of July Rangila, the newest member of our family, arrived at ABRF for lifetime of care and freedom. He was moved to the Quarantine enclosure to undergo a mandated quarantine period where he will be subjected to several medical check-ups and screened for diseases. He would also be dewormed and given a healthy diet of dates, honey and multi-grain porridge to boost his immunity and give him a chance to put on weight. A dedicated team of veterinary doctors and bear keepers will monitor Rangila closely to observe his behaviour and train him through positive reinforcement to enable vets to medically treat him smoothly. Positive reinforcement training involves rewarding desirable behaviour through treats and words of appreciation, unlike the traditional methods of training that rely on inflicting pain and fear in the animal. After the quarantine period, Rangila will have access to large socialization enclosures where his behavior & personality will be closely monitored by the Wildlife SOS vets & staff. The enclosures will ensure he interacts with other bears. Based on his personality, he will then be matched to a group and moved to a larger free-range area. 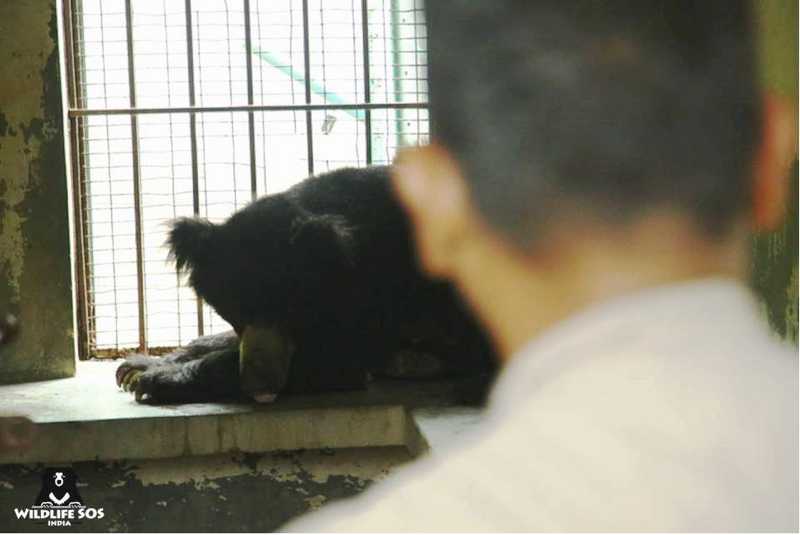 Rangila would also be provided with various enrichments to help him actively engage his mind whilst foraging his food. These enrichments also help keep the bears both mentally and physically stimulated to keep them healthy and fit.

It is truly heart-warming to see Rangila adapting to his new free life, which is full of possibilities. We would like to thank the Ministry of Environment & Forests, Govt. of India, Director General Foreign Trade, Govt. of India, Wildlife Crime Control Bureau, the Chief Wildlife Warden of Uttar Pradesh and the Jane Goodall Foundation as well as all our supporters who signed petitions and raised their voices for making Rangila’s new life a possibility!

You can watch his rescue journey by CLICKING HERE!