For millions of years, the earth has survived through a series of careful checks and balances that it carefully implements to allow all life on it not just to survive, but to thrive. With natural changes and shifts in climate and land structure, the myriad of lifeforms on the Earth adapt alongside, surviving these gradual changes through calculated adjustments to their lifestyles, behaviours and genetic makeup, proliferating and continuing to populate the world we live in. Nature is amazing like that, she takes careful care of all that depends on her, and all life forms in some way or another, give back to nature – dispersing seeds, decomposing compost, controlling populations and eventually returning to the earth that they came from. This intricate balance, so delicate and yet so powerful, is the reason the earth still persists, and depends not just on nature itself but on all that nature supports – an incredibly ecosystem so carefully and tightly knit together that the slightest miscalculation can wipe out millions of lives, or sometimes, even an entire species.

Human beings have for long thought that their intelligence gave them more right over the earth and its resources than any other animal or plant – plundering through centuries old mineral deposits, decimating soil cover that has taken millions of year to create, damming and draining mighty rivers, and destroying forests and habitats that are the carefully constructed homes of countless organisms.

With habitats getting fragmented, depleted, degraded and often lost completely, the thousands of life-forms that depend on them for their survival find themselves left with no homes, no food sources, no shelter and no water sources – battling for their lives and eventually for the survival of their species against overwhelming odds and an urban, man-made landscape that is becoming increasingly hostile to anything that is not human. Species are slowly being pushed closer to the brink of extinction, as their populations decline to the point that they are endangered and the health and reproductive success of the small remaining population is so compromised that the situation fast becomes critical and the species edges swiftly towards dying out completely.

Endangered Species Day gives us a chance to reflect upon just that toll that we are taking on our environment. In a world so delicately balanced, the recklessness of humans and dangers of rapid development that come with a rapidly expanding human population, the repercussions will be disastrous. A blatant disregard for other forms of life eventually will prove deadly for our species as well, and this day offers us the opportunity to realise this before it is too late. For species like the cheetah, long ago hunted to extinction in India, and now barely surviving in its last range country of Africa as populations have shrunk to a point where inbreeding is rampant and offspring are severely compromised in terms of health and immunity, time is quickly running out. Tigers and rhinos face similar fates, their subspecies gradually disappearing across the world and the few remaining populations still at grave threat from habitat loss and poaching. And even as charismatic megafauna like big cats, elephants and bears captivate human imagination and garner some attention to conservation, smaller species go unnoticed even as they gradually disappear one at a time, without us even noticing. The most shocking example would likely be the Pangolin – an animal that most people have never heard of, and probably didn’t know existed, but which remains till today the most trafficked animal in the world – hunted to critical endangerment due to misconstrued notions of the medical value of its scales and other body parts. 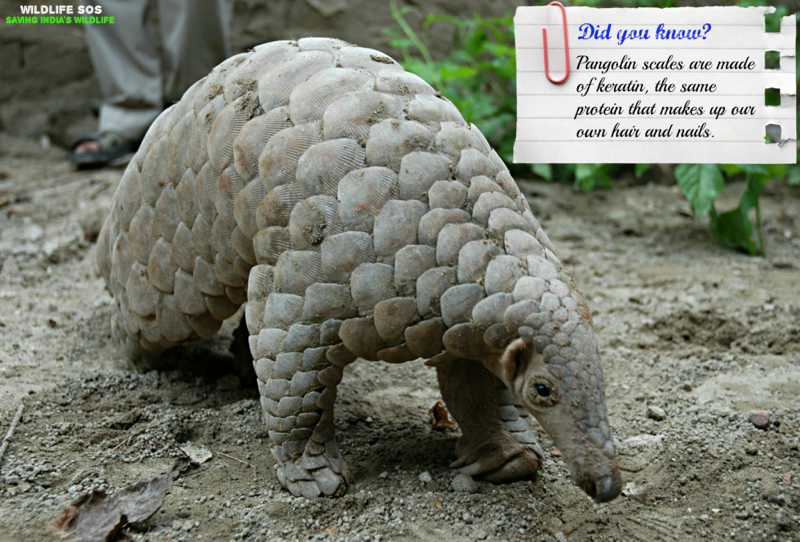 Like the pangolin, species of frogs, insects, fish and birds are constantly pushed to the brink and served with the threat of extinction without anyone realizing or doing anything about it, and without us truly understanding how incredibly important the role of every single species is to the environment. If a particular species of snake goes extinct, vermin and insect populations will grow disproportionately and out of control. Food sources would be decimated by this exploding population, and diseases would spread like wildfire, slowly killing smaller mammals and larger herbivores like deer. This compromises the prey base of larger predators like big cats and large canines, forcing them to move out of the forests in search for prey to avoid starving to death. This brings them into conflict with human beings as they kill people or livestock, and conflict alone can cause the decimation of the species – no animal is any match for the modern weaponry, poisons and other deadly methods of conflict prevention and revenge exacted by those affected by man-animal conflict.

What humans often fail to realize is that their intelligence doesn’t give them the right to destroy the planet, but instead bestows on them the responsibility to protect it. Through Wildlife SOS’ biodiversity protection projects, like our re-plantation and afforestation efforts in Karnataka and every other state we work in, we try to make up for some of the wrongs of our kind, and restore some balance in depleted forests and degraded land. Our anti-trafficking and anti-poaching operations rely on a network of informers willing to sacrifice everything to ensure that every single animal’s life is valued, no matter how small or large – and that they get a chance at a free life, as contributors to their environments and their species. Every rescue we do, from tiny turtles and small snakes to leopards and bears caught in conflict comes out of a realisation of the importance of the animal and its contribution to the environment and a deep respect for nature’s carefully designed system to preserve herself and these animals.

At Wildlife SOS we realise the immense responsibility we have of giving the world’s millions of beautiful and amazing species a fighting chance at survival, because we realise how vital each of them is to the survival of our entire planet. Please consider becoming a monthly donor and help sustain our campaigns throughout the year here; http://bit.ly/2rkPvNw