The Department of Tourism recently organized a grand Snow Carnival in the beautiful valley of Gulmarg in the heart of Baramula district in Jammy and Kasmir, covered with a carpet white snow during the winters. This part of India is picturesque and serene and is best known as the “heartland of winter sports in India” and was rated as Asia’s seventh best ski destination. Both national and international tourists, throughout the year visit this popular destination.

The Snow Carnival this year lasted for 15 days and was organized to attract tourism and boost economic development. The aim was to spread awareness on regional art, culture and its unique biodiversity as well as inform about various tourist destinations in the State. The carnival witnessed a large number of recreational winter activities like skiing, ice hockey, snow sculpting, snow mobile rally, snow rugby, night skiing , snowboarding etc and attracted Bollywood celebrities as well as the Chief Minister.

Wildlife SOS was invited to become a contributing partner by putting up a stall in the premises at the base station. The entire agenda was to generate awareness about the wildlife of Jammu & Kashmir, particularly in the area of Pir Panchal Himalayan Mountain range which has the status of a Wildlife Sanctuary, among the national as well as international students visiting the stall. The stall displayed a variety of merchandise including Wildlife SOS T-shirts, stuffed toys and calendars along with items made by the Kalandar community like cotton block printed scarfs and key chains. Wildlife SOS was a part of this carnival for four days, where the team of the organization worked tirelessly to educate the visitors about the noble idea of wildlife conservation and how a little support can go a long way in helping the animals. The work of our dedicated team caught the attention of the organizers and they were felicitated for their efforts during the concluding session of the carnival. 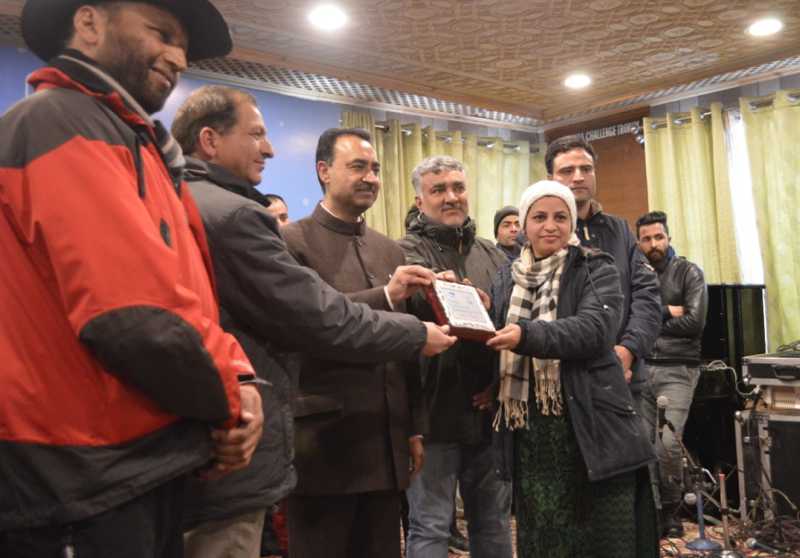 However, an outrage remained in the public’s memory for reasons other than the scenery or the winter sports. A video of a snow leopard in skirmish with some skiers started circulating the internet last year which caught the attention of various animal organizations including Wildlife SOS.  An Australian skier was leading a group of people when he spotted the leopard and asked the group to stop. The camera that he was wearing on his body recorded the entire event. The video shows the snow leopard emerging out of the snow, seeming startled to see humans entering his territory. He briefly chases a skier too before running off into the snow.  The skiers described the experience as “exciting and thrilling” but what they do not realize is that it is also life threatening.  A senior official of the Tourist Department was thrilled after hearing this news as he thought this would boost their tourism. Humans exploit nature and its beauty in the name of development but they don’t realize that it comes with a cost. The skiers were just lucky to have escaped without a scratch. Wildlife SOS focuses on educating people about how to avoid situations like these, how to react if you encounter a similar situation as well as eco-tourism. 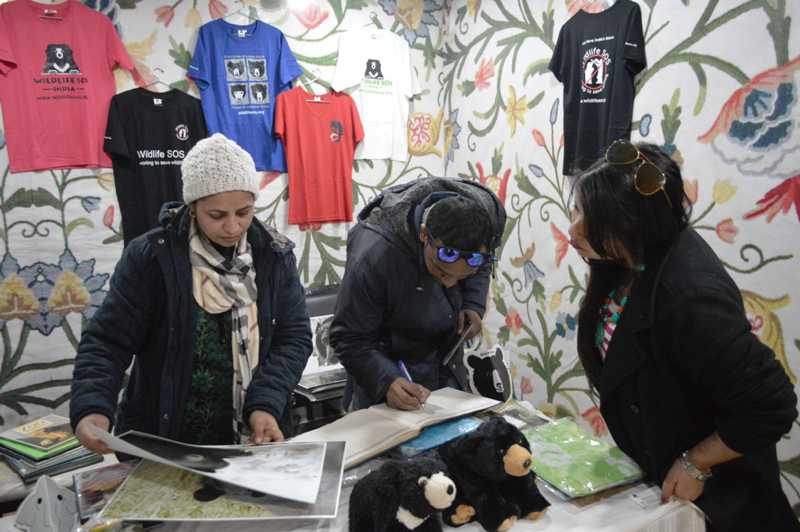 Using the informative brochures, Aaliya Mir, Manager of Wildlife SOS Jammu & Kashmir Centre, educated the visitors and participants of the carnival on how to respect nature and wildlife. An audio visual corner was also established where Wildlife SOS highlighted the role it plays in conserving wildlife and rescuing and rehabilitating animals. Awareness on Wildlife SOS’ current projects was also generated along with man-animal conflict mitigation, through movies, documentaries and stories. .  The real beauty of Kashmir, untouched by humans, is enough to attract tourists to visit the magnificent mountains without disturbing the wild in its natural habitat.