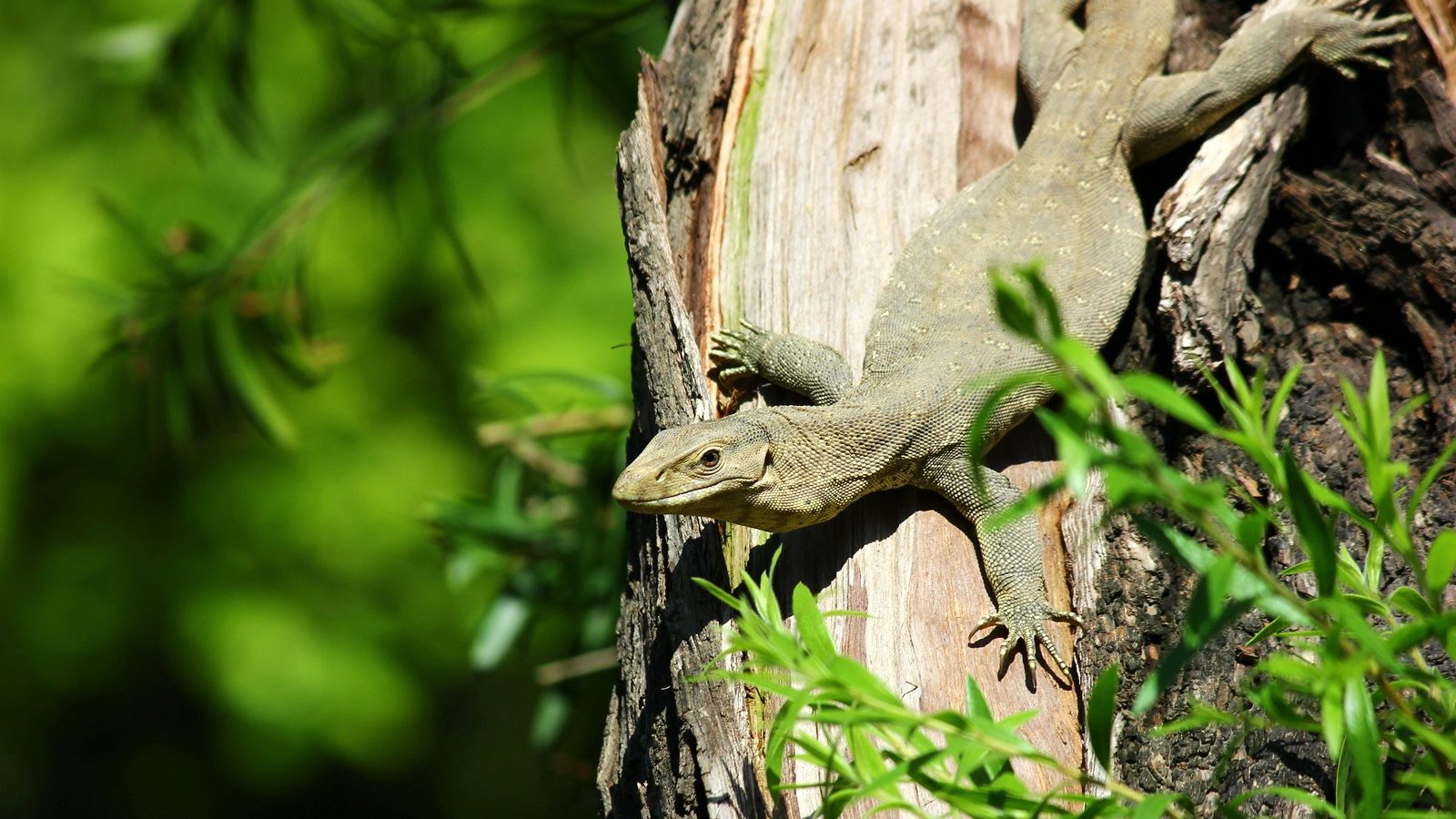 The word Lizard itself can run a chill down one’s spine. Even the sudden movement of a Common house gecko on the wall is petrifying! The daunting eyes, bulbous webbed digits, and the ability of the animal to lose and regrow its tail (!) contribute to an ever lasting fright amongst so many of us.

However, this is not all there is to know about lizards. They have evolved to adapt and thrive in human-dominated environments. By controlling the population of smaller animals like insects, they play a desirable role in the ecosystem.

Famously known to change its body colour, the Indian chameleon (Chamaeleo zeylanicus) is one of the most widely known lizards in our country. The phrase “changes colour like a chameleon” describes deceit in common conversation, and owes its meaning to this animal’s peculiar feature. The chameleon’s movement, body colour, and behaviour help it to adapt to its environment. Excellent camouflaging skills make it the master of stealth! The ability to regulate their own body temperature helps chameleons change their body colour according to the surroundings. Changing body colours help them to communicate with other chameleons, and avoid predation.

An arboreal (tree inhabitant) reptile, Indian chameleon’s webbed feet, slender limbs, and a long tail allow it to easily grip and make balance on plant stalks. The lizard also has eyes that can rotate independently to locate prey. Having one of the fastest tongues that can shoot out to 1.5 times its body length within milliseconds, the chameleon can grab whatever it sets its eye on! Its preferred meals include vegetation and small insects such as grasshoppers, butterflies, and dragonflies– making it a crucial part of the ecosystem.

Although not widely recorded, the Indian chameleon population faces severe anthropogenic threats. Due to rampant urbanisation and habitat loss, the species is affected by vehicular accidents and agricultural activities (such as the use of pesticides). It is also poached and smuggled illegally across borders for pet trade or beliefs associated with witchcraft. The species is protected under CITES and Schedule II of the Wildlife (Protection) Act, 1972.

Oriental garden lizard (Calotes versicolor) is known to those speaking Hindi as “girgit”,  the lizard that can change colours. Owing to this notable ability (similar to chameleons), the versatile Garden lizards can camouflage well in its surroundings. Males develop a red-coloured head and crest during the mating season, due to which the species is also called a “bloodsucker”.

A medium-sized diurnal lizard, the Garden lizard is widely distributed across India. Generally inhabiting urban spaces, the highly adaptable species is often spotted perching in gardens. It can balance itself on thin twigs and lay still like a leaf. Individuals use the sit-and-wait strategy to forage on plants, invertebrates, amphibians, reptiles, and even small birds and mammals.

By controlling the population of numerous species, the Garden lizard performs a crucial role in the ecosystem. Unfortunately, due to raging pet trade, the reptile has now been introduced outside its native range, thus making it an invasive species.

While lizards are inherently dull coloured, the next on our list is quite the show stopper. Fan-throated lizards (Sitana ponticeriana) are easily identified by their metallic coloured skin patch that hangs from their throats. Also known as the dewlap, it is used by male lizards to flaunt and attract their female counterparts. Not only this, the feature is also used to display aggression and warn off mating competitors. Males can be seen perching upright on their hindlimbs on rocks or shrubs. During the mating season, they also perform “push-ups” or turn their heads from side-to-side in order to get the female’s attention.

Except for the vibrant dewlap, the lizards are dull and can camouflage in their natural environment of dry regions. Fan-throated lizards play a pivotal role in the ecosystem to determine the environment’s health. However, the species faces threats due to rapid urbanisation and loss of habitats.

India is home to four species of Monitor lizards – Bengal monitor, Water monitor, Yellow monitor, and Desert monitor. It is common to sight these lizards in urban areas as they venture here for food and water. With elongated heads, heavy bodies, and long tails, people often consider them to be dangerous, venomous beasts.

The lizard is protected under Schedule I of the Wildlife (Protection) Act, 1972, and is entitled to the same level of protection as tigers and elephants. Monitor lizards play an important ecological role as scavengers and natural pests. They are both the prey as well as the predator for certain species. However, they face the brunt of numerous anthropogenic risks as well. Monitor lizards are hunted and trafficked for their flesh, meat, and several body parts. Their dried genitals are frequently sold as the Hatha Jodi plant which is thought to bring good fortune in occult practices.

Wildlife SOS frequently rescues Bengal monitor lizards that have strayed into human-dominated regions. Our organisation runs a 24-hour hotline in four cities across the country, with trained individuals who safely extricate these reptiles thus avoiding any conflict. If you come across any wild animal in distress, please alert our rescue team on these numbers as soon as possible:
Delhi NCR: +91-9871963535
Agra & Mathura in Uttar Pradesh: +91-9917109666
Vadodara, Gujarat: +91-9825011117
Jammu and Kashmir: +91-7006692300 and +91-9419778280.

To keep up with all of our unique reptile rescues and information, make sure to follow our Facebook Reptile group!