In the central Indian state of Madhya Pradesh, winter brings chilly winds and swirling mist that engulfs the dense green forests that cover the region. And with the cold weather comes cub-season, as female sloth bears, shaggy black denizens of the green forests, retreat into rock caves and muddy dens to give birth to their offspring. Sloth bear cubs are heavily dependent on their mothers for protection and nourishment, their tiny paws clinging desperately to her shaggy fur as they ride on her back wherever she goes. The winter is unforgivingly cold, but cuddled up against their mother, the cubs are safe, warm and content. They will stay with her till they are about 6 months old.

The villagers in Amoni Village of Bhopal, Madhya Pradesh have lived on the outskirts of Bhopal’s jungle refuges for generations, and are familiar with the wildlife that they share their neighbourhood with. So, when they started spotting a young cub scrounging about the village every other day, they knew to stay clear of the animal. Her awkward, abnormal gait piqued their curiosity, but they remained wary- where there are cubs, typically there are fiercely protective mothers.

Still, weeks passed and the cub continued to frequent the village, with no sight of the mother. She was growing progressively thin and her limp seemed to be getting more prominent. Dragging what looked like a mangled paw through the dusty by-lanes of Amoni, she occasionally used her tiny muzzle as a crutch to help her walk. It was heart-breaking to watch, and the villagers decided it was time to contact the local Forest Department.

The Range Officer of Van Vihar National Park was among the first responders to the distress call, and in turn made a quick call to Wildlife SOS’ Dr. Niraj Dahe while on his way to the village. Wildlife SOS’ bear rescue centre in Van Vihar works closely with the Forest Department, and the officials trust us with all bear-related rescues in the region.

When the team reached the spot, there was no bear to be seen. The villagers indicated to the forest clearing that she’d disappeared into, leaving a messy set of uneven tracks as the only evidence of her visit to the village.

If the cub was injured, Dr. Niraj speculated, she was lucky to still be alive. Without her mother, she would most likely starve to death, or find herself the unsuspecting prey of a larger animal. They had to act fast. After setting up trap cages along the outskirts of the village, they ventured out into the forest. With the Forest Department’s help, and the amiable directions provided by local shepherds that had long since grown familiar with the cub’s habits, they tracked her down, and got her safely back to the Van Vihar Bear Rescue Facility run by Wildlife SOS. 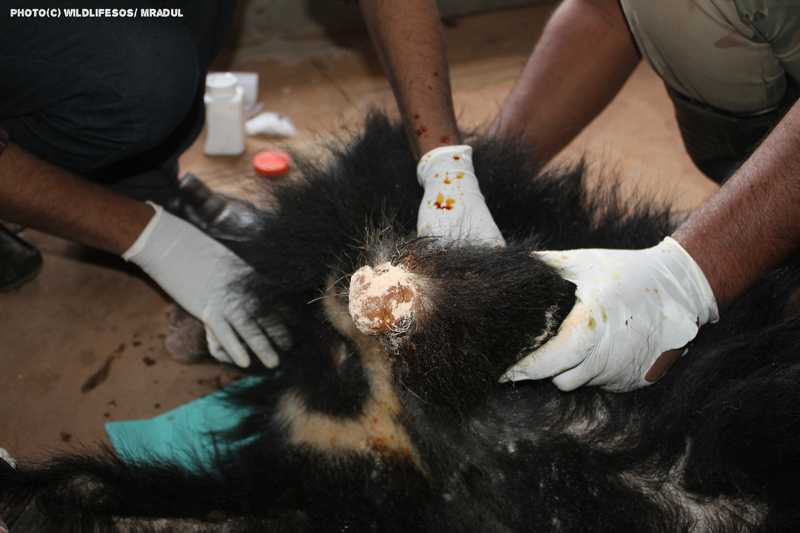 The cub was, naturally, terrified- shaking violently and swiping her single weak forelimb at the Wildlife SOS staff when they tried to approach her. Tragically, one of her front paws had been severed, possibly by a leg trap or a poacher’s snare. Initial examinations revealed that the wound was fairly old, its cause indeterminable, and had gotten severely infected due to lack of treatment.
“Our prime focus was to stop the wound from getting infected further, so we put her on anti-biotics and are treating and dressing her leg daily,” Dr. Niraj tells us, “We’re giving her some time to grow comfortable with her new surroundings, as she is currently extremely scared and stressed out.” 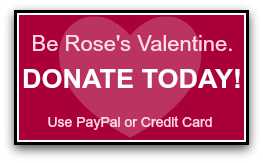 Limping about the grassy patch in her enclosure, the cub, who we named ‘Rose’, breaks all our hearts. She struggles to walk, barely making it a few feet before collapsing. Her tiny muzzle is muddy from being dragged along the ground as she uses it to support the weight of her body in the absence of her left fore-paw. Rose cries when she’s alone and trembles with fear when people approach her. Her food for the most part goes untouched, even the milk bottle that has nursed so many of our rescued cubs is unappealing to the frightened cub. It’s impossible to watch without a lump in your throat and the feeling that your heart might break.

With no mother’s love keeping her warm and helping her feel safe, it’s going to take a while for Rose to learn to walk, for her to grow comfortable enough to eat and sleep, and even longer for her to learn to trust her keepers and the vets. Her wounds will heal, Dr. Niraj assures us, but the fear and anxiety will take longer to fade. But we’re willing to wait it out- seeing her healthy and happy will make it worth all the heartbreak- and we’re determined to get there with as much care, patience and love is needed. 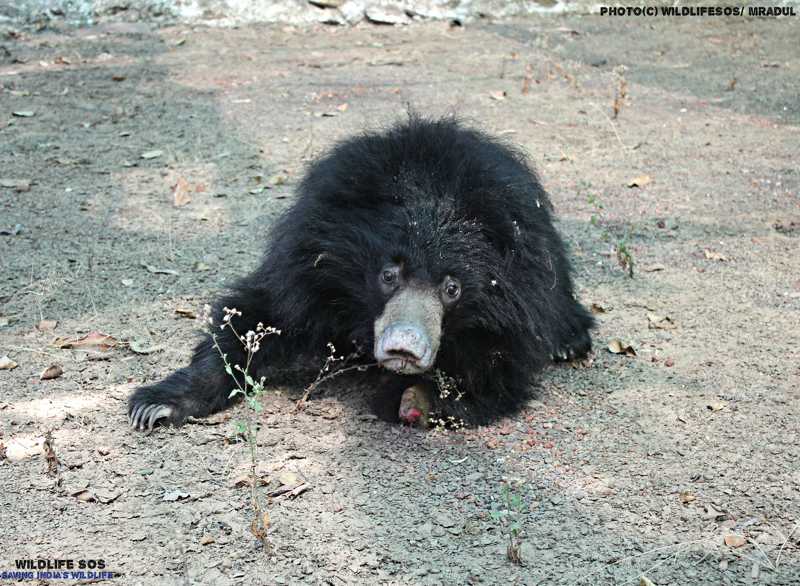 Help us give Rose the love she deserves, and so desperately needs. Please donate for her care and treatment.