Two men wait somewhat impatiently for a train to arrive at the Mathura Railway junction. Their luggage comprises of three large jute bags, which quickly arouses the suspicion of the police officers patrolling the platform.

They approach the men and insist that they reveal the contents of the bags and upon inspecting them, were shocked to find 18 monitor lizards and 16 flapshell turtles tied and stuffed inside the bags.

The police took immediate action by arresting the men on grounds of illegal trafficking of endangered wildlife species and brought them into custody for further questioning. They were allegedly smuggling the reptiles from Alwar, Rajasthan and were planning on selling them to potential buyers in Delhi. 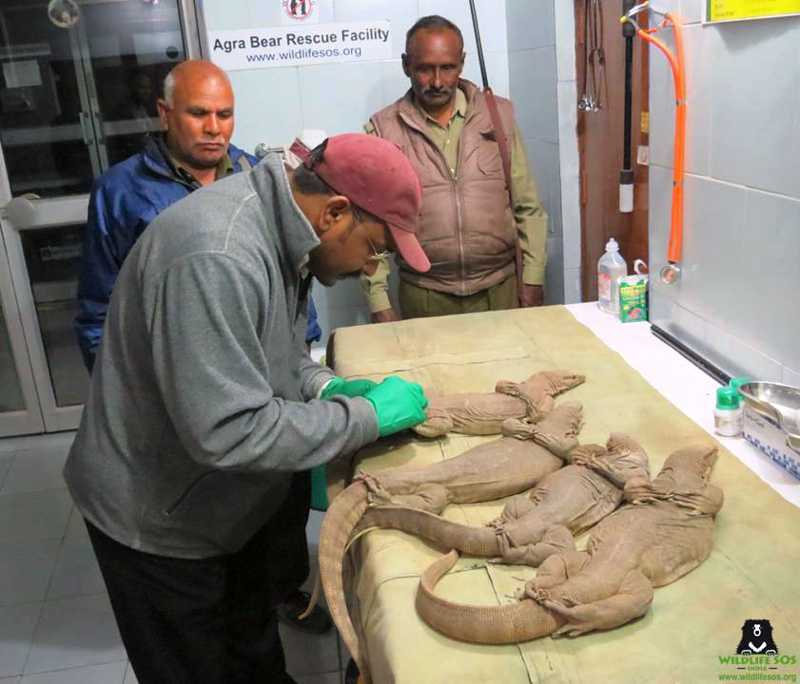 The reptiles were then transferred to Wildlife SOS’s Agra Bear Rescue Facility where the senior veterinarian Dr. Ilayaraja and his team performed an emergency operation to free the terrified lizards as their claws were brutally tied to their backs. Two of the lizards were in a more serious condition as they have deep cut wounds on their body but all necessary treatment has been carried out to stabilize the condition. Unfortunately, one of the 16 turtles was already dead at the time of rescue. 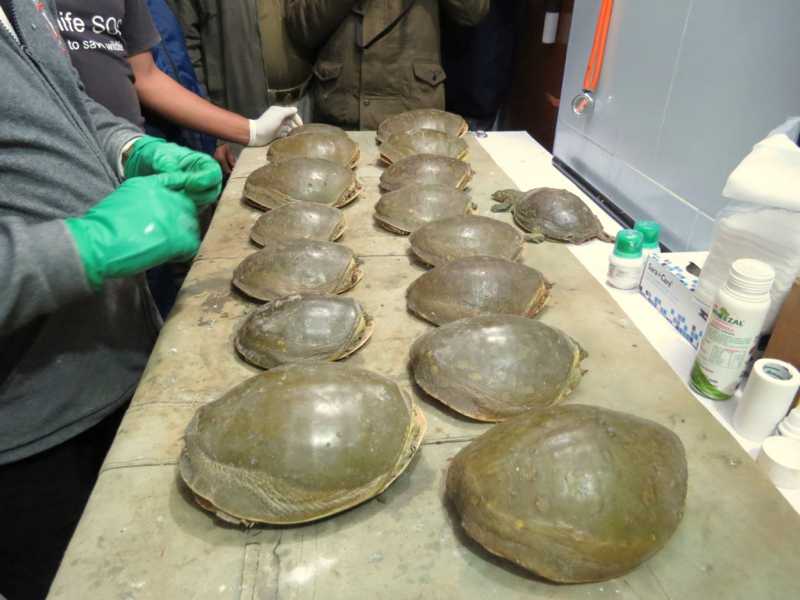 Mostly traded for their shell that is believed to have medicinal and healing properties, The Indian Flapshell Turtle (Lissemys punctata) is listed under Schedule One of the Wildlife Protection Act of 1972 and thereby is granted the same level of protection as the tiger. The Indian Monitor lizard (Varanus bengalensis) has been pushed to an endangered status due to over-poaching and loss of natural habitat. They are used as a source of leather and also hold superstitious significance in fertility rites, or serpent festivals.

The turtles have been safely released into Keetham Lake, located in the protected forests of Sur Sarovar Bird Sanctuary which the Agra Bear Rescue Facility is a part of. The monitor lizards are still under observation and will be released, once deemed fit to survive in in the wild.