Earlier this month, the Wildlife SOS team at the Bannerghatta Bear Rescue Center was invited by the Tamil Nadu Forest Department to conduct a training program for their personnel on Census techniques. The two day program was attended by over 150 forest officials from Attur, Salem and Namakkal divisions of Tamil Nadu, all of whom very keen on sharing their experiences with our team.  Mr .S. Swaminathan, Wildlife Biologist gave a practical demonstration and shared various methods of sampling and conducting wildlife census.

This was followed by a presentation by Dr.Arun. A. Sha Director-Wildlife Veterinary Operations about the work done by Wildlife SOS to protect and conserve wildlife across India. The program also focused on conservation ethics, alternative methods of mitigating man-animal conflicts and developing communication skills in the field to help the Forest Department rescue teams to be better equipped for such operations. 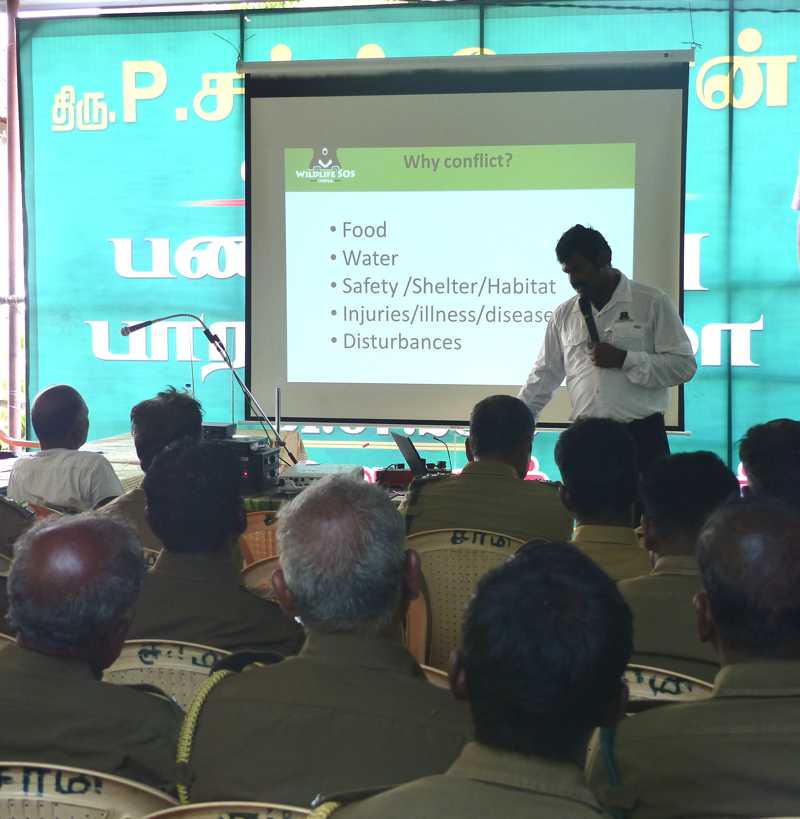 By nature, the primary instinct of most wild animals is to avoid human contact; however, due to rapid urbanisation and habitat modification, they find themselves struggling to grasp a foothold in the vanishing forests. On finding their territory and prey base depleting, they are forced to prey on domestic animals and livestock, causing financial loss and these episodes often lead to several man-wildlife encounters and conflicts.

Conflict between humans and animals have negative impacts for both species. People suffer crop damage, depletion of livestock, and destruction of property and sometimes even lose their lives in such encounters. On the other hand, it also results in destruction of habitat, the collapse of wildlife populations and intensifies negative human attitudes towards wildlife, which can lead to violent and brutal consequences for wildlife species that are caught in man-animal encounters.

In order to reduce such conflicts, we believe that it is imperative to work with communities living near wildlife habitats to raise awareness about using techniques for avoiding and resolving man-animal encounters in a more sensitized manner. This also encourages action for a more sustainable future. 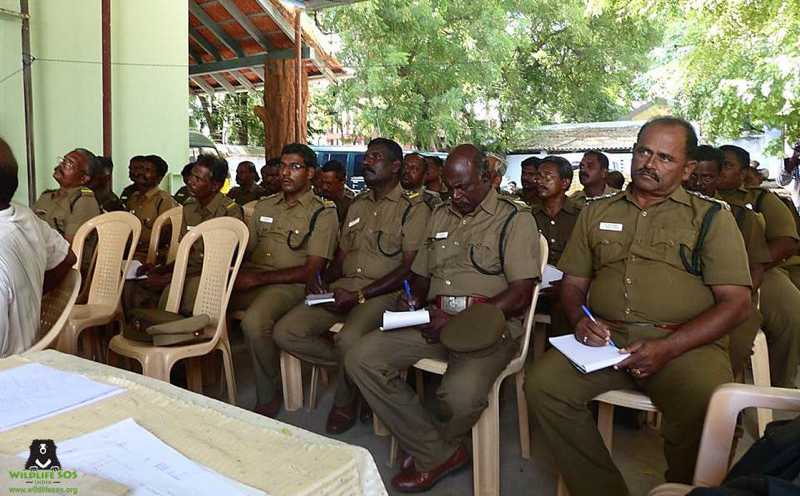 The program was a success and Wildlife SOS has been invited to coordinate and lead a census of wild gaurs to provide a scientifically accurate picture of their population in the region. It is important to estimate the sizes of wildlife population to establish and appraise effective wildlife management practices.  Periodic assessment of animal populations enables us to improve Protected Area Management as well as learning about the number and distribution of various species in the wild, which further helps in conserving and protecting them.