The vast acres of Soor Sarovar Bird Sanctuary plays host to a rich variety of flora and fauna. Keetham Lake, a fresh water wetland situated within the sanctuary is home to several resident and migratory birds as well as several turtle species.

On an otherwise quiet and peaceful morning at the sanctuary, a man from a neighbouring village was passing by the lake when he noticed a large fishing net sprawled out on the banks. He took a few steps forward to get a closer look and was horrified to find several turtles trapped inside the net, with a few even struggling helplessly to escape from it. Concerned for their safety, he immediately alerted the forest department officials who in turn contacted the Wildlife SOS rescue team at the Agra Bear Rescue Facility.

Our rescue team rushed to the site and with the help of the forest department officials, managed to cut through the fishing net and free the traumatised turtles. There were over 50 turtles out of which 42 were already dead and the surviving 12 turtles were released back into the lake. 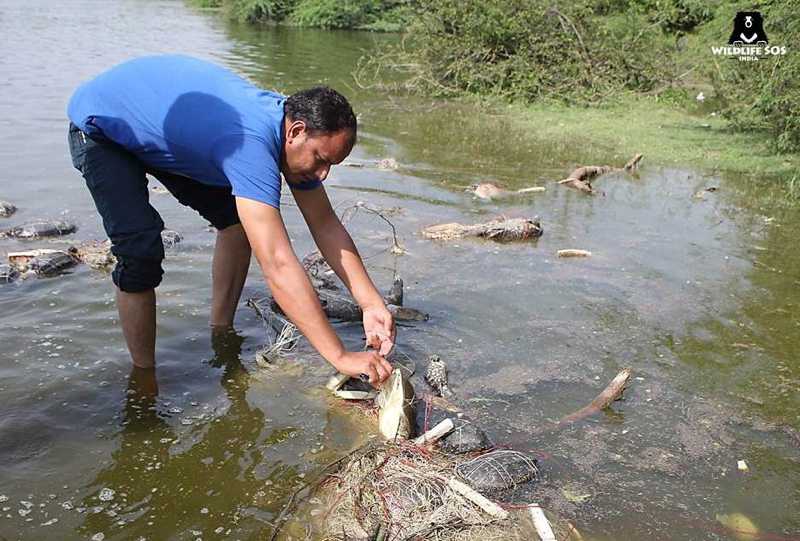 The net is presumed to have been laid out by poachers who were planning on capturing and illegally trading them in the black market. Recently, there has been an increase in cases of wildlife poaching in the district and the Uttar Pradesh forest department has been putting in their best efforts to capture those responsible for committing these inhumane crimes. 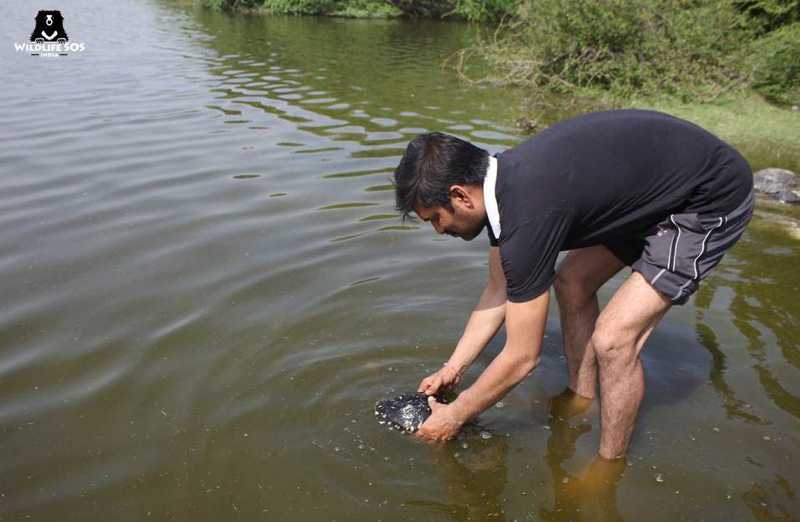 Turtles are mainly poached for their meat and their shells are believed to have traditional healing and medicinal properties. Illegal trade of turtle species continues to be prevalent in India on account of various superstitious myths and beliefs attributed to them. The team identified four different species of turtles- the Spotted Black turtle (Geoclemys hamiltonii), Indian Soft shell turtle (Nilssonia gangetica), Indian Flap shell turtle (Lissemys punctata) and Indian tent turtle (Pangshura tentoria), all of which are protected under the Indian Wildlife Protection Act 1972.

You can also catch a glimpse of the rescue HERE.