India celebrates Wildlife Week from 2nd to 8th October every year to raise awareness about the subject among people. Wildlife SOS celebrated this week with great enthusiasm hosting events and educational visits at the Agra Bear Rescue Facility in Uttar Pradesh. The subject of wildlife conservation is increasingly gaining ground in India and the World and it is the need of the hour to focus our efforts and take timely action before we reach a point of no return.

While Mr. Baiju Raj, Director, Conservation Projects at Wildlife SOS went across schools holding awareness talks organised by the Uttar Pradesh Forest Dept. at the Sur Sarovar Bird Sanctuary, i-Explorer, a well-known travel company which focuses specially on school groups organized a day trip for 130 students from higher secondary from various schools across Delhi to the Agra Bear Rescue Facility. The Agra Bear Rescue Facility which is home to over 200 sloth bears rescued from the 400 year old barbaric practice of ‘Dancing Bears’ in India which was ended by Wildlife SOS. The students were welcomed warmly and were given a detailed tour of the rescue facility after refreshments were served.

The students were thrilled at the sight of the bears playing around and enjoying themselves and asked a great deal of questions regarding their rescue and rehabilitation. They showed keen interest in the smallest aspects of the project ranging from the diet of the bears to the management of the bear enclosures. They also interacted with the staff and the bear keepers to better understand the nature of these bears and their dark history. They were very touched by the heartening stories about the rescues of these bears and even expressed interest in volunteering and fundraising for our fuzzy honey loving friends.

Following the tour, they were shown a documentary about these sloth bears and their rescue, ’The Last Dance’ which moved them to tears. They felt very motivated to do something for the sake of these animals and promised to return with their families to see the bears again. This screening was followed by a talk by Mr. Baiju Raj, who spoke at length about the importance and the various aspects of wildlife conservation in India and the world. He also discussed conservation of the natural habitat of these species and the various deleterious effects of its rapid depletion. He also addressed the various queries that the teenagers had in mind related to wildlife conservation and protection. 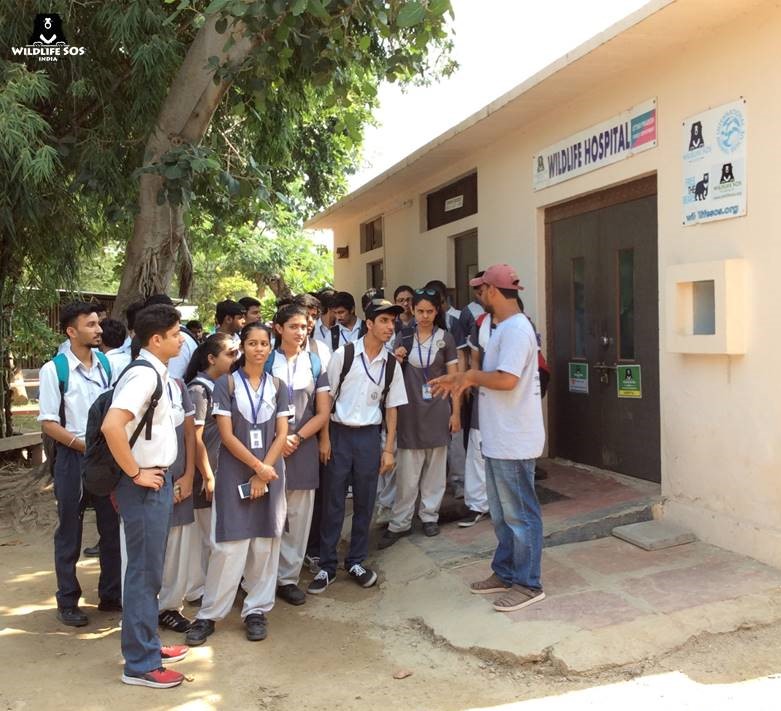 Apart for this, the students also had a chance to interact with the veterinarians at the centre and witness the love demo of darting the bear. The veterinarians explained them the unique physiology of the bears, the various health issues faced by them due to being kept in captivity for years and how each of these issues is treated and taken care of. Subsequently the children had lunch at the centre where they expressed their happiness at being able to visit the centre and learn so much and promised to do their bit for India’s Wildlife. As a selfless and heart-warming gesture of love and concern for these animals, the students also donated a part of their monthly allowance for the care of these bears. Their generosity and kindness assured us that India’s precious wildlife will now be in safe and responsible young hands which will not let it perish.