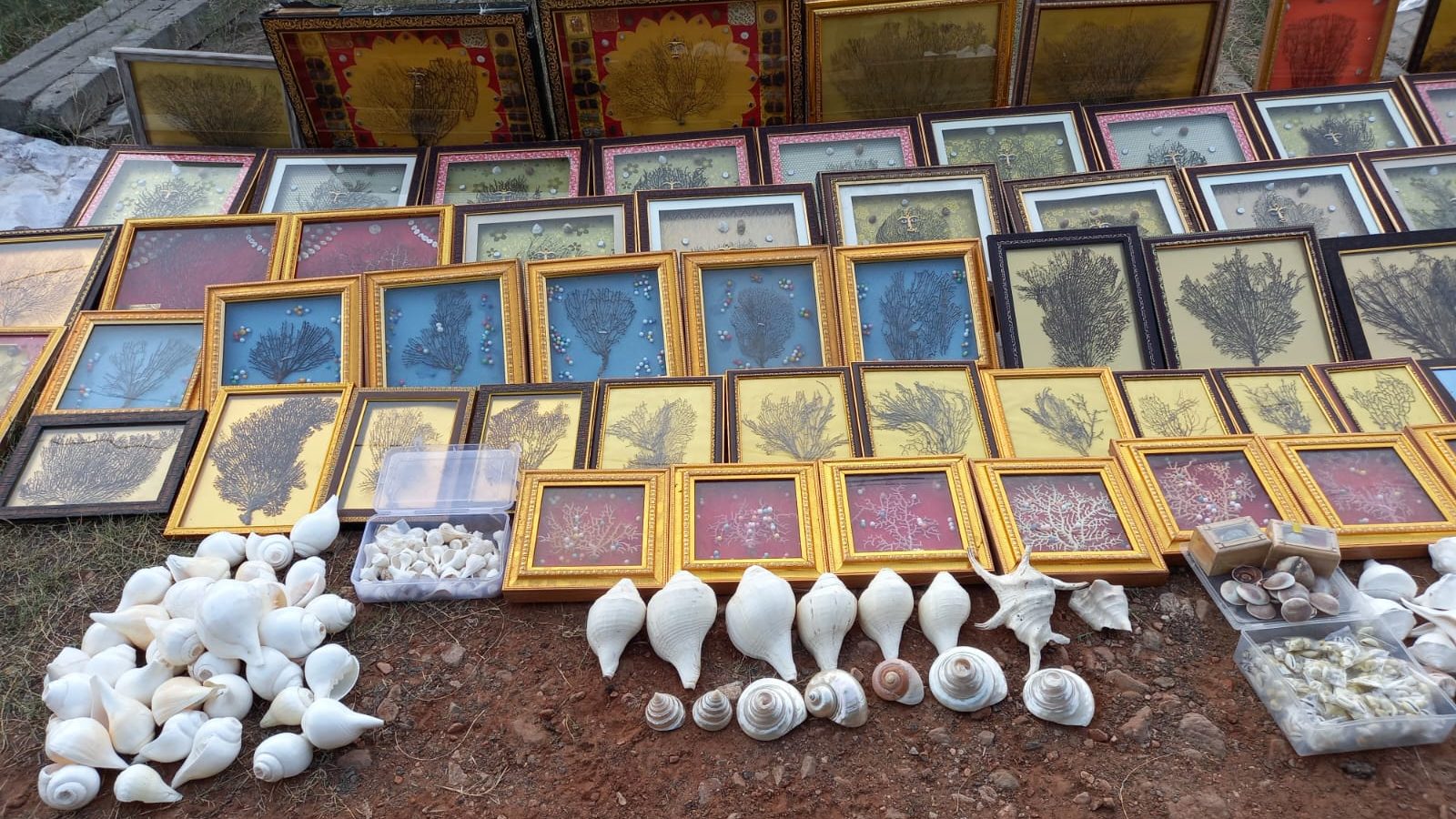 From mammals and reptiles to birds, fish and corals — about 6,000 species of animals have been seized from illegal trade globally between 1999 and 2018. In India, most of the seized items that have been procured from animals include mongoose hair, snake skins, rhinoceros horn, tiger and leopard claws, bones, skins, whiskers, elephant tusks, deer antlers, shahtoosh shawls, turtle shells, musk pods, bear bile, medicinal plants, timber, corals, and live birds.

Trade in over 1,800 species of wild animals, plants, and their derivatives is prohibited under the Wildlife (Protection) Act, 1972. Poaching and possession of protected wildlife and illegal trade of body parts is a non-bailable criminal offence. If convicted, the accused could be jailed for up to 7 years. Despite having a strong legal framework that regulates and restricts wildlife trade, protected wildlife species continue to be traded illegally across India.

Recently, the Wildlife SOS-GSPCA (Gujarat Society for Prevention of Cruelty to Animals) team assisted the Gujarat Forest Department in conducting a massive raid about 30 km from Vadodara, Gujarat. This successful operation was a culmination of gathering intensive intelligence over several weeks by the Wildlife SOS-GSPCA Rapid Response Unit. Our team alerted the forest department about several wild animals and body parts being kept for illegal trade in temple shops. The shops, meant for selling items related to temple offerings, worked as a cover for the trade of marine wildlife and other contraband. After confirming the location, the team assisted the forest department in an elaborate undercover operation to nab the perpetrators.

During the raid at the shops near Kuber Bhandari temple in Karnali, locted in Dabhoi taluka, the teams confiscated a total of 68 Black corals, 15 Monitor lizard genitals, 31 siyar singhi (believed to be jackal horns), 71 seashells and conches and even two live Softshell turtles. Four people involved in the trade were immediately arrested and interrogated for further information. Based on initial investigation, it is believed that the traffickers had smuggled the wild animals from Saurashtra, a region in Gujarat located on the Arabian sea coast.

Why Are These Animals Traded?

Black corals, Monitor lizard genitals, seashells, and Softshell turtles often find their usage in black magic rituals and irrational beliefs. Superstitions drive the demand for these endangered animals. Some owners of shops and hotels frame and keep black corals at their cash counters since this is believed to bring in good fortune.

The genitals of Monitor lizard, a reptile which falls under Schedule I of India’s Wildlife (Protection) Act, 1972, are passed off as the rare hatha jodi plant, which is assumed to ensure prosperity. These beliefs, however, have no logical basis and are completely unscientific. Due to the plant’s rarity and extremely high demand, the genitals of Monitor lizards are sold as the plants because of their close resemblance.

The Seashell trade is majorly driven by its demand for curios — accessories, buttons, combs, lampshades, fashion articles, other decorative items, and souvenirs. They are sold openly not just in markets along coastal regions, but across the entire country. Shells in massive quantities are generally obtained as bycatch by the fishing community, and they often end up in trade.

A demand for siyar singhi (jackal horns) in black magic rituals and astrology is also prevalent. The Jackal ‘horn’ sold is in fact an artificial product that is put together by poachers and traffickers using mud, skin and tufts of hair. The most widespread belief is that this illusionary horn can ward off evil spirits and bring good luck.

During a second raid carried out by the Wildlife SOS-GSPCA and the Gujarat Forest Department, a total of 15 birds, including nine Alexandrine parakeets and six Rose-ringed parakeets, were seized in Vadodara. The birds were kept illegally as pets in households and the information was relayed to our team by the neighbours.

Possession and trade of native wildlife species are illegal under the Wildlife (Protection) Act, 1972. Of the 11 native species of parakeets, the Rose-ringed and Alexandrine parakeets are two of the three most traded birds in the country, the third one being the Plum-headed parakeet. Parakeets face the brunt of illegal trade not just in India, but worldwide. Poachers generally use nets and glue to trap these birds from the wild. Besides putting international security at risk, the pet trade also threatens the entire population of parakeets.

Today, the wildlife trade poses the second biggest threat to the survival of biodiversity, after habitat destruction. Thus, Wildlife SOS actively works to curb the trafficking and illegal trade of wildlife through its anti-poaching unit, Forest Watch. Our team gathers and relays valuable information that helps enforcement authorities such as state forest departments, the Wildlife Crime Control Bureau (WCCB) and even the police in tracking down wildlife traffickers and busting trade rackets.

You can also play a huge role in curbing illegal trade. Become a monthly donor for Wildlife SOS and support our work, so that we can save the lives of those animals who deserve to live in the wild.