Leopard. Looks like a cub. Caught in a trap. Tikli village, on the border of Delhi and Gurgaon.
The Wildlife SOS rescue team is on their way less than ten minutes later, hurtling down the road, rescue equipment at the back of the vehicle. The tension is palpable. Trapped leopards rarely survive the anger of villagers.

The region is flanked by the Aravali hills, scattered with scrub jungle but criss-crossed by roads. A cub in the area is a promising thought, testament to the presence of a healthy, reproducing leopard population. But the situation is worrying- a trap means poachers, and that’s a deathly threat to the leopards. Wire snares and traps are illegal, and the Wildlife SOS team puts out an immediate alert to law enforcement in the area to keep an eye out for people in possession of similar poaching and trapping equipment before another innocent wild life is compromised.

When they reach the area, the sight that meets their eyes is heart-wrenching. The cub can’t be more than five months old. Her right front leg is distorted and soaked in blood, enmeshed in the wires of a poaching trap, and she stares up at the crowds gathering around her with terrified, pleading eyes. The team gets the crowd under control while Wildlife SOS veterinarian Dr. Abhishek crouches near the trembling animal to inspect the damage.

The Forest Department questions the villagers for a while, but information about the trap or the people responsible for it, if known, isn’t forthcoming. However, the officials gather that an adult female leopard and a cub have been spotted in a nearby field, giving everyone a momentary glimmer of hope of reuniting the mother and her cub.
But Dr. Abhishek is apprehensive. The paw looks like it is damaged beyond repair, made worse by the panicked struggling of the young cat. Gently comforting the animal, the rescue team gets to work, carefully disentangling her mangled paw from the deadly wires cutting through her flesh. Once her paw is freed, the vet takes a second look at the animal. The prognosis is heart-breaking. The bones of her forelimb have been shattered by the impact of the trap. Without treatment, the cub will never survive in the wild and, as of now, reuniting the helpless baby with her mother is out of the question.

The leopard is put in the rescue vehicle and a decision is taken to transport her to the Agra Bear Rescue Facility run by Wildlife SOS in the neighbouring state of Uttar Pradesh, which has an Operation Theatre equipped to deal with wildlife. The cooperation and goodwill of the concerned Forest Departments, Haryana and Uttar Pradesh, swiftly pushes the necessary paperwork through and the journey to Agra is underway.

Dr. Ilayaraja S., the senior veterinarian at the Agra Bear Rescue Facility, is waiting at the Operation Theatre as the jeep rolls in.
“The leopard’s front right limb was completely crushed, with multiple fractures at various parts of the radius and humerus. She was understandably in a state of severe distress, and cried constantly through the examination. We have done what we can, fixing the bones in place and putting the limb in a plaster cast to allow it to heal properly.”

But the struggle is far from over. For five days, the extreme stress of the situation leaves the cub bewildered and terrified, and she refuses to eat, kept alive only by regular IV fluids. Severely distressed and uncomfortable, she chews on her cast and tears at the bandages on her leg every time they are replaced by the vets.

A call is made to Dr. Ajay Deshmukh, the senior veterinarian at Wildlife SOS Manikdoh Leopard  Rescue Centre, halfway across the country, in the state of Maharashtra, and the leopard vet suggests they try easing the stress on the animal before continuing with treatment. On consultation with Dr. Ajay, the young leopard is moved to larger space and introduced to a meal of boiled eggs, which she takes to immediately. The development gives us a little hope. She gains a little strength and shows the first promising signs of activity- guarded excitement at the sight of an approaching meal.

Her condition is slowly stabilising, and she’s still under treatment at the centre, with all the attention and care of our staff directed to her and all our hopes pinned on a full recovery. 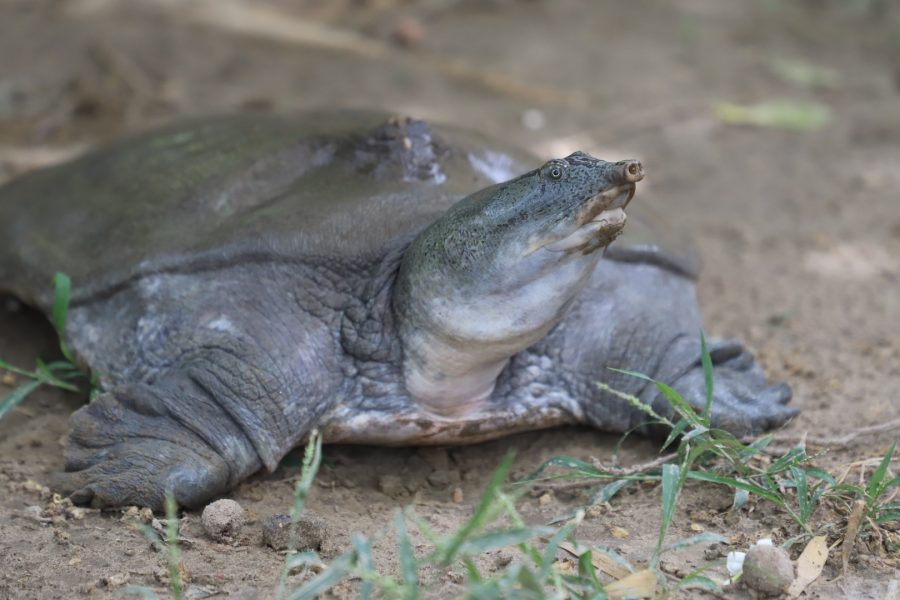 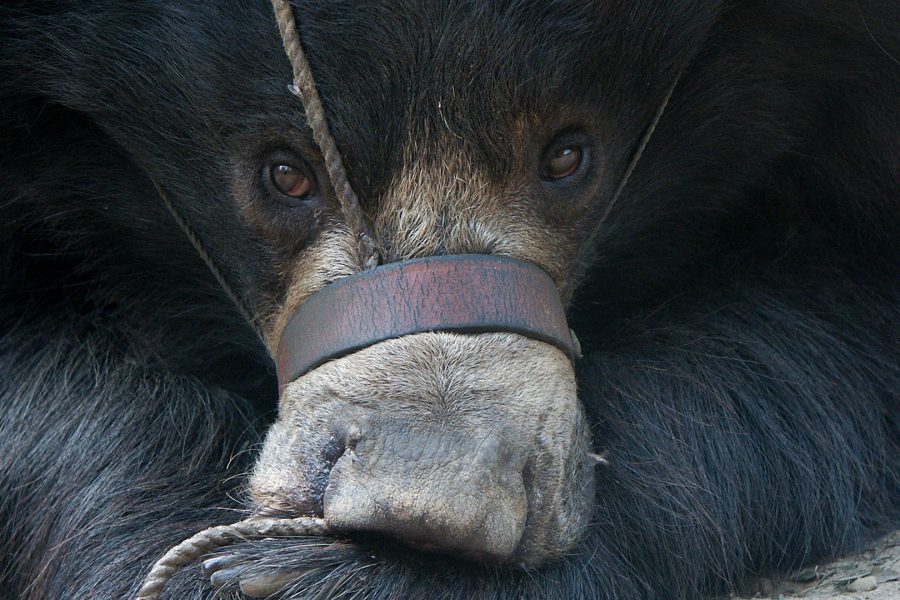