When planning a trip to India, many people decide that riding an elephant would be an unforgettable addition to their itineraries. These rides seem innocent enough on the surface, what with their colorfully painted elephants and the stunning and smiley Instagram posts, but the truth that lies behind the facade is dark indeed. The elephants working at Jaipur’s Amber Fort and other tourist attractions endure beatings, absurdly heavy loads, untreated wounds, and countless other miseries. To combat this cruel industry, and educate people about elephant riding, in 2018 Wildlife SOS launched a campaign called Refuse to Ride.

On the campaign’s website, there are many ways to take action and make a difference. For example, you can sign a petition to urge governmental authorities in Jaipur to end the abuse of elephants used for riding in the city. There is also a link to make a donation. In fact, donations right now can make a huge difference in the last phase of the Refuse to Ride campaign, which is reaching Delhi- Agra-Gwalior-bound travelers with advertisements that alert them to the cruelty inherent in elephant rides for tourists.

At this very moment, we are running seat headrest ads on trains that carry tourists into Agra, when they are a captive audience. The Golden Triangle comprising of the popular cities of New Delhi, Agra and Jaipur is a much-traveled route in Northern India. We hope that this message will stick to the tourists who continue their Golden Triangle journey to Jaipur or elsewhere, and refrain from riding elephants. 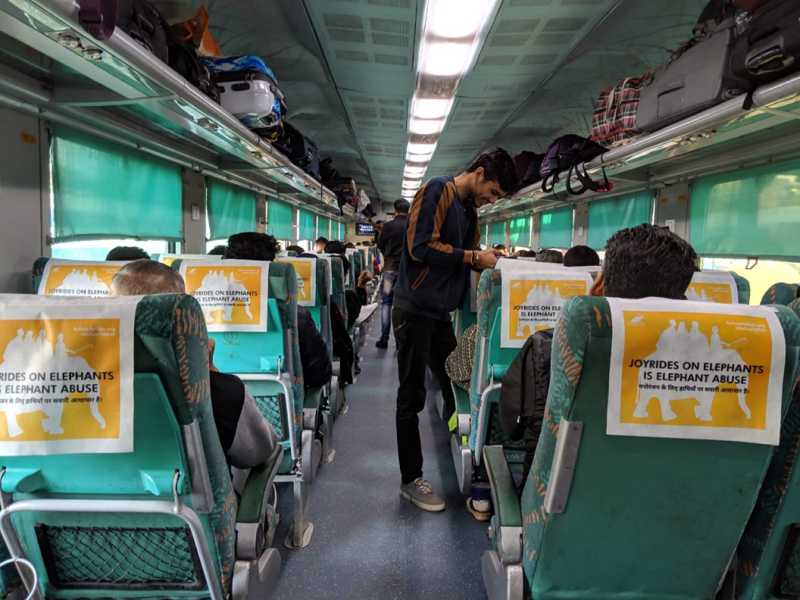 We are optimistic that this campaign can help bring out true change for the elephants in Jaipur, and all around the country. Thank you for supporting the campaign, and for sharing it with your friends.