Suraj is a male temple elephant who is about 45 years old. Sometime in his past, his entire left ear was ripped off. It was so long ago, that no one remembers how it happened, but we suspect it could have been when he was captured from the wild as a baby and separated from his mother and herd.
When our team arrived at the temple recently to check in on Suraj, he was standing in his own excrement and urine, in the same dank room he has occupied for years, perhaps decades. His heavy chains clanked as he shifted uncomfortably in his place.
Our vet got to work examining him, and discovered that poor Suraj is basically suffering from the tip of his trunk to the end of his tail. He has bullhook wounds on his head, a lice and tick infestation, cracked and painful toenails, foot rot, infection in both eyes, and even a severe injury to the tip of his tail.
While our team did not yet have the official permission required to rescue him, they simply couldn’t leave without trying to give Suraj some small measure of comfort. So they managed to convince his handlers to take him out for a short walk in the sunshine, with a brief stop at a nearby river. 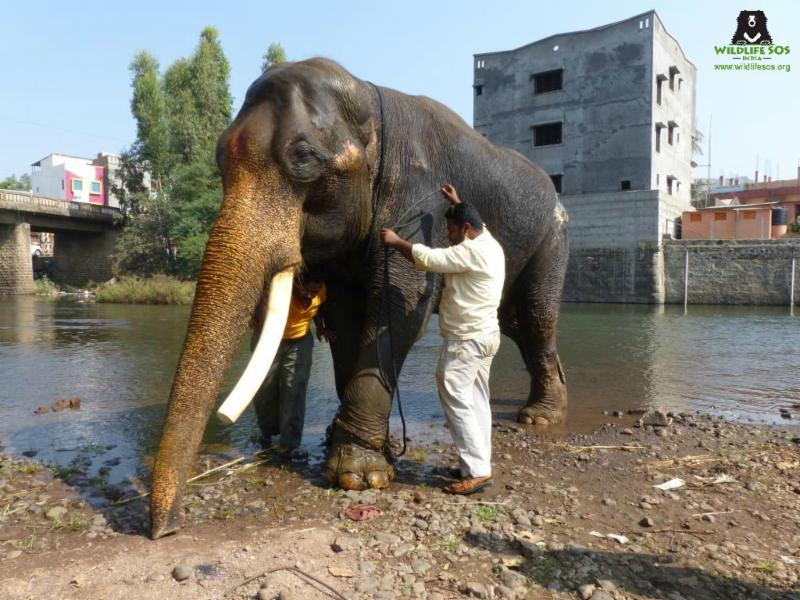 This video shows Suraj out on his walk, and though he seemed to enjoy his small adventure, you can see how abnormal and labored his gait is. His pain is evident and heartbreaking. But it is not inevitable. With your help, he can find relief.
Suraj means “sunshine” in Hindi. It’s a name we chose for him because we are determined to get him out of that dark room. With your help, we can give him more than a taste of freedom, more than just a few minutes of sunshine. We can give him a whole new life and a bright future.
We have already cleared two of the three hurdles we initially faced in our effort to rescue Suraj. Your support so far is bringing us closer every day to setting him free. Together, let’s bring Suraj home for the holidays.

Elephant Of The Month: Bhola

Rescuing The Rare And Elusive Species Of Kashmir