As the first rays of sunlight escape the veil of wispy clouds, the elephant caregivers arrive at the Elephant Conservation and Care Centre (ECCC) in Mathura. They walk towards the various elephant enclosures, glance over the jumbos in deep sleep and make sure that they are all set to start the day. Some of the jumbos, like young Walnut, are already wide awake and awaiting their caregivers, even before the birds begin chirping at the crack of dawn! Others like aged Suzy continue their peaceful slumber, and are awoken by the soft touches of their caregivers. Each caregiver is finely attuned to the needs of their jumbos, and each has a different approach to his work depending on the personality of their elephant.

As I arrived, the centre was abuzz and work was in full swing — the day sure begins early at  ECCC for the veterinarians, the elephant caregivers and even the security guards who make sure that nothing is amiss. After a conversation with the veterinary officers about the health conditions of various elephants, I was welcomed to follow them on their routine. The team begins their day by taking a round of the grounds of ECCC to check if the centre is functioning smoothly. Though one’s first instinct suggests that the veterinarians are out to check up on the health and progress of all resident elephants, in actuality, this process of making rounds involves a lot more.

The veterinarians not only pay attention to the elephants, but also check to see whether the infrastructure of the centre requires any extra work. While I accompanied the veterinary officers for their rounds, one of them noticed that a part of the fence of one of the enclosures looked a little weak, owing to the rains and the wear and tear over time. He pointed this out to the other staff members, which led to a discussion on whether the part needed to be replaced or not.

While shadowing a veterinary officer, I learned about the various health conditions faced by elephants, and some common issues like foot problems faced by Asian elephants when they were rehabilitated from begging or giving rides to tourists. Though we were engrossed in the topic, he kept an observant eye on his surroundings, and suddenly stopped to check the water trench within Emma’s enclosure. He mentioned that the drinking water for all the elephants had to be replaced regularly, and the water trench is to be kept clean. Upon noticing a cobweb on one edge of the enclosure — a tiny detail that one wouldn’t necessarily spot in a centre so large — he called out to Emma’s caregiver to clear out the trench attentively.

As we resumed our walk around the centre and crossed Mia’s enclosure, the veterinary officer  mentioned how she still suffered from ailments caused by her traumatic time as a circus elephant. Upon heading towards the bull elephants’ section, we stopped near Rajesh’s enclosure, where his caregiver was feeding him some fruits while observing his behaviour. The veterinarian interacted with the caregiver, who pointed out a small scratch near Rajesh’s toes, which would not have been noticeable to a layman.

The caregiver brought to our attention that Rajesh was showing some signs of musth, which could begin anytime in the next month. Musth is natural among bull elephants and is characterised by an increase in their testosterone levels, which leads them to become more aggressive and irritable. During this time, one can see a temporal secretion trickling down their head, and a steady trickle of urine in the back legs. For the safety of both the elephant and the humans involved in caring for him, it is best to minimise contact and veterinary treatment during this period unless it is absolutely critical. To ensure that Rajesh got the best of care, the veterinary officer and Rajesh’s caregiver discussed some musth management measures to take for the bull elephant, and also informed the other elephant caregivers of the developments.

As we resumed the walk across the centre, the veterinary officer divulged to me how the elephant caregivers are like their “dictionary” for elephant body language, as they can instantly notice even the most minute behavioural changes, and even predict the onset of musth. They are quick to highlight the presence of ailments, injuries or discomfort that the elephant faces. Just like a nurse is highly important for supporting a doctor, the elephant caregivers are essential during medical treatments and form a key part of ECCC.

Upon reaching Bhola’s enclosure, another veterinary officer was already present there, conducting minor treatments on Bhola’s tail. He was disinfecting a wound on Bhola’s tail, and had applied herbal medicine paste to help with the healing process. Tail injuries are another common trend that one can see with captive elephants that were used for begging and tourism, with some owners going as far as to pluck and sell the elephant’s tail hair on the black market!

After the round of morning treatments was done, all the veterinarians and elephant caregivers at the centre congregated at one location near the kitchen. Here is where the afternoon porridge for the elephants is placed on giant plates that have their names on them.

The warm porridge is doled out to each elephant in different amounts, depending on their bodily requirements. For a healthy elephant like Maya, she may consume about 1 – 2 kilograms of porridge at a time, as she also eats various fruits, vegetables and fodder in her diet. However, for an elephant like Suzy, who cannot munch on hard materials like sugarcane, her helping of porridge may be more than 12 kilograms! Feeding time is vital, also because this is when the caregivers and the veterinary team discuss how elephants have responded to the medications that they are being given, and whether the prescribed course needs to continue or not.

Since elephants have a very strong sense of smell, some of them are able to sniff out the scent of medicines mixed into their food! Due to the bitter taste of the medicines, they sometimes refuse to eat the food, and the caregivers have to find creative ways to make sure that the elephants end up consuming their medications. Sometimes, sticking the medicines into a ball of porridge doesn’t cut it, because the smart jumbos locate them easily before conveniently discarding them, much to the dismay of the caregiver. At other times, the caregivers may stuff the medicine within the juicy bits of watermelon or papaya, and the unsuspecting elephants would successfully swallow their necessary dosage.

As they went about distributing the porridge, I overheard the caregivers telling each other about the health and behaviour of the elephants they care for, and taking advice from other caregivers. This is how all the caregivers remain informed about medication, musth and behavioural changes of every resident elephant at ECCC.

I decided to accompany Maya and Phoolkali’s caregiver as he went to feed the two jumbos. The scent of the warm porridge wafted towards the enclosure, and Maya was the first to scurry towards us, extending her trunk out to ask for the porridge. The caregiver handed her balls of porridge, which she carefully held in her trunk and brought up to her mouth to eat. While Maya had her meals, Phoolkali patiently awaited her turn some distance away from us. When Maya was finally done with her share, Phoolkali gracefully approached the caregiver and slowly ate her meals.

While Phoolkali ate her food, I prompted the caregiver to tell me more about his job of caring for these jumbos. With a wistful look in his eyes, he mentioned that caring for them wasn’t just ‘a job’; that these elephants were like family, and so, caring for them came to him naturally. He mentioned that he was especially attached to Maya, even if she broke all of the enrichments that he would painstakingly set up for her. As I looked up, I saw a hanging enrichment full of dates that had several holes on each of its sides for Maya to take her treats out from. And sure enough, just as the caregiver had said, the drum enrichment was completely bent out of shape! When I asked if the enrichment was old, the caregiver laughed and said that it was actually brand new, but Maya’s powerful trunk could immediately bend any enrichment out of shape in her haste to get to the treats within.

After making sure that Phoolkali had eaten her fill of the porridge, the caregiver washed her plate and returned it safely to its spot in the kitchen. He told me that the rest of his day consisted of making sure that the enclosures were spick and span, bathing the elephants, checking them for any abnormalities and practicing target training with them if necessary. After all that, he would be taking Maya, Phoolkali and Emma out for an evening walk, while the veterinarians did some paperwork to make records of each elephant’s medical treatments.

Evening walks tend to be more leisurely and slow-paced than the elephants’ morning walks, and at ECCC, all our jumbos head out to the fields with their caregivers. The more playful groups like Laxmi, Bijli and Chanchal spend their walks with loud chirps and playful nudges while comparatively mellow groups like that of Maya, Emma and Phoolkali spend their time sampling the vegetation and occasionally rumbling at each other. The day comes to a close with the elephants back in their respective enclosures, playing with their enrichments or slipping into a deep slumber atop their soft mud beds.

It is truly a life-changing experience to see how these elephants are able to receive the medical care and shelter that they deserve. Each elephant at ECCC has a different story, with some like young Peanut and Coconut having been rescued from a circus at a very young age before they could suffer from permanent trauma, others like Suraj have lived out over 40 years in a cold, damp room, suffering permanent injuries like losing an ear. Spending just one day at ECCC would allow you to develop a new perspective on the condition of Asian elephants in India, and the impact that exploitative animal tourism has on this species.

If you wish to spend some time at the Elephant Conservation and Care Centre, learning about Asian elephants and helping us with the care of the resident jumbos, you can email us at volunteer@wildlifesos.org

You can also donate to us, and support our efforts of providing these elephants with the best medical care, food and shelter. 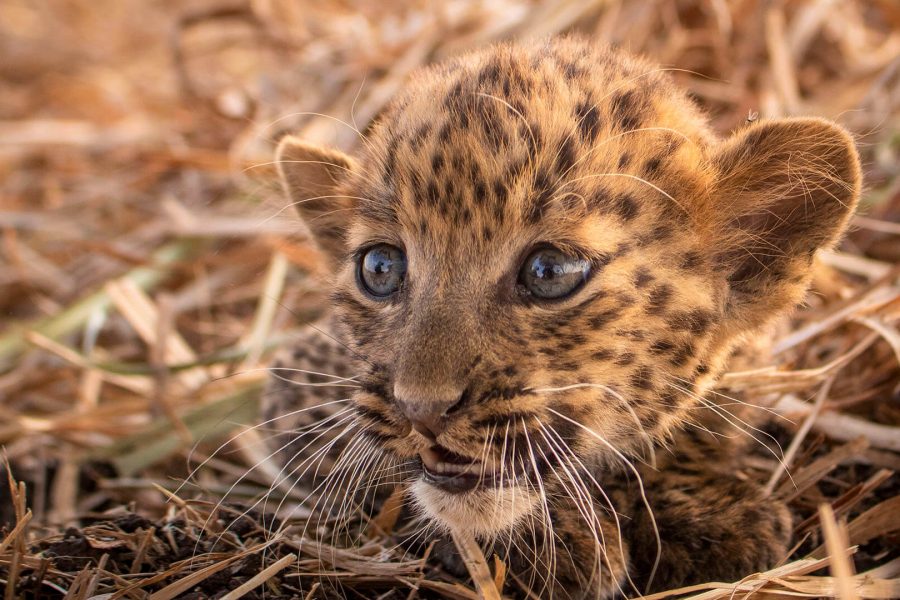