Come July and the eager anticipation of the monsoon showers marks the everyday mood of life in India. The rejuvenating raindrops bring the much-needed respite to the tired and withered souls from the harsh summers. Everybody collectively heaves a sigh of relief and rekindles their spirit. After facing nearly five decades of cruelty and suffering, in July 2014, elephant Raju too was liberated from the seemingly never-ending harshness of his life as he left his barbaric past behind to begin a new chapter.

Life had been unfair to Raju at every step and turn. Snatched away from his mother and herd at a young age, his encounter with love was short-lived. As his spirit breaking training began to become an elephant for namesake only, love faded away completely and indifference took over his life. He was denied basic care for he was simply a means of making money to the many owners who had ‘invested’ in him. Raju changed many hands, but never did he experience kindness from any one of them. Day after day he walked on the tarred roads, in the scorching heat and chilling winters alike, outstretching his trunk to beg for alms. As if the pain of walking on the unnatural surface was not enough, Raju’s owner would keep him hobbled in rusting spiked chains that dug into his skin making each step more painful to take. In fact, he received a fresh batch of merciless beating every day from his owner who would not hesitate from using a sharp bull-hook and a wooden stick with a sharp nail hammered onto it to keep Raju tamed. With severely compromised nutrition, this tall elephant was gaunt and underfed. His body resembled a battleground, his bodywas riddled with open bloody wounds, scars and chronic abscesses. Humanity had failed this pachyderm and we knew if something was not done soon enough Raju would collapse!

After carefully tracking Raju and his owner on the streets of Allahabad, Wildlife SOS’ team built a strong team for his rescue and launched a global campaign to bring Raju’s plight into the spotlight. With much needed support from the Uttar Pradesh Forest Department, the perfect opportunity to rescue him from the streets of Prayagraj (erstwhile Allahabad) arrived. The rescue operation lasted two days as his cruel owner tried his best to evade the seizure. Raju too was understandably apprehensive of the team for he had only suffered at the hands of humans. However, our team was patient of his apprehension and gave him a lot of treats before loading him onto the transportation truck to take him to his new forever home at the Elephant Conservation and Care Centre (ECCC) in Mathura. Beating all odds, Raju arrived at ECCC at midnight on the 4th of July, where our senior veterinarian, Dr Yaduraj, finally removed his chains and spikes. It was a profound moment that symbolized Raju’s embarkment towards a safe and kind future with Wildlife SOS.

A lot of has changed for Raju in the last five years and he has made remarkable improvements in his physical and mental health. Since the very first day of his arrival at ECCC, our team of veterinarians and keepers have tirelessly tended to him to aid his physiological recovery. Under their care, Raju has put on healthy kilos that have helped strengthen his immunity. His wounds have healed and his chronic abscesses too are responding well to the treatments. Although his chronic wounds may never fully heal, our doctors work hard to keep them contained. He is also given pedicures regularly to prevent his toenails and cuticles from overgrowing and causing him distress.

With peace and serenity marking his every day, Raju has grown to become comfortable at his new home. He is now more trusting of the team taking care of him and realises that they are not there to harm him. This change has been especially pronounced since Surendra (Raju’s keeper) started looking after him. Surendra is always ready with comforting words for Raju and the two have bonded well. In fact, this otherwise strong-willed elephant now does not mind letting himself go and seeking lighter moments in life. He is an absolute delight to watch in the pool as he spends hours and hours splashing water over himself and sometimes his keeper too! Our team is yet to find an enrichment that can top his love for rubber tubes that he enjoys squeezing in the pool.

As today marks Raju’s fifth year with Wildlife SOS, our team had been buzzing with excitement to make this day special for him. The team, fondly called Team Raju, had been carefully planning this big day for weeks now. Using cooked raggi porridge, the team prepared a special elephant friendly cake for him which they garnished with Raju’s favourite watermelons and pumpkin. Juicy green fodder was laid down by the team and arranged in the shape of a number ‘5’ for Raju to devour. Team Raju poured their heart into making these treats for him!

Raju for sure enjoyed these treats for he was oblivious to the people watching him as he devoured them quickly and meticulously. Using his dexterous trunk, he made sure to eat every bit of the cake leaving none on the plate! The ornament too he very skillfully tore down to eat the fodder. It was certainly delightful to watch him rattle the ornament around to loosen it and eat the fodder quickly.

Time and again Raju has shown us that hope and a strong will are the best possible tools at our disposal. It fills us with immense joy that Raju is enjoying his life of freedom, which has been possible because of your support. 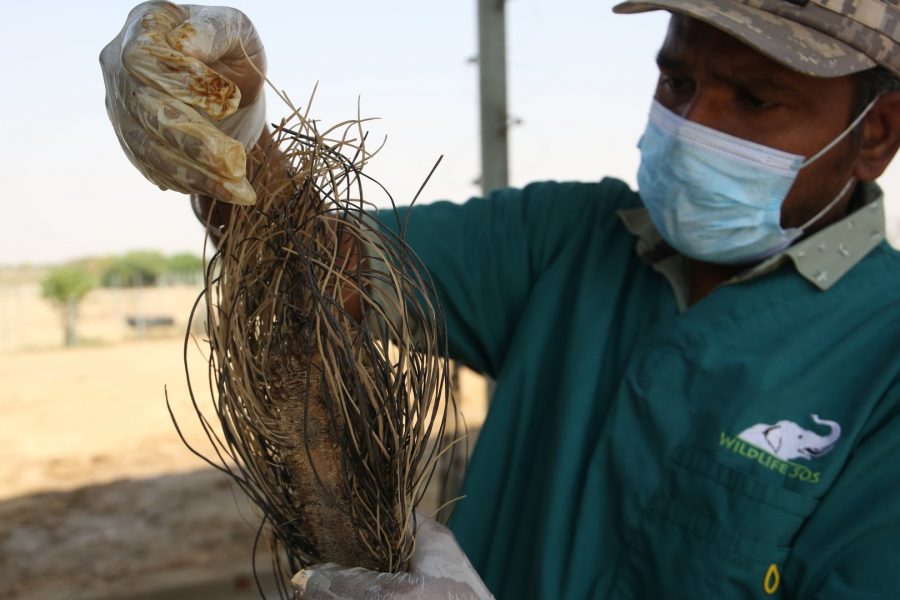 A Tail of Torture: Common Tail Injuries In Rescued Elephants 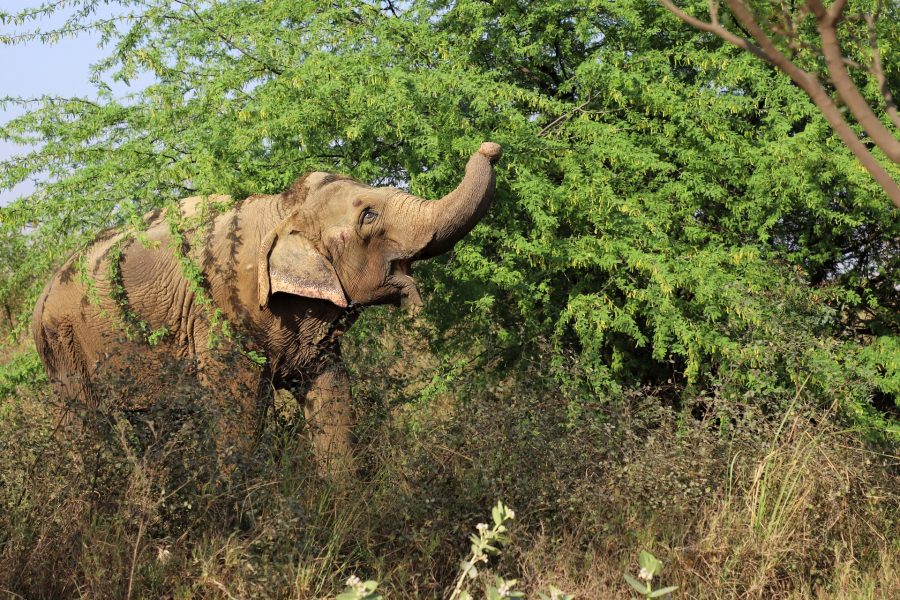 Elephant Of The Month – Ginger 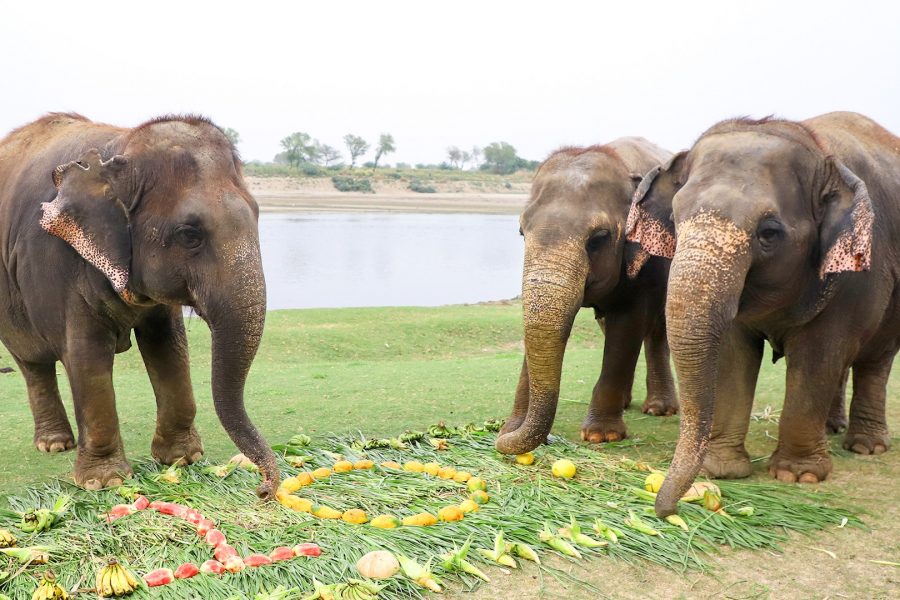