Every day during evening hours, our visitors and volunteers are left awestruck with the sight of a magnificent tusker silently walking to the centre after his evening walk.  His long, regal tusks never fail to catch one’s attention and leave them fixed in their tracks wanting an uninterrupted sight of him.  Our dear Suraj, however, remains oblivious to the enticing powers that he has, for over four decades of abuse had shattered his confidence completely as he struggled both physically and mentally.

Bony, weak and gaunt were the few adjectives that our team used to describe Suraj when they first met him. He had accepted his dingy concrete room, with barely any space to move around, as his only home for 50 years. His spirit had been broken so badly that he would never dare to not follow his keeper’s command. When unsure of a situation, he would simply sway his head sideways on and on. Despite his tall stature and glorious tusks, there seemed to be not an inkling of confidence within him as his shrivelled body seemed to be curving inwards.

It was a heart-wrenching sight, for we had never met such a broken elephant before. He was easily scared by anything and everything, whether it be the sound of thunder or a troop of monkeys climbing over his shed. In fact, the smart monkeys at the Elephant Conservation and Care Centre (ECCC) began taking advantage of Suraj’s timidity. They would wait for his fruit bucket to arrive and without hesitation take chunks from it to savour. Our dear Suraj would simply let them be and unlike our other elephants, would never mock-charge at the mischievous simians to assert his mega status. He would even take a step back if need be until his keeper came to his aid.

Building Suraj’s confidence was the key piece of the puzzle of his recovery, which was tied to him gaining physical and mental strength. Our dedicated team of veterinarians and keepers were determined to nurse him to good health and to help him be an elephant again. A special diet was charted for him consisting of a greater portion of energy-rich fruits, herbal immunity boosters, probiotics and health supplements. Suraj would diligently eat everything like it was a feast of the heavens. His long walks with his keeper in the open fields also helped him gain considerable strength. The swathes of green fields slowly became less daunting to him as he became inquisitive and started to explore the new scents and textures on his walks. He even began befriending our other bulls during his walks, as if finally learning the social protocols of a bachelor herd. Every little victory of our sheltered Suraj was and still is celebrated by us with the utmost happiness and a loud cheer!

Of late there has been a big change of personality in our otherwise tender Suraj: he has finally become assertive of his choices, just like we had hoped that he would! This change has been more pronounced in his choice of fruits and vegetables that are served to him. Suraj has made it evidently clear that his palate is too refined for vegetables such as pumpkin, bottle gourd, beetroot, cabbage and horseradish. He nick-picks these vegetables out from his bucket and leaves them on the side, perhaps for his simian friends to enjoy later. He enjoys the taste of soft, sweet fruits only and prefers them over everything else. His keeper tells us that if given a choice Suraj would be content eating mango and melons all his life! While him becoming a picky eater is a sign of his increasing confidence, it certainly does put us in a pickle to come up with creative ways to make him eat his necessary diet.

When this gentle bull joined the Wildlife SOS family in 2015, we decided to name him Suraj, which means ‘Sun’ in Hindi, for it was a new beginning in his life. His healing journey has been nothing short of remarkable with many little milestones along the way. As his confidence blossoms under our care, we cannot wait to see what next will Suraj assert to us! 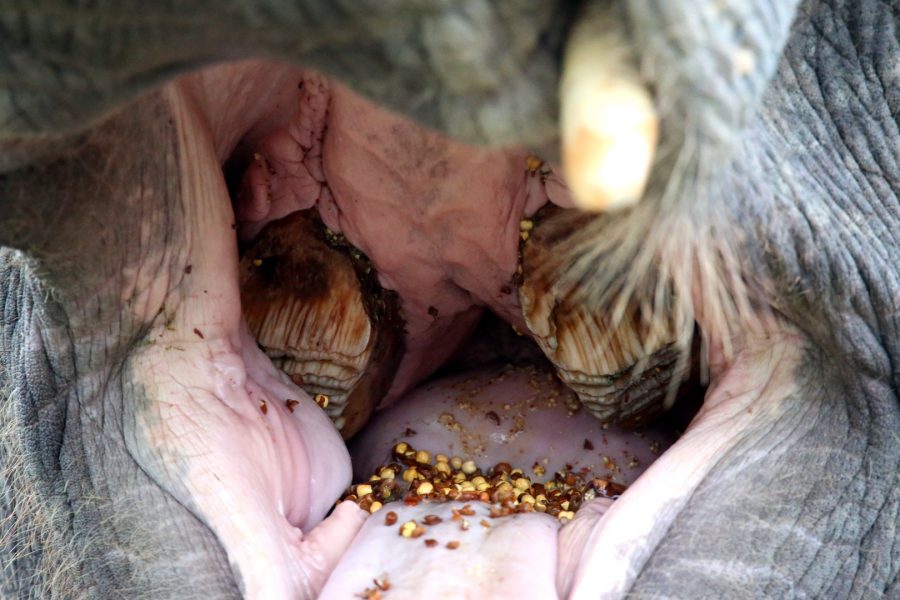 The Role of Molar Teeth In Age Determination of Elephants 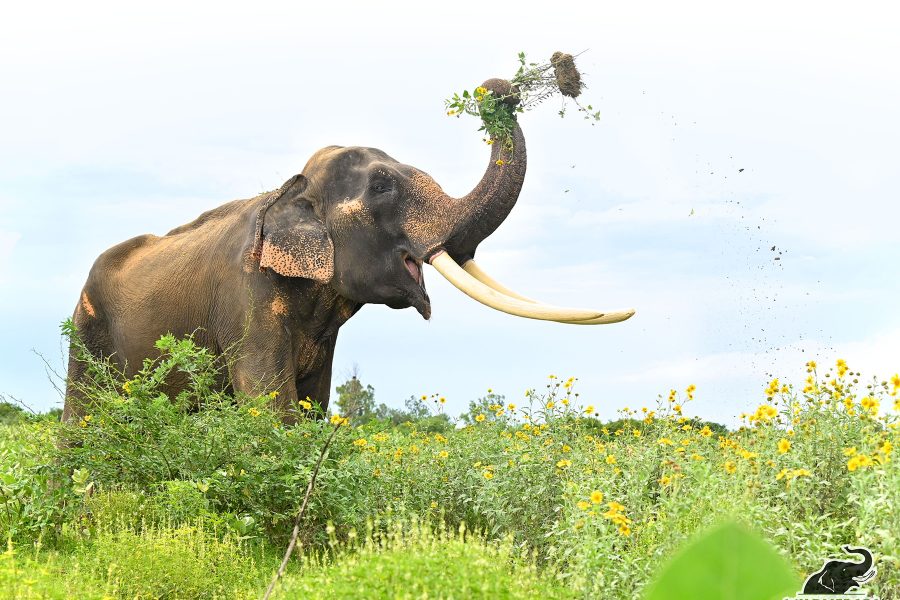 Introducing The Subspecies Of Asian Elephants